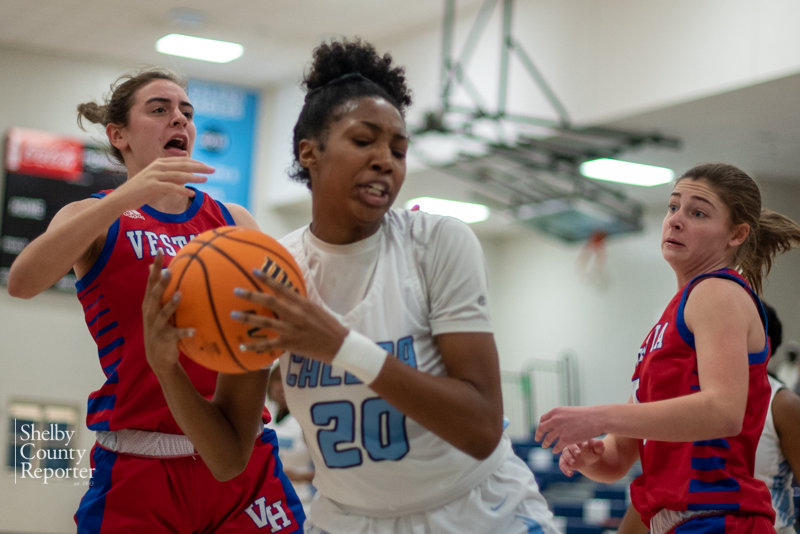 Calera’s girls basketball team will be under new head coach Austin Barnhill this season and hope it provides a spark to an athletic team. (File)

Austin Barnhill is the new head coach of the Calera Eagles’ girls basketball program and is handling it by being proactive about his new team.

It’s just Barnhill’s first year on the job, but he’s already coming up with new ideas to help his team gain a competitive edge for the upcoming season.

“We did something that hadn’t been done in a while and that is create an eighth period workout class for the girls so they’ve been working all offseason,” Barnhill said. “I see the players working hard every day and the dedication they bring to the court and how they want to get better, so I’m just there to guide them in the best way possible and hopefully bring that winning tradition back to Calera.”

Calera will return the bulk of its starters and several others who played in the rotation coming off the bench. The team’s familiarity with each other will certainly help as they band together and learn the new, fast-paced system.

“I’m all about playing hard-nosed defense,” Barnhill said. “I want to run, I want to control the pace of the game, score fast and score a lot of points.”

Tempo and controlling the pace of their contests will be a key factor in the Eagles’ potential success. The players are buying in and have been bringing it in practices.

“We bring a lot of energy that brings everybody up,” senior Shyia Gilmore said. “We put in a lot of work in the offseason, and we’ve never done anything like this in previous years, so this year there’s going to be a lot of change because we put in that work.”

Improving their overall game shape is one thing, but Barnhill also noticed that while the team didn’t lack the ability to play the game, their basketball IQ was hampering their development.

“We had a lot of girls who have a lot of talent, but there wasn’t a lot of communication and knowledge of the game,” he said. “So as we gear up for the season, one of the biggest things is really going to be communicating and learning how to play the game of basketball as a team.”

Being able to run and communicate on the fly will make Calera a unique club that has a good mix of height, athleticism and shooting. If they can tap into that identity, the team’s confidence will flourish.

“Mentality is one of the biggest things for us,” senior Redrea Smith said. “When you step on the court, you have to have confidence in yourself. If you’re playing without confidence you’re dragging yourself down and dragging the team down as well.”

Last year, the team’s lack of fitness affected their ability to defend teams effectively. Barnhill zeroed in on the issues he saw in the offseason and heavily emphasized their importance in that time frame.

“Just going back to last season, I remember we weren’t getting back on defense when we turned the ball over,” he said. “So this year, some of the biggest emphasis was on controlling the ball and, when we need to, run. The girls joke with me about ‘we’re going to be the best track stars in basketball’ because we run a lot and in the game of basketball you’re always running.”

Calera will begin the new era of their program at home as they host Homewood on Tuesday, November 16.