Briarwood set to take on No. 1 Clay-Chalkville in 2nd round 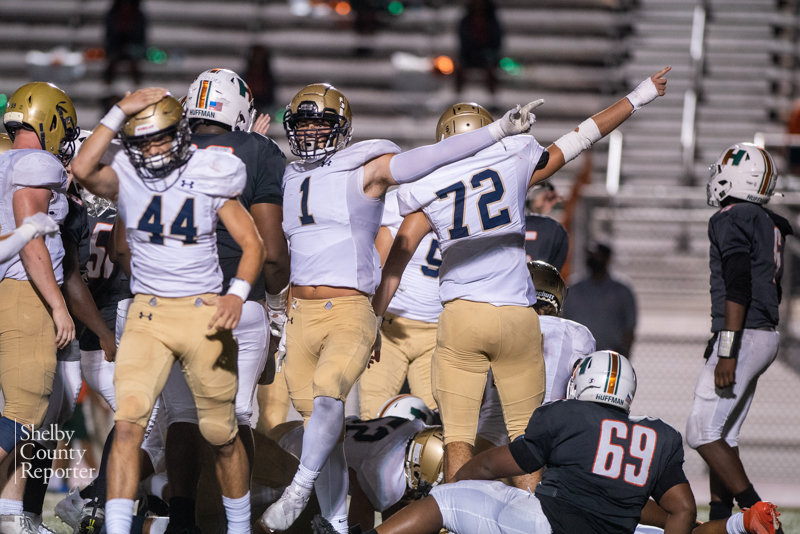 For the second year in a row, the Briarwood Lions’ reward for making it to the second round of the playoffs is a team ranked second or higher in the Class 6A standings.

This year, it is No. 1 Clay-Chalkville, who has been handing it to everyone on the schedule this season.

The Cougars have played sound on both sides of the ball and have three shutouts in a row entering the postseason, including a 54-0 win against Huffman, a 48-0 win against Oak Mountain and a 42-0 first-round win against Decatur.

They pair that with an offense scoring 50.1 points per game that has scored 40 or more in every game and 50 or more five times this season.

The closest game for Clay-Chalkville this season was a 57-40 win against a good Hueytown team, while the Cougars also beat last year’s state champion Pinson Valley 42-23 and a good Jackson-Olin team 46-14.

Yeah, they’re a good team that seems to be destined for the championship this season.

So how does Briarwood win this game?

Well, first, the offense has to take advantage of being in the best shape it has been in since the 2017 team that went to the state championship game.

It is a unit that is healthy, has a strong offensive line and playing arguably the most balanced it has all season and possibly in years.

It helps to have four-star quarterback Christopher Vizzina leading the group, but the return of Luke Reebals to running back following a few weeks battling an injury and Nicholas Dicen to receiver after battling an injury the majority of the season makes a huge difference.

Reebals is a game changer at running back who can not only reel off big runs, but he also has great hands and is a true receiver at times.

Add in Dicen, who totaled close to 150 receiving yards in his first game back last week, as well as Ethan Anderson, who stepped up in Dicen’s absence this season, and you have a team that poses possibly the biggest threat to Clay-Chalkville’s defense this season.

Not to mention Vizzina can take off running with the ball and total more than 100 yards on the ground any given game.

All of that is key in a game like this, because the Lions aren’t a team that likes to win shootout type games.

They want to have more methodical drives, while choosing when to take their shots downfield, while then relying on the defense to also come up with big stops.

And it is a defense that has come a long way this year after losing so much talent off last year’s team.

And they will have to be clicking against a team as talented as Clay-Chalkville on the offensive end.

Briarwood is possibly the toughest test for the Cougars this season, but they’re going to find ways to be successful.

With that, the Lions have to match it and get them out of a rhythm early.

If Briarwood can come out and get a couple of early defensive stops and set the tone that Clay-Chalkville won’t score 40-plus this week, then that will go a long way toward showing that it can be the style of game the Lions like.

And knowing how well the defense is coached, I wouldn’t put it passed them.

But the offense will have to take advantage if that does happen and try to find early points to play with a lead.

I have a feeling that if anybody is going to beat Clay-Chalkville this season, it is a team like Briarwood, because of how hard they play and how much they can disrupt the normal flow of a team.

I do think this will be the Cougars’ toughest battle of the season so far, but they’re simply a really good football team that it’s tough to see losing.