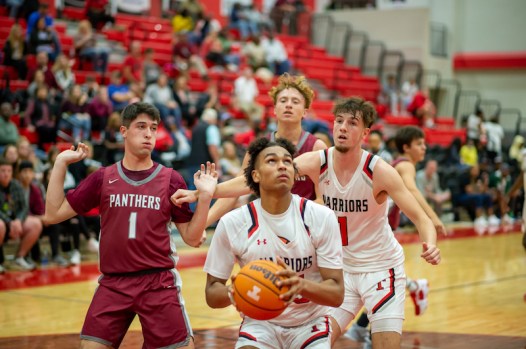 Thompson’s boys basketball team picked up its first win of the season on Nov. 11 behind a 75-16 victory against Brookwood. (For the Reporter/Larry Dancy) 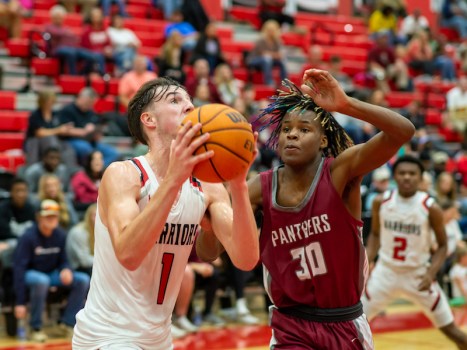 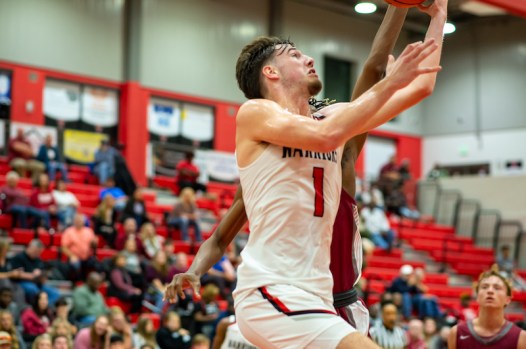 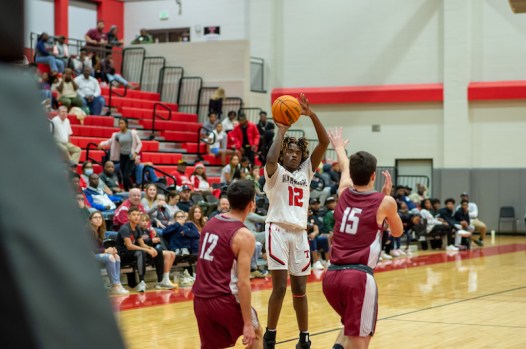 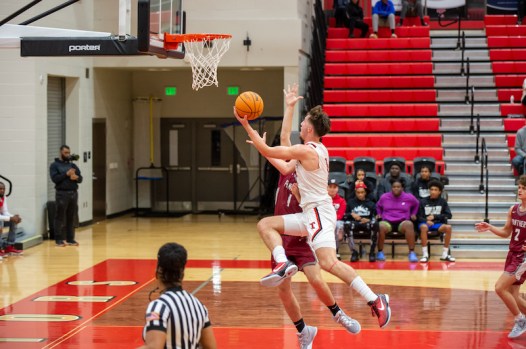 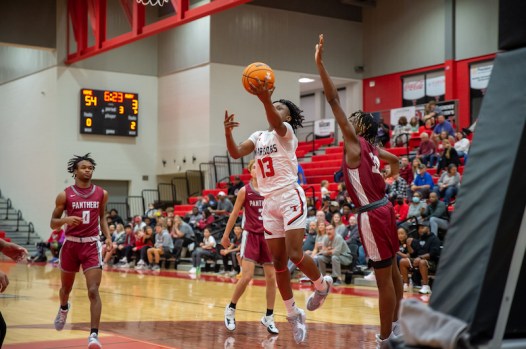 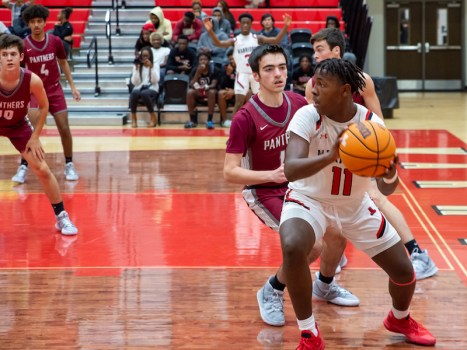 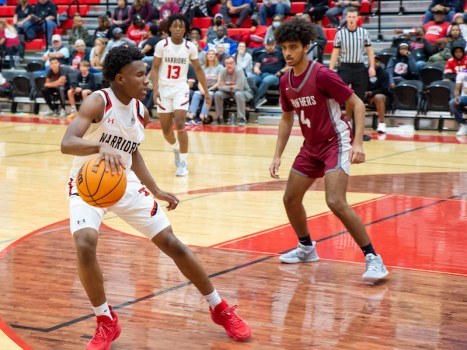 ALABASTER – Following a tough three-point loss to open the season on the road, the Thompson Warriors were determined for a different outcome in their first home game of the 2021-2022 season, and it showed.

Taking on Brookwood in the Thompson Veterans Day Classic on Thursday, Nov. 11, the Warriors stormed out to a 24-0 lead and never looked back en route to an easy 75-16 victory to improve to 1-1 on the season.

Thompson got points from 11 different players in the win, while the Warriors knocked down 17 3-pointers.

That balanced attack and sharp shooting started in the opening quarter with the Warriors getting points from six different scorers, including five total 3-pointers.

Wesley Roberson started his senior season off with seven points in the opening quarter to lead the way, while DeVarye Mack added five points.

Beyond that, Tre Adolphus, Jay Green and Jose Gonzalez all hit one from beyond the arc, while Carson Pringle added an and-1.

More impressive, however, was the defensive effort of the Warriors.

Thompson didn’t give up any baskets, while Brookwood only earned one trip to the free throw line, coming up empty-handed and leading to a 24-0 lead for the Warriors at the end of the period.

It got even better for Thompson on the offensive end in the second quarter thanks to the sharp shooting of Landen Lawrence. The senior drained four 3-pointers to total 12 points in the quarter, while Pringle added seven himself.

Those two combined for 19 of the 28 scored in the quarter for the Warriors, while Chace Lewis, Roberson and Justin McKnight each added 3-pointers as well.

Thompson did give up three points in the frame, but the Warriors knocked down 13 from beyond the arc in the first half, including eight in the second quarter, to take a 52-3 lead into the half.

From there, the Warriors had a comfortable lead and it was smooth sailing to the finish line.

They added 11 more points in the third quarter from five different players, while they hit three more 3-pointers in the fourth and closed the game with 12 points in the final eight minutes.

That gave Thompson a 75-16 win in their first home game of the season.

Mack, Lawrence and Pringle all had 12 points to lead the Warriors in the win, while Roberson finished with 10 to give them four in double figures. Green finished just behind with eight points.