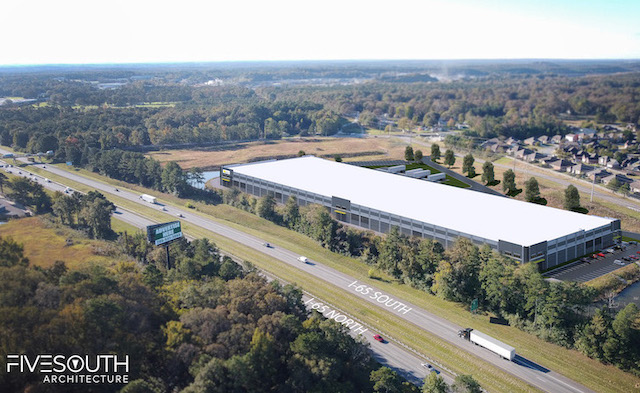 Sunbelt Paper & Packaging, one of the largest privately-owned packaging and industrial supply companies in the Southeast, will anchor the project occupying approximately 108,000 square feet in the building. The remaining 108,000 SF will be available for lease with the facility estimated to be fully operational by the third quarter of 2022.

The project is significant as it represents Graham & Co’s first speculative development in the Calera/southern submarket since completing Shelby Commerce Park in 2007.

“We’re excited that the market’s demand for additional distribution space has allowed us the opportunity to partner with Sunbelt and further serve the needs of Shelby County,” says Henry V. Graham II, Vice President of Development at Graham & Co.

Founded in 2002, Sunbelt Paper & Packaging has outgrown its current facilities in Shelby County and will expand into Graham’s new building upon completion.

“The new facility allows us to accommodate our company’s continued growth and modernize our logistics operation,” said Bill Rivers, President of Sunbelt Paper & Packaging. “We are very appreciative of 58 Inc., the City of Calera and the Calera Industrial Development Board, whose support made this project possible.”

The new distribution center will require an investment of approximately $16.5 million and sit on +/- 16 acres of land located at the northeast intersection of George Roy Parkway and Shelby County Road 22 with frontage along I-65 South.

LBYD will serve as the civil engineer and Bhate Geosciences will assist with geotechnical engineering and materials testing.

Financing is to be provided by Oakworth Capital Bank. Graham & Co, Sunbelt Paper & Packaging, 58 Inc. – Shelby County Economic Development Corporation, the Calera Industrial Development Board and the City of Calera all worked in a collaborative effort to make this project a reality.

A ground-breaking is slated for early December of 2021.