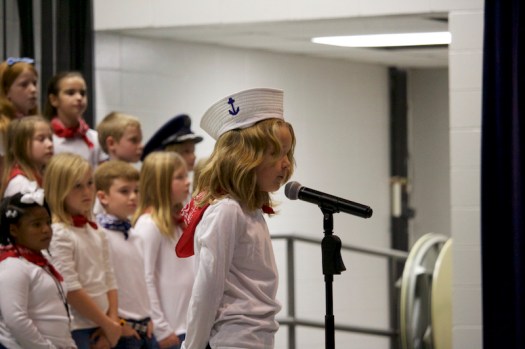 Students at Creek View Elementary School in Alabaster put together a special performance to honor Veterans on Tuesday, Nov. 9. (Contributed) 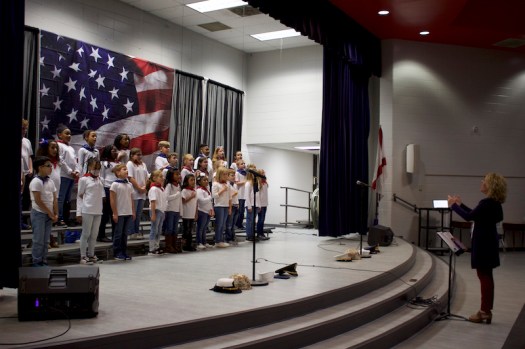 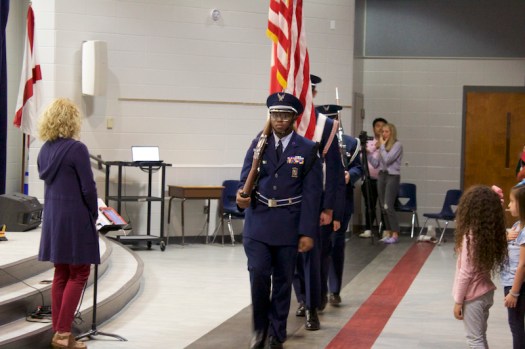 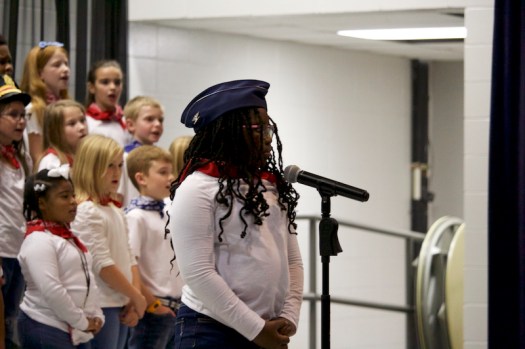 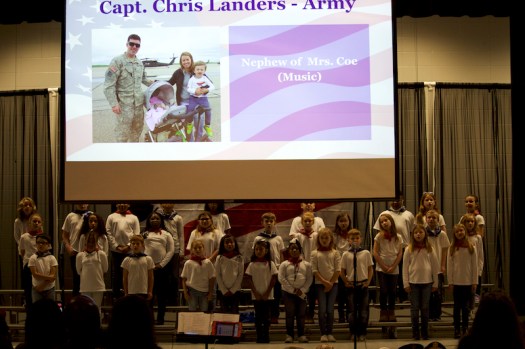 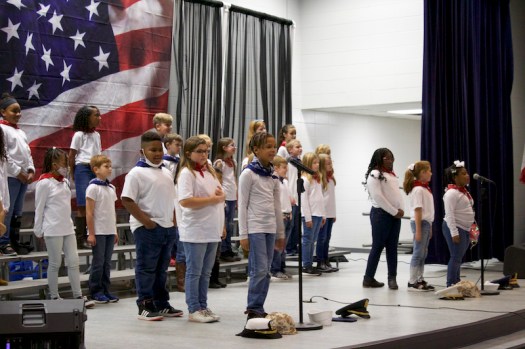 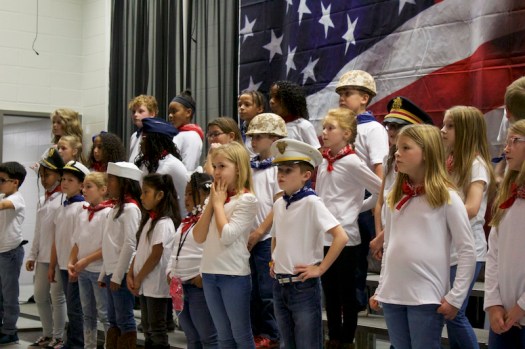 Principal Charissa Cole noted the sixth year of the performance with opening remarks and used the occasion to recognize veterans throughout Alabaster and the nation.

“As I have reflected on this day, I want to say that I am grateful. I am grateful that we get to hear our children singing, and I’m grateful for our veterans,” Cole said.

During the show, the school’s choir performed six songs, including renditions of “The Star Spangled Banner,” “The Alabama State Song” and “Our States are Great.”

As part of the special occasion, the Thompson High School Junior Reserve Officers’ Training Corps marched in formation and provided a presentation of the American flag and state flag.

Ann Coe, the school’s choral director, described the performance as the culmination of months of preparation. She said the choir’s more than 30 students had been rehearsing for the musical production since early September.

“We have been rehearsing this Veterans Day music since September so these kids have really been committed to staying after school and having weekly practices on Wednesdays for the last several months,” Coe said.

A highlight of the performance came during the students’ rendition of “We Won’t Forget Our Veterans” by Teresa Jennings. As the students sang, a slide show presentation flashed pictures of more than 50 veterans from the school’s various military families.

Coe said she started collecting photos more than six years ago when the tribute began, while the presentation has now become a staple tradition of the school’s Veterans Day celebrations.

“It was amazing to see how many veterans we had in our community,” Coe added. “It seemed to encompass all of the kids, whether they had family members, or we as a staff did at Creek View. We’ve been doing that song now for six years because we still have new people coming into our school, and we just keep adding more pictures into our presentation.”

Veterans Day holds a special place in Coe’s heart. Both she and her husband are veterans who met while serving together in Germany as part of the U.S. Army.

At the time, Coe’s husband was a captain with the U.S. Army Corps of Engineers while she was a music teacher at an American military school in Germany.

“Veterans Day is a really big part of our lives because my family has a long line of veterans,” Coe said. “We are very proud of whatever branch our family has served. Those years in Germany are important to us and we want to continue to serve our country in whatever capacity we can.”

After serving, the two got married and came back to the United States where they were stationed at a military base in Missouri for several years before eventually retiring to civilian life.

Other veterans in Coe’s family include her sister, who is currently enlisted in the U.S. Navy, and her nephew, who most recently graduated from West Point and is now a helicopter pilot for the U.S. Military. Both of the couple’s parents also served during World War II.

At times, Coe’s musical passions and military service often align in creative ways as the school teacher frequently incorporates aspects of American history and civics into her music lessons.

“I feel it’s never too early to begin telling our kids about what a veteran is and what they have done for our country, and why we have the freedoms that we have,” she said.

For instance, students recited a short history of the American Revolutionary War during the Veterans Day Tribute performance, while also singing about several Constitutional rights, including the freedom of speech and religion.

“We like to collaborate with the classroom teachers so if they’re learning about our country, or about our rights, or the Constitution, I can put that to a song,” she said. “Early collaboration is a huge part, especially being a music teacher.”

The students also learned about the nation’s military branches and concluded the tribute by singing “Step in Time” and recognizing veterans from the Army, Navy, Air Force, Marines and Coast Guard.

The school’s next holiday performance is Lighting the Tower, which is scheduled for Dec. 3 at 6 p.m.