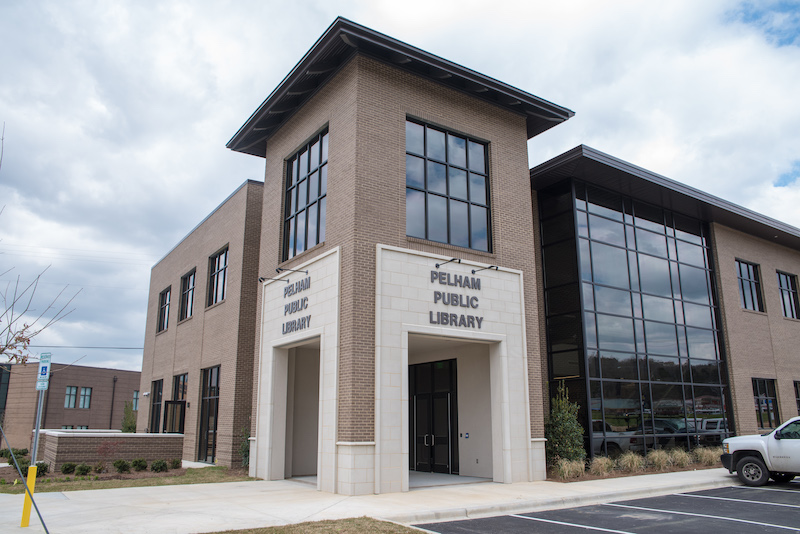 Sometimes, I think back to my childhood and the many times I visited our public library. My mom took my sister and me to check out books when we were young, and later, when I was a teenager, I remember going there to do research for school projects.

I know times have changed and most information is only a click away, thanks to the internet. Many students can search for information on their cell phones, or their families have at least one computer at home and reliable internet access.

But that’s not the case for some families, meaning the public library’s place as a vital resource for the whole community remains the same.

Last month, the Pelham Public Library received a $25,000 donation from the Alabaster-Pelham Rotary Club to upgrade the library’s computers and printers. The club raised these funds through its Southern Christmas Bazaar event.

The library’s donation will cover the cost of upgrading pieces of equipment that are used by the public on a regular basis.

“The Rotary donation is going to enable us to completely replace and upgrade our patron access computers and print system,” Pelham Public Library Director Mary Campbell said. “That includes 16 computers with Microsoft licenses, two new color/black and white printers, and two pay/print release stations that will accept cash or charge. These, in addition to the two iMacs we were able to purchase last year with Library Services and Technology Act funds, will really bring our computer offerings to a new level.”

These upgrades might not sound like a big deal, but they are, especially for residents who might not have access to the internet or a device at home. The public library could be someone’s only option for printing off a job resume, paying a bill online or completing a school assignment.

The Alabaster-Pelham Rotary Club recognized this and decided to contribute to the library’s ongoing needs.
“We felt like the library is such a huge asset to the city of Pelham, and it’s been such a huge success since it opened,” Rotary Club Vice President Debbie Parrott said. “Having up-to-date computers is very important because it’s a great resource. So many patrons have used those at the library. I’ve used them myself.”
Campbell expressed gratitude for the club’s donation, noting how the pandemic has underscored just how important access to these resources is for all residents.
“Last year alone, our computers were used over 5,600 times,” Campbell said. “I am so grateful to the Rotary for such a generous donation that is going to serve our community for years to come.”
Public libraries are so much more than the books that line their shelves; they are gateways to electronic resources that most of us rely on for many different reasons. We should not take our libraries for granted.