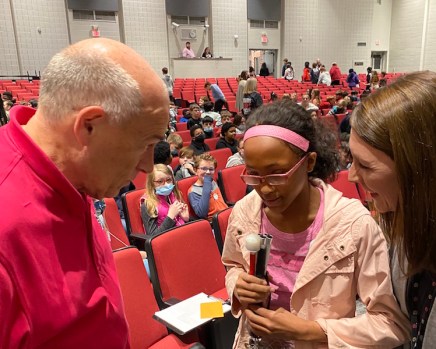 James Spann paid a visit to Thompson Middle School on Nov. 3 to celebrate the school’s new weather station on top of the school. (Contributed) 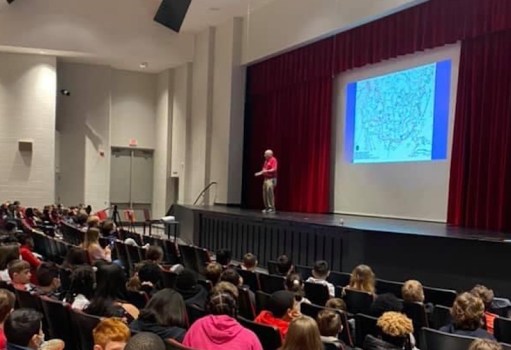 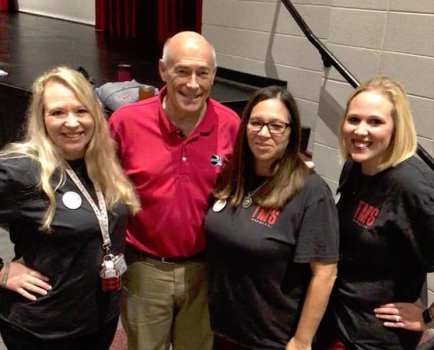 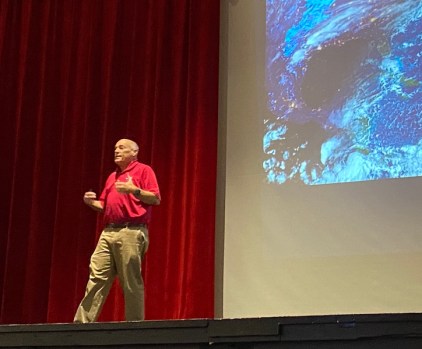 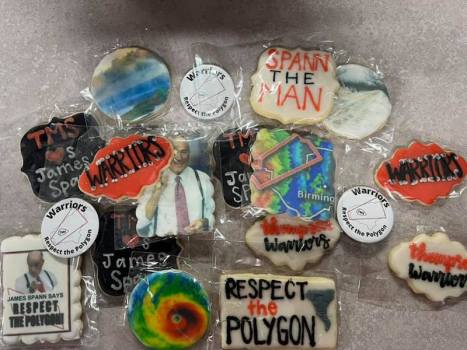 According to sixth-grade science teacher Terri Wright, Thomason had always dreamed of being a meteorologist, but at the time she was going through school, there were not any colleges in Alabama that offered the degree.

“Girls in the science field back then were pretty rare, and many schools did not have these types of resources to show students the broad range of jobs in the science field,” Wright said. “Keysha partnered with our sixth-grade science teachers and made this dream a reality for TMS.”

Faculty and staff hope the weather station generates a genuine interest in science among all students.

Wright said the sixth-grade science team was very eager for the weather station to be installed so the school could incorporate it with the Weather Unit of Study.

“We are hoping to gather real-time data from our station to analyze storm patterns during peak seasons of storms,” Wright said. “We will also use the information it gives us to understand weather patterns, track wind speed and directions, create the school’s own weather maps, and study where the most severe weather takes place within the state.”

During the weather unit, the school uses the state of Alabama county map, allowing students the opportunity to locate Shelby County and the surrounding counties on a map.

“We ask the students to track the weather for those counties and observe how long it takes for the weather to pass from one county to the next and follow the trajectory of that system,” Wright said. “The objective is to teach them the importance of being prepared for any type of weather because within a short amount of time anything can happen. With November being the state of tornado season, it was the perfect time to get the weather station up and running for our students.”

To celebrate the new station, students were treated to a special guest appearance from Alabama meteorologist James Spann, who came to visit the sixth graders on Nov. 3.

“It was so fun to see the student’s reactions when they found out James Spann was coming to TMS,” Wright said. “With this being the first big school event since COVID-19, they were super excited to know they were going to hear and learn from our local weather hero.”

Wright said once students found out the school was getting a weather station, many tried to stay and watch the action of the station being installed.

“We had some students who would drive by the school just to see if it was on the roof yet,” Wright said. “When it was finally up and running, they would spend time just watching it, and asking questions on how it all worked. It opened the door for some great discussions on weather and weather conditions, and why we need instruments like ours to help track weather patterns.”

Wright said this new avenue will allow the students at TMS to take the driver’s seat of their own learning and explore an interest that has not been offered at TMS before.

“Who knows, we could have the next James Spann come from TMS,” Wright said.