Dear Deegee, your legacy will continue to make a difference 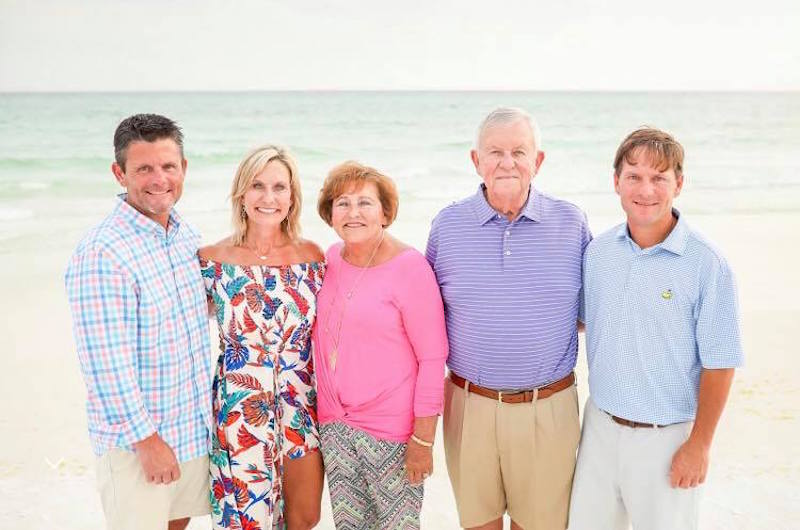 Deegee Schroeder, middle, stands with her family during a beach trip. Schroeder left a lasting impact on the city of Calera and Shelby County before sadly dying on Friday, Nov. 5. (Contributed)

That is who Deegee Schroeder was to her family, the city of Calera, much of Shelby County and many more in her 77 years of life.

Sadly, Schroeder died on Friday, Nov. 5, but her legacy is just beginning.

A lover of writing personal, hand-written letters to everyone in her life, many wish there was a letter for how to handle life without her, but if you look close enough, you see that her life was one big letter through the impact she had on each person she met.

“I still don’t think it is real. I thought she would last forever,” said Deegee’s daughter Shanda Schroeder Watts with tears streaming down her face. “My mama was the best. She loved and supported me through everything I ever did in life. She was always proud of me no matter what, and she was always on my side. She was my best friend from beginning until the end, and now she has left a legacy that I will strive to live up to each and every day of my life.”

And perhaps the most glaring look into the life of Deegee was one of the notes she wrote to Shanda before passing that the family didn’t even see until they were looking through her stuff.

“If I could give you one thing in life, I would give you the ability to see yourself through my eyes, only then would you realize how special you are to me.

Those kind words for her daughter were from the heart, and her heart is what she used to conduct business as vice president of Central State Bank located in Shelby County, while she also used it through her care for the community in many vital roles to help both Calera and Shelby County flourish.

A lifelong resident of Calera, Deegee graduated from Calera High School in 1962 and never wavered from making her hometown the best it could be.

In her lifetime, she served as the Chairman of the Calera Library Board, playing an integral role in helping construct the new library, which was named after her father Roy Downs, she was a member of the Calera Zoning Board, she was a trustee of Calera High School and the president of the Calera Lady Eagles Booster Club.

She served in numerous leadership roles in her church as well, always wanting to give back to the church and the community.

“She was a giving person who wasn’t pretentious at all,” said husband Bill Schroeder.

She also served as the president of the Shelby County Alabama Alumni Association for several years, working to bring former Crimson Tide football players to participate in a golf tournament at Timberline to raise money for the first contribution to start the scholarship fund from the association that still exists to this day.

“She made everyone around her better,” said son Mitt Schroeder. “She did this by example. She worked tirelessly to accomplish a mission. No one would out work her.”

Mitt also said the community of Calera made her better.

“You supported my mother her whole life,” he said. “You always helped her vision become reality. She loved Calera so much and was always so proud to tell people where she was from.”

Born the daughter of Roy Downs, however, her impact went well past just serving the city of Calera, as her main focus in life became serving customers, or friends to her, through Central State Bank. 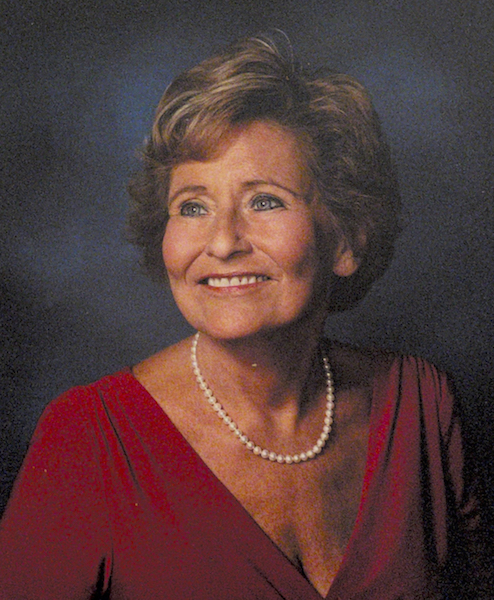 Center of the bank

Central State Bank first opened its doors in Calera just more than 100 years ago in February 1916, and while it started outside of the Downs/Schroeder family, it didn’t take long for that to change.

Roy Downs started working at the bank in March 1945, and thus, a family business was born.

Two years after starting with the bank, Downs purchased controlling interest, and it has been in the family ever since.

When he died in 1971, Deegee’s husband took over as president and chairman of the bank, while Deegee committed to a life of serving alongside her husband as the vice president and officer at the bank.

“It was her leadership at the bank that made the greatest impact to the community,” Mitt said. “She made each employee understand that our customers were a part of the Central State Bank family. Their problems were our problems, and we celebrated their successes as they were also our successes. That helped build a community that cared for one another.”

According to son Shane Schroeder, her mantra was, “Let’s quit talking about it and get it done. And get it done right.”

“She believed in busy hands, busy feet and hard work… in all of life,” Shane said. “Certainly, she understood and believed there is always a time for ‘down time,’ but it wasn’t going to be at work. Or if you were helping with a church or community project or serving a neighbor.”

And that’s how she handled helping manage Central State Bank, which is one of the tightest community banks in Shelby County, sponsoring several local events and helping families when they needed it.

The bank’s core values include: Integrity, teamwork, excellence and genuineness.

“She was about service, work, love, truth and time,” Shane said. “She believed you were to serve God first. And by doing so, it became your desire instead of duty to help people.”

And her dedication to do right by her customers, along with Bill, helped the bank grow. Since the two took over, the bank’s assets have gone from less than $10 million to close to $500 million.

“Each of you know she loved you as one of her own,” Mitt said to those who helped the bank grow through the years. “She had joy when you had joy. She hurt when you hurt. Her love for you as a person always superseded any role you played at the bank.”

A true friend to everyone

What made Deegee so loved in her leadership roles was how she treated people both in those roles and outside of them as an everyday person.

She treated everyone like they were her best friend or a part of her own family, and that’s where many of her letters came into play.

Anytime she felt like someone was under stress or feeling down at all, she would write a special, uplifting note for them. Or, if there was a big moment coming up in your life, she would write words of encouragement or congratulations.

“She always knew what to put in a note that would touch your heart,” Mitt said. “You always knew she cared about you because she told you through her voice and more importantly through her actions.”

Now, she has passed that down to all three of her kids, who all work in some capacity with the bank and hope to carry on her legacy, which she mapped out through the letter of life.

“She demanded success out of us, but not for material gain,” Mitt said. “She demanded it because she felt everyone had a duty to reach their full potential. The higher you reached, the greater ability you had to positively impact someone else’s life. It was what she did with success that made her different than others. She used success as a platform to touch more people.  Material things never mattered to her.”

Now, the three feel prepared to use those lessons learned from their mother to continue making a difference.

“How do we appropriately carry on her legacy?” Mitt questioned. “I guess we can name a building after her or something. But that isn’t what she wants out of us. She wants us to give like she gave, teach like she taught and love like she loved.  It is our duty to live out and pass on the sweet spirit that made her so special.”