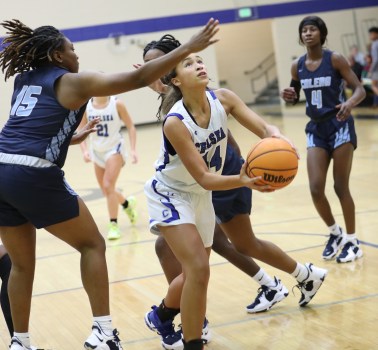 Chelsea’s girls basketball team picked up a 31-point victory against county foe Calera on Thursday, Nov. 18. (For the Reporter/Cari Dean) 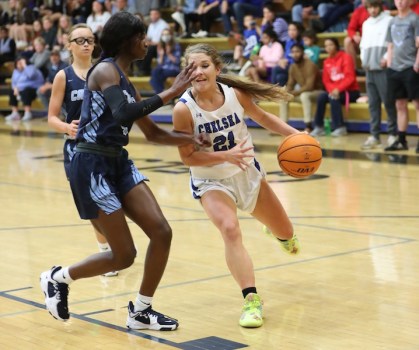 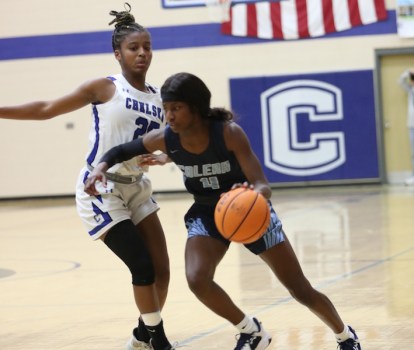 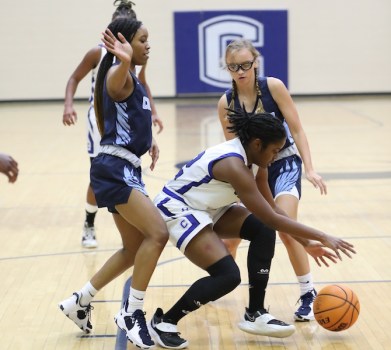 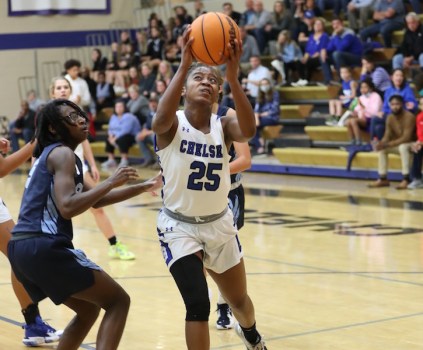 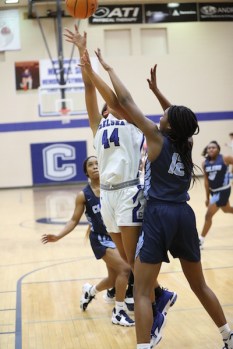 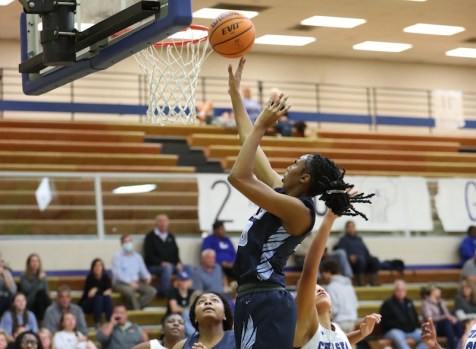 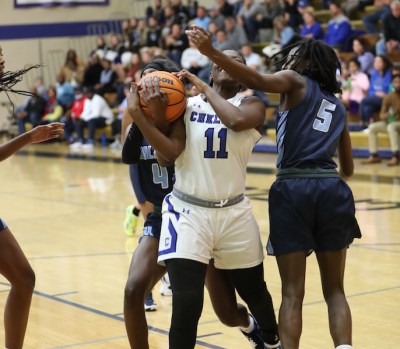 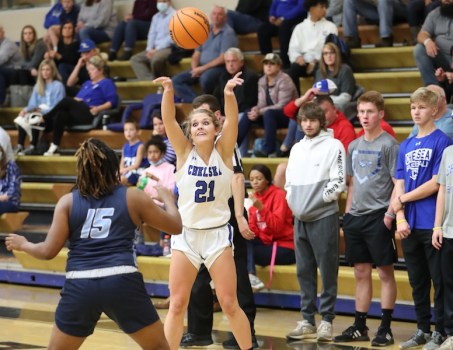 Sydney Schwallie scored 13 of Chelsea's 30 points in a one-point win against Helena on Tuesday, Dec. 7. (File) 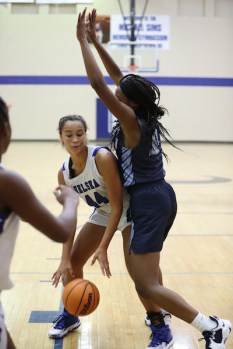 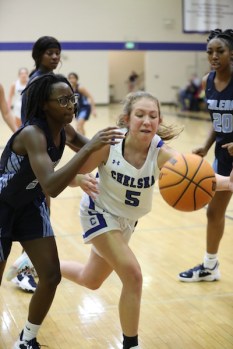 CHELSEA – Following a two-game losing streak to two Class 7A teams, the Chelsea Hornets jumped back into 6A action with a bang on Thursday night, Nov. 18 in a dominant effort against county foe Calera.

The Hornets set the tone defensively, giving up just two points in the first quarter, which allowed them to build an early lead that they never relinquished on the way to a 52-21 victory to improve to 3-2 on the season.

Chelsea was able to jump out to a quick 5-0 lead in the opening quarter, scoring the first five points of the game from the free throw line. The Hornets eventually extended the lead to 9-0 thanks to two baskets on second-chance opportunities.

Calera finally ended the run on a jumper from Kaylen Moultrie, but that became the Eagles’ only made shot of the opening quarter, as the Hornets went on to score seven more unanswered points in the period to take a 16-2 advantage.

The Eagles did improve offensively in the second quarter, but it wasn’t near enough to match the balance of the Hornets.

Chelsea scored 19 points in the second quarter thanks to eight different players finding the bottom of the basket, including four each from Nia Cummings and Lexi Redd.

Calera totaled seven in the frame, which allowed the Hornets to extend the lead to 35-9 going into the halftime break.

Coming out in the second half, Chelsea got back to its bread and butter with a strong defensive third quarter.

The Hornets allowed just three points on one made field goal and one free throw, while the offense added 10 more points to push the lead out to 33 points at 45-12 going to the final quarter of play.

Calera did put its best offensive quarter together late in the final quarter, showing no quit, which led to several opportunities off steals.

The Eagles, however, could only outscore the Hornets 9-7 in the period.

Chelsea didn’t give up double digits in any quarter of the game, as the defense forced several turnovers, while the offense got several second-chance points.

The Hornets had 10 players score in the win and were led by Cummings with 11. Haley Trotter added 10 for Chelsea in the win.

Calera was led by Moultrie with 10 points in the loss.