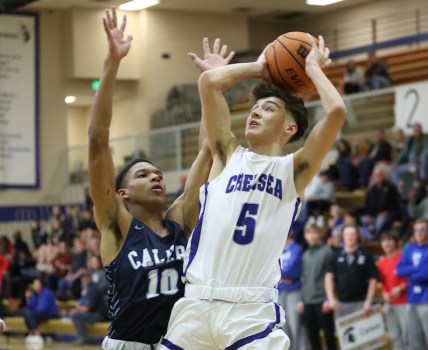 Chelsea’s Paul Lanzi totaled 31 points, including 23 in the second half, to help the Hornets pull off a 15-point win against Calera on Nov. 18. (For the Reporter/Cari Dean) 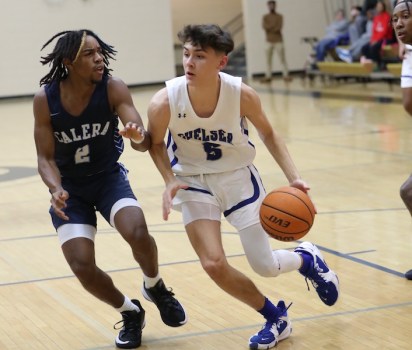 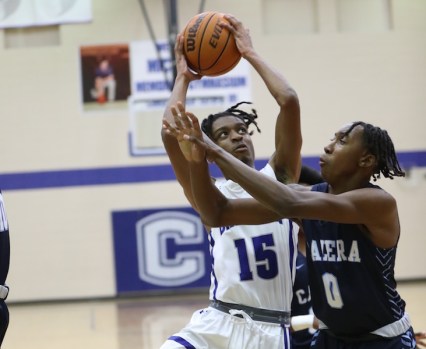 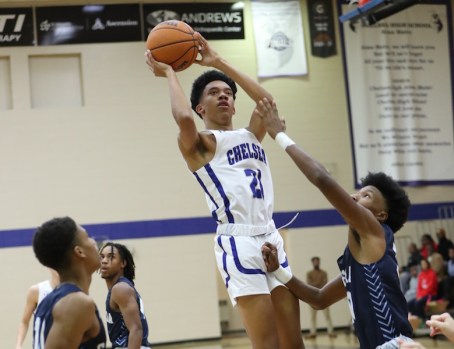 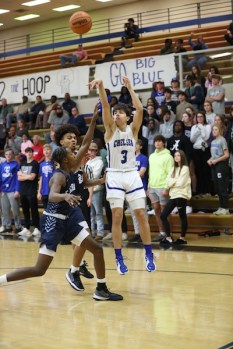 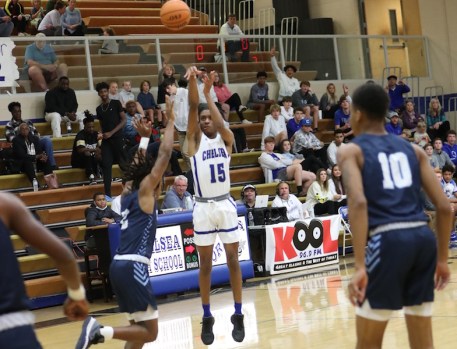 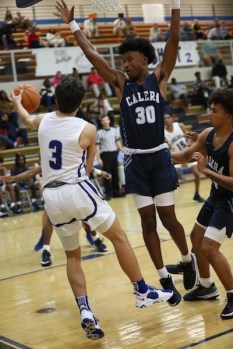 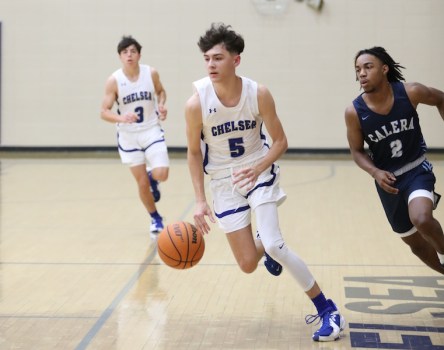 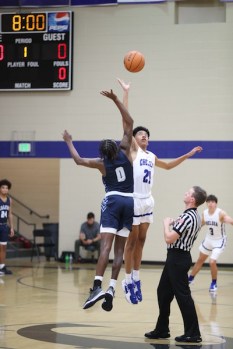 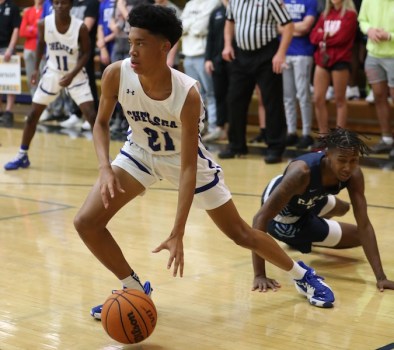 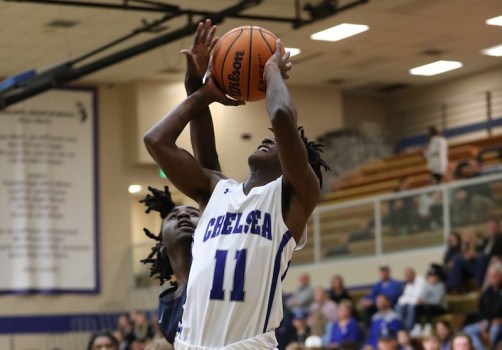 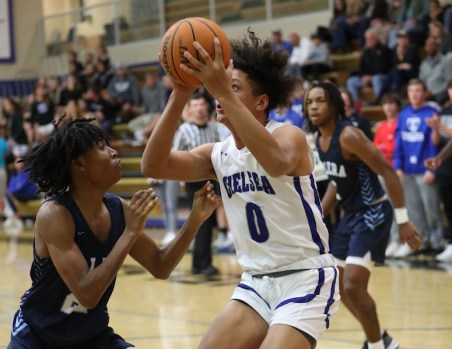 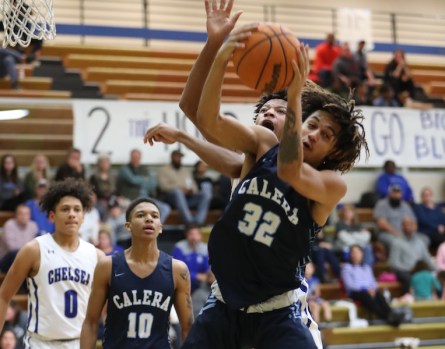 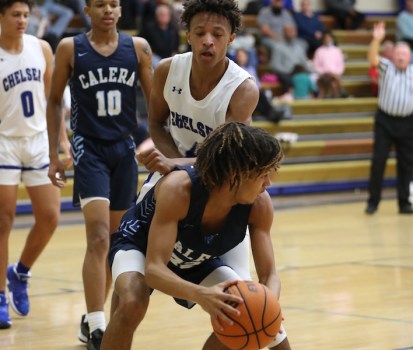 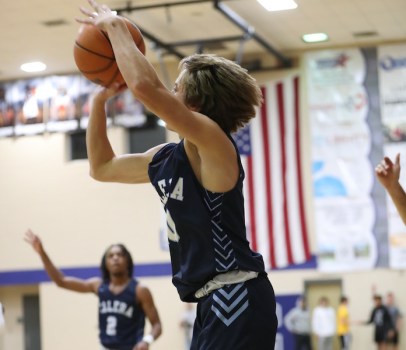 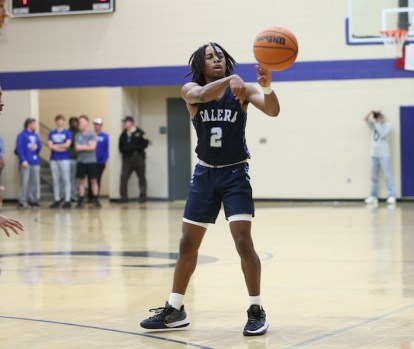 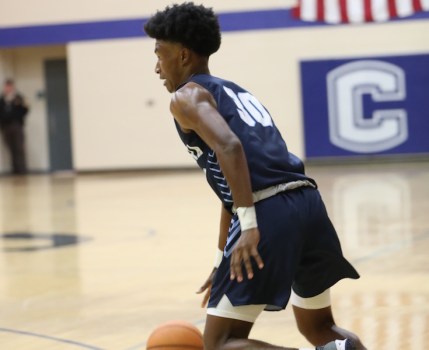 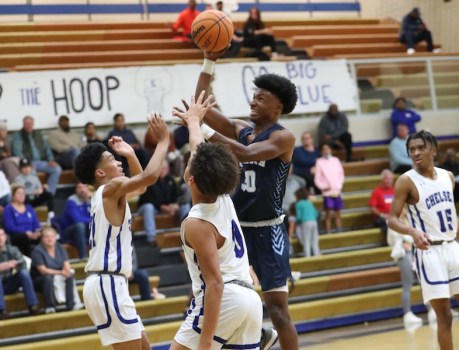 CHELSEA – On the back of 23 second-half points from Paul Lanzi, the Chelsea Hornets were able to take a tight game with county foe Calera on Thursday, Nov. 18 and pull away for a 15-point win.

Lanzi had 15 in the final quarter alone, including three from beyond the arc, to help Chelsea’s seven-point lead at the end of three blossom into a 17-point lead down the stretch in what eventually led to the 75-60 victory.

It also snapped a streak of three straight tight losses, including two by nine or less.

The game, however, was a tight battle and didn’t take a turn in Chelsea’s favor until late.

The exciting back-and-forth game started quickly in the first quarter, as the two teams traded baskets to a 4-4 tie before Chelsea created some slight separation with a 4-0 run to take an 8-4 lead.

But in what became the theme of the first half, that separation didn’t last long.

Calera quickly answered with four consecutive baskets on an offensive put back from Javonte Melton and a turnaround shot from Damien Wooley off a steal.

That sparked a run for the Eagles, who went from down four points to up 13-9 following a 9-1 run.

Calera went on to lead by as many as five points at 17-12 following a slow start, but the Hornets trimmed the deficit back to three points following a layup from Carson Camper late in the quarter.

The Eagles extended the lead back to five on the first basket of the second quarter, but Chelsea battled back with a 9-3 run to regain the lead thanks to a few free throws, a second-chance basket from Paul Lanzi and a shot from Avery Futch.

The lead then went on to change hands five more times all the way to a 30-29 lead for the Eagles following two free throws.

Chelsea, however, battled back for one last lead change. After falling behind by two points two more times in the final minutes, the Hornets regained the lead going into the half off a 3-pointer from Futch to make it 35-34 at the break.

That seemed to spark something in the Hornets coming out of the half, as the third quarter started to create separation in their favor once again.

Chelsea started the quarter with a 5-0 run, including a 3-pointer from Dylan Brown.

Calera again battled back with back with a 6-0 run of its own, but Chelsea followed with a 3-pointer, a fast break that saw Lanzi thread a pass through two defenders to Aiden Owens for a layup and another basket to make it 47-40, which became the largest lead for either team to that point.

The Hornets then extended it to 10 points after EJ Hudnall made two free throws and Lanzi powered through contact for what became an and-1 to make the score 52-42 late in the third.

Calera battled back to trim the deficit back to five points at 53-48, but the period ended with Lanzi drawing another foul and draining two free throws with no time left.

The Hornets, and especially Lanzi, built off of the momentum swing in the final quarter.

He quickly hit three from beyond the arc in the first few possessions of the period to help Chelsea quickly put the game out of reach at 69-54. The Hornets went on to lead by as many as 17 points on a couple of occasions down the stretch, while the Eagles never got closer than 15 the rest of the way.

Lanzi finished the game with 31 points in the victory, while Alex Redd chipped in 13 and Aiden Owens 10.

Calera was led by 17 points from Xzayvion Childress while Brandon Caldwell added 12 for two in double figures.