Use of Meadowbrook home as Airbnb raises zoning questions 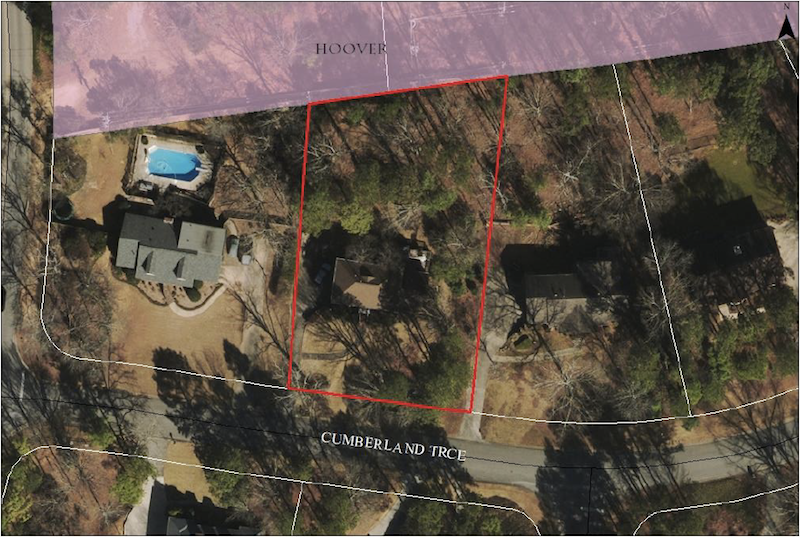 This image from the Department of Development Services report shows the property in the Meadowbrook neighborhood that has been used as an Airbnb. The Shelby County Planning Commission voted on Nov. 15 to refer the enforcement case to the County Attorney for further action. (Contributed)

Planning Commission members spent more than an hour listening to comments and asking questions about the case, which appeared on the meeting agenda as a zoning violation enforcement action concerning the operation of a rooming house or short-term rental in a single-family home located at 3605 Cumberland Trace in Meadowbrook, a residential neighborhood zoned Special District in unincorporated Shelby County.

“In this case, it’s not necessarily an occupancy issue, but the way in which the single-family residence is provided for use as a quasi-hotel, rooming house, tourist home,” Development Services Supervisor Sharman Brooks said.

According to the case history, Development Services received a formal complaint on Aug. 2 from the Meadowbrook Homeowners’ Association via email regarding multiple families occupying the residence.

“The complainant indicated that the activity appears to be similar to a hotel or an Airbnb,” the report reads. “An inquiry case was created, and an investigation began. A review of the complaint revealed the property owners had passed away and that Crosby O’Hare (family representative/rental host) posted the property as a short-term rental on the Airbnb and VRBO websites.”

Department of Development Services received no response from him, and subsequent NOV letters were mailed to him in September and October, according to the report. Meanwhile, the property continued to be listed as an available short-term rental on both Airbnb and VRBO.

“Mr. O’Hare was notified in writing four times that the operation of a rooming house or short-term rental in the Meadowbrook single-family residential neighborhood, zoned SD, Special District, is a violation of the zoning ordinance,” the report reads. “As of Nov. 5, there has been no response from Mr. O’Hare. It appears that the property has been removed from both the Airbnb and VRBO websites; however, staff cannot confirm the activity has ceased in order to correct said violation.”

In addition, a civil suit brought by Meadowbrook neighbors is pending.

Birmingham attorney James Harris, the applicant’s lawyer, and Peter O’Hare, one of the brothers who are beneficiaries of the Hare estate, attended the meeting.

Harris said Crosby O’Hare, the executor of the estate, was out of the country when the NOV letters were mailed to his New York address.

“There’s a lot of speculation and what-ifs, but I want to address the other hundreds of Shelby County homes that have Airbnb and VRBO,” Harris said. “It exists, and it’s going to exist where it’s not prohibited, and it’s going to exist where HOAs don’t act to prohibit it. That’s all we’re dealing with here, is a subdivision that doesn’t have prohibitions that eliminate it. There’s already one lawsuit; I don’t think we need another one if there’s no basis in the zoning for enforcement.”

Several Meadowbrook residents spoke in opposition to the Airbnb operating in the home. Their primary concerns related to the lack of background checks on people who stay there, excessive noise late at night, suspicious activity from unknown individuals, vehicles parked on the street and blocking residents’ driveways, trash left on neighboring properties, and the general safety of the neighborhood’s permanent residents.

“My request of the Commission is to listen to all these homeowners who have been there and not the absentee owner in New York who doesn’t live here, and not impose his will against the zoning to hurt all these residents here,” Meadowbrook resident Johnny Padgett said.

County Attorney Bill Justice said there are legal differences in covenant enforcement and zoning enforcement, and the Planning Commission cannot enforce neighborhood covenants under the law.

All Planning Commission members present at the meeting – Joseph Little, Kenneth Wilder, Bill Norton and Davis – voted in favor of the motion.

The case is listed on the Shelby County Commission’s agenda for Monday, Nov. 22 at 6 p.m.