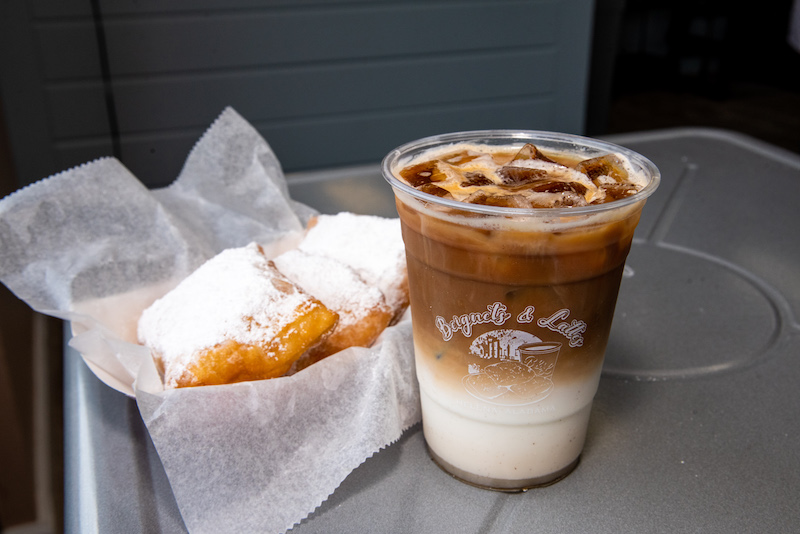 Beignets and Lattes has been a favorite amongst the Helena community for the past two years. The owners are currently in the process of opening a new brunch-focused restaurant concept in Alabaster. (File)

In the two years they’ve been open, Helena’s Beignets and Lattes has made a name for itself in quality food and coffee. Their reputation has even reached across state lines.

“Those beignets right there are going to Atlanta,” said owner Carolyn Linski, referencing an order going out their drive-thru window. “Her sister said, ‘If you don’t bring me beignets, you can’t come visit me.’”

Though the restaurant has gotten used to calling Helena home, fans of Beignets will soon have to trek a little farther for their morning coffee and New Orleans treats. Linski and her daughter Heather Crittenden are in the process of opening a new, brunch-centered restaurant in Alabaster.

Crittenden, who is at the forefront of the project, said the Alabaster restaurant will be “a completely different concept.”

Crittenden, a self-proclaimed perfectionist, said the menu will be modernized takes on brunch classics. They’re planning on having biscuits and gravy and a steak and eggs option, but the public can get particularly excited at their concept for beignets with andouille sausage-based gravy.

There will be something for everyone’s tastes, and fans of the classic beignets and their signature coffee will be thrilled to know they will also be featured on the menu. Crittenden said whether it’s a lighter meal option or something heavier, if it isn’t done right, she won’t serve it.

“It has to be right every time,” she said. “Everything has to be perfect. We want to keep it simple, but we want it done right. We’re not putting benedicts on the menu because not everyone can poach an egg properly, and if the egg isn’t done right then what’s the point?”

As a mother, it was important to Crittenden that the new place be family and kid-friendly.

Linski, a native of New Orleans, dreamed of opening a small place where people could have authentic beignets and good coffee that doesn’t break the bank or require a trip to Louisiana. They opened Beignets after finding its current location was for lease.

“I was just driving down the street and the ‘For Lease’ sign was on this building,” she said. “It just lined up. They had just put it up that day.”

“That’s how it was with this place in Alabaster,” Crittenden said. “It wasn’t even on the market yet. I just happened to be over there for some reason and there it was. I don’t want to jinx myself, but it almost seems too lined up to be forcing anything the other way. Everything seems to be falling right into place where we need it to.”

Having been in the restaurant industry her whole life, Crittenden shared her mother’s dream of owning her own restaurant where she could bake and cook with creative freedom. When they began looking for a second Beignets location, they found a spot in Alabaster that fit their criteria.

The new space is 6,400 square feet, literally double the size of their current Helena location. Crittenden said the kitchen takes up about half of the space, but they’re still planning on having 40 to 50 tables inside and even hoping to eventually build a patio.

Crittenden and Linski said though they’re excited for the future possibilities, there is an aura of sadness at leaving the Helena area.

“I’m going to miss my customers,” Linski said.  “I’ve made some pretty good friends here, getting to know what they like, what they order, their names. I know a lot of their names.”

“It’s a little sad leaving, for sure,” Crittenden said. “But with Dunkin Donuts right around the corner and Starbucks trying to come in, you know when your fight is over.”

They’re currently taking applications for front and back of the house, and Crittenden said people are welcome to grab an application at their Helena location.

Crittenden said the new location won’t open for several months, but they’re planning tentatively on opening spring 2022 depending on whether they’re fully staffed and if they’ll be able to get their liquor license in time. Beignets and Lattes will remain open until they’re unable to maintain both.

“We just want to give people simple, good food done right,” Crittenden said. “I want you to come in and know you’re getting quality food every time.”

More information about the exact location will be released as the restaurant gets closer to a confirmed opening date.