Pelham girls off to dominant 2-0 start 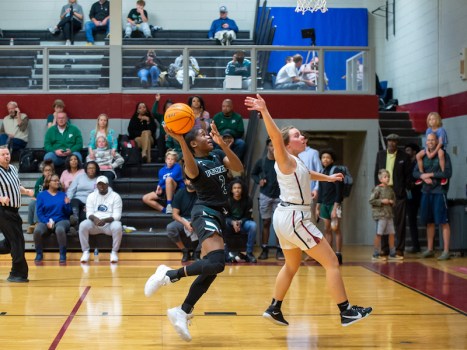 The Pelham girls picked up their second dominant win in a row to start the season thanks to an 80-16 victory against Shelby County on Nov. 18. (For the Reporter/Larry Dancy) 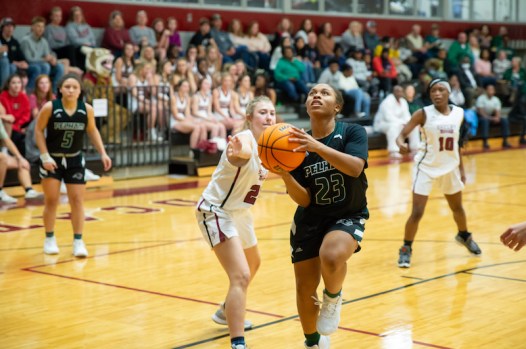 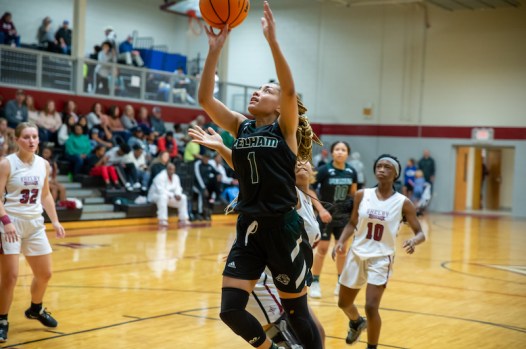 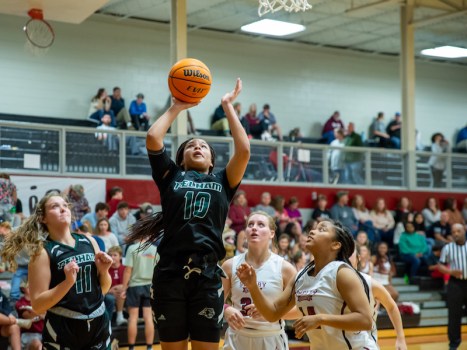 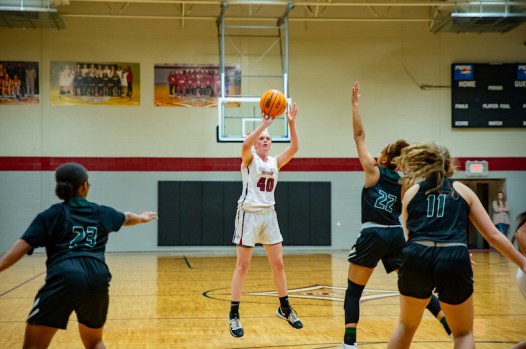 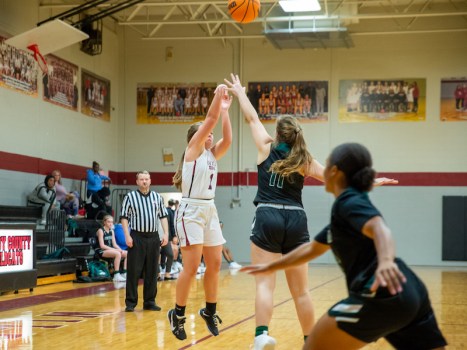 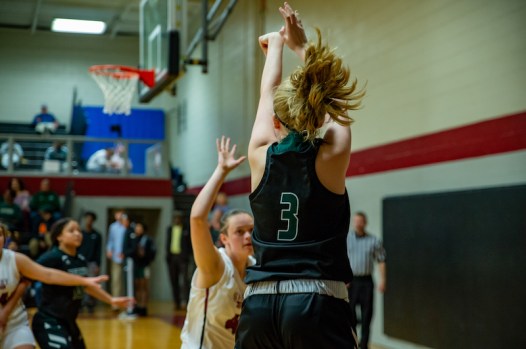 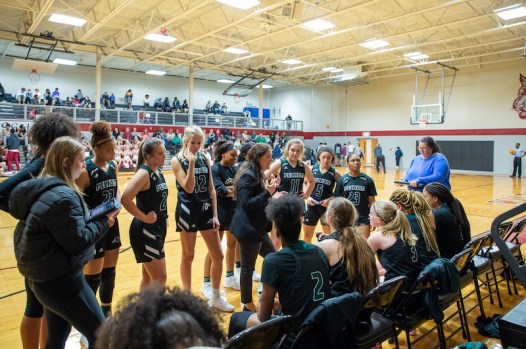 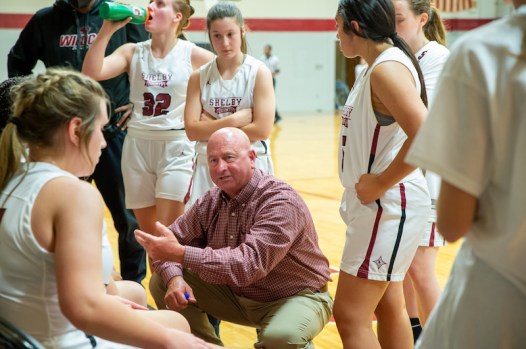 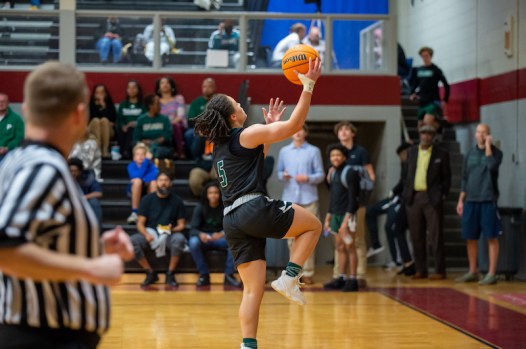 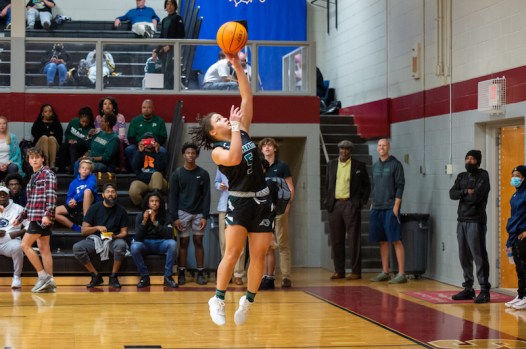 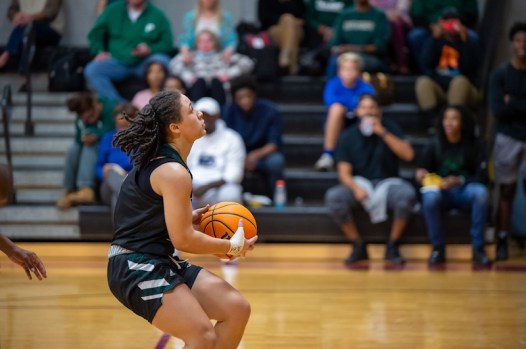 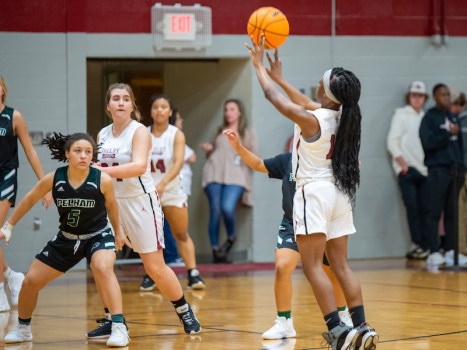 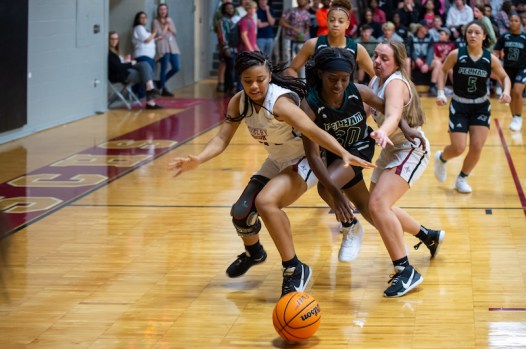 COLUMBIANA – The Pelham Panthers are not to be trifled with this season. Crosby Morrison’s squad has given up less than 20 points combined in their first two contests and put on a display against the Shelby County Wildcats Thursday, Nov. 18.

The Panthers built a massive lead in the first half on the back of an aggressive defense and cruised for the 80-16 road win.

“I’m really proud of how we came out. We talk a lot about ‘if we start out fast, we usually stay fast’ so we’ve emphasized it in practice and even warm ups that we want to start fast,” Morrison said.

The Panthers came out blazing with a stifling defense that had Shelby County on the ropes from the get go. Pelham forced 12 turnovers in the first quarter alone, dominated the boards, and as the possessions piled up, so did the points.

Savannah Scarbrough scored eight points in the period as Pelham built a stunning 30-3 lead, which allowed Morrison to get early work from her second unit.

“This is the first year we’ve been able to sub five in and five out,” she said. “We’re trying to build a rotation and see who plays well together, but I am blessed this year. They’ve been better in practices with five-on-five and they’re fighting for playing minutes right now.”

The sense of urgency was apparent as the tough defense continued.

Pelham allowed only three baskets in the first half and forced an additional six turnovers in the second quarter as the lead ballooned to 45-8 at the break.

Shelby County had its best quarter after halftime, but the Wildcats couldn’t stop the Panthers as they continued to rotate fresh players into the game.

Laci Gogan scored eight points in the third quarter including two of her four 3-pointers as Pelham took a 61-16 lead into the final period.

Pelham’s defense forced 26 turnovers total on the night and didn’t allow a single point in the fourth.

Morrison had four different players reach double digits in scoring with Gogan leading the way with 16. Myriah Tate was a terror on defense and scored many of her 14 points off steals. Scarbrough finished with 12 points, while Tiaona King came off the bench to score 10. Karma Wynn added eight points as well.

Pelham (2-0) will waste no time and take on Brookwood at home Friday, Nov. 19 at 6 p.m. Shelby County will look to bounce back against Montevallo on the road Friday, Dec. 3 at 6 p.m.