Pelham pulls away for road win at Shelby County 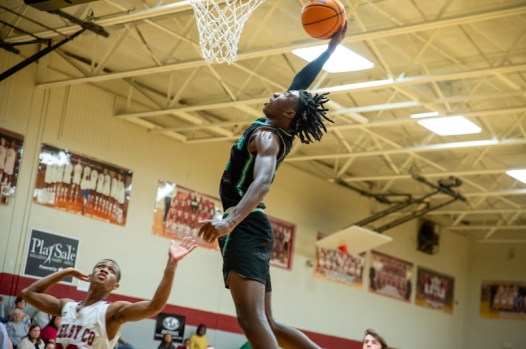 Pelham’s Kamari Hollis throws down a dunk during the Panthers’ 71-36 victory against Shelby County on Nov. 18. (For the Reporter/Larry Dancy) 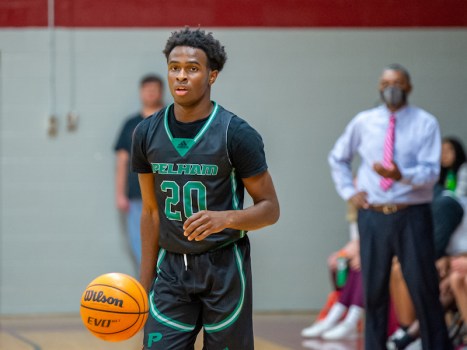 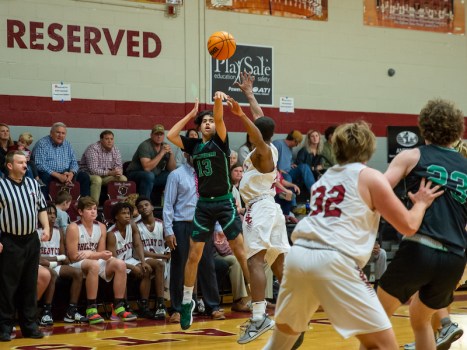 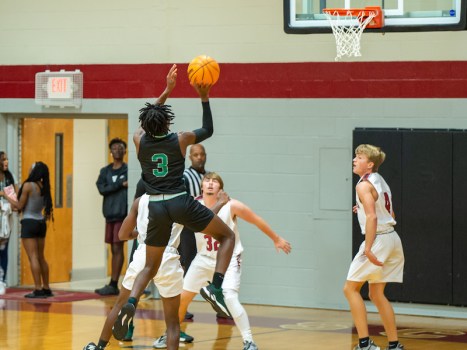 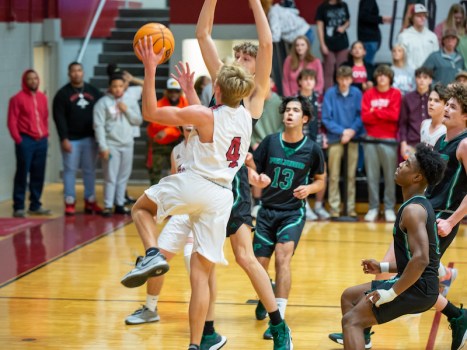 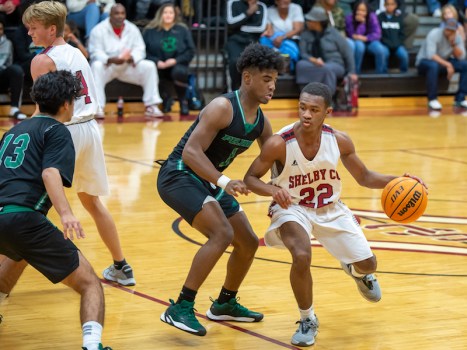 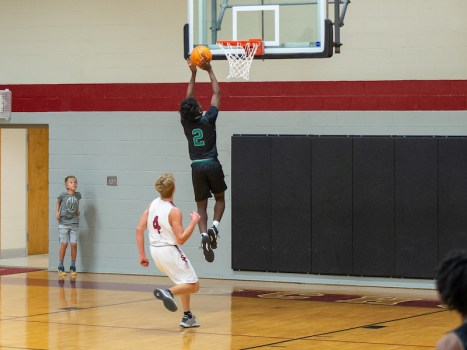 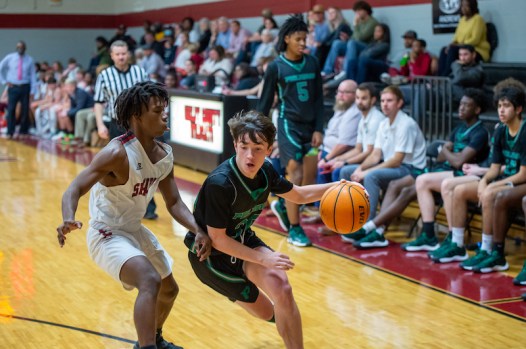 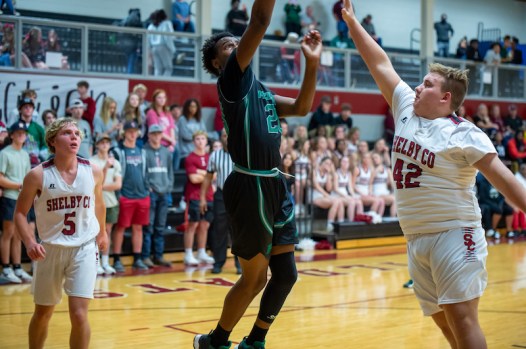 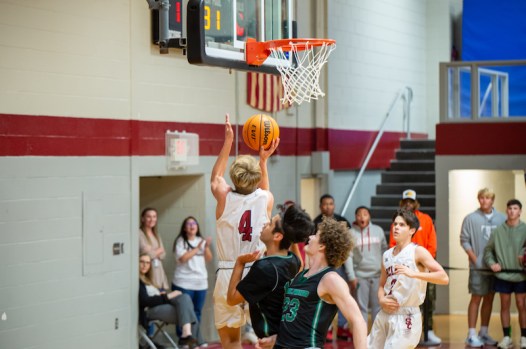 COLUMBIANA – After a close loss to Hewitt-Trussville to open the season, the Pelham Panthers have reeled off two dominant road wins since.

“It’s good to have the football guys back, they really open up everything on the floor,” Dickinson said. “A lot of our shooters get a lot more looks that we normally wouldn’t get. The type of athletes as far as the football guys, they can penetrate those lanes and spread the floor out a lot more for us.”

The two county foes went back and forth to start a fast and furious first quarter with a heated crowd. Pelham held a 9-8 lead early, but went on a 19-4 run forcing six turnovers in that stretch to take control of the game.

MJ Jones scored eight points in the opening period hampering the Wildcats with three steals and converting on the fast break. Dickinson praised his team’s effort and Jones basketball acumen.

“It’s an overall defensive performance, everybody currently understands the concept we’re doing as far as pressing,” said Dickinson. “MJ has such a high IQ, he can read a lot of things that are going on while the other action is taking place.”

Pelham (2-1) built a 36-11 lead midway through the second quarter and might have held an even larger lead if several dunk attempts hadn’t gone awry.

After halftime, the Panthers were razor sharp—especially from downtown.

Roy Gonzalez hit two of his three triples in the third quarter, and Pelham turned the Wildcats over eight more times to quiet the crowd.

“Roy shot the ball very well for us and rebounded much better for us tonight and played great defense,” Dickinson said. “Overall, I think our defense is what got it done for us.”

Pelham led 67-33 after three quarters and sailed smoothly to the win from there.

Five players scored at least eight points for the Panthers with Jones leading the way with 13.

Next, Pelham will take on Brookwood Friday, Nov. 19 at 7:30 p.m. Shelby County (0-2) will have their rematch with Pelham next Monday, Nov. 22 at 3 p.m. to kick off the Panthers’ Thanksgiving tournament.