Strong first half lifts Thompson to win against Chilton County 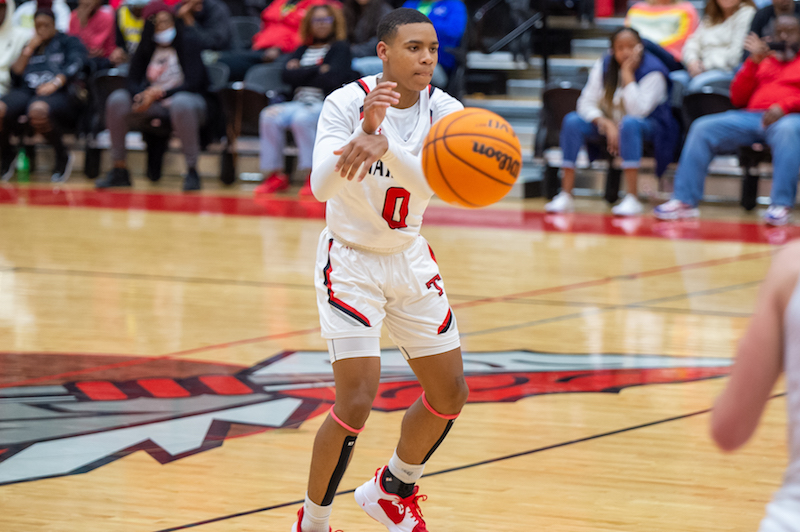 Thompson’s boys basketball team used a strong first half against Chilton County to create separation on the way to a 15-point victory. (File)

ALABASTER – A team that had lost two games by four points or less entering its Thursday night, Nov. 18 matchup with Chilton County, the Thompson Warriors wanted to leave no doubt against the Tigers.

That showed early in the matchup, as the Warriors put together two of their best quarters of the season in the opening half on both ends of the floor to create plenty of separation en route to a 65-50 victory on their home floor.

Thompson fell behind 5-2 shortly after the opening tip, but the Warriors followed that stretch with a 9-0 run to storm in front by six midway through the period.

The Tigers, however, had another push in them early in the game, which led to a 7-0 run to jump back in front by a point.

From there, however, Thompson finished the frame on a 12-2 run to start creating some distance between the two. In what was a tight 15-14 lead for the Warriors, it was back-to-back 3-pointers that sparked the run to end the opening quarter and put Thompson in front 23-14.

Chilton climbed back to within 13 points with an 8-2 run, but the Warriors followed with a 6-0 run to take a 41-22 lead into the halftime break.

Chilton County came out with a better effort on the offensive end in the third quarter after some adjustments during the half, but just as the Tigers would get close Thompson hit a 3-pointer.

Chilton got to within 12 points twice in the early portion of the third quarter, but Thompson responded with a 3-pointer each time.

Ultimately, the Tigers only ended up outscoring the Warriors 17-15 in the quarter, which allowed Thompson to carry a 17-point lead into the fourth.

Thompson was outscored by two points again in the final period, but the defense found its groove again, giving up just 11 points, while the Warriors made seven free throws down the stretch to ice the game.

With the win, Thompson improved to 2-2 on the season with the lone losses coming by scores of 51-48 to Northridge and 55-51 to defending Class 6A State Champion Mountain Brook.