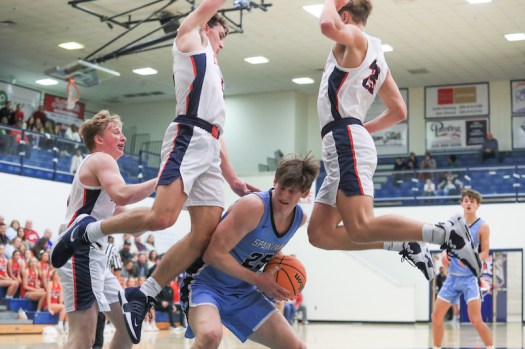 Spain Park’s Colin Turner sends defenders flying with a pump fake. Turner finished with a career high 27 and had a double-double to lead the Jags to a 62-60 comeback victory against Oak Mountain in a battle of Final Four teams from last year. (For the Reporter/Dawn Harrison) 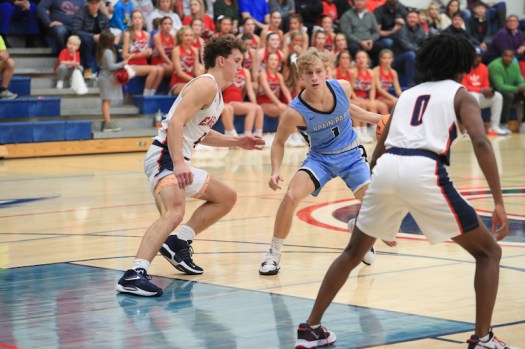 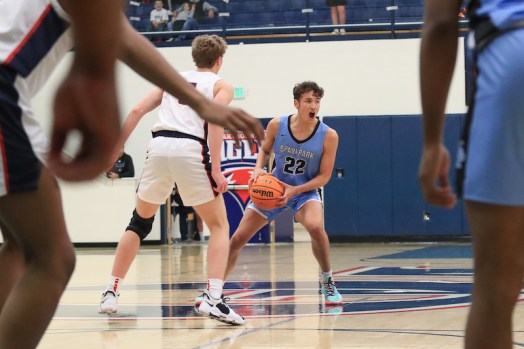 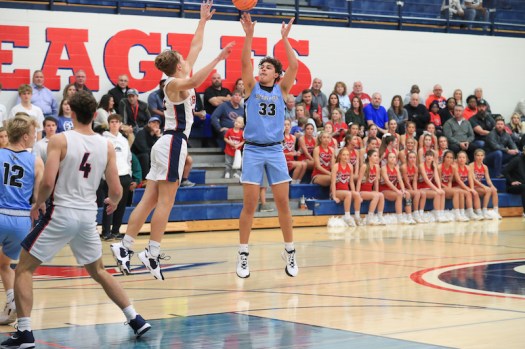 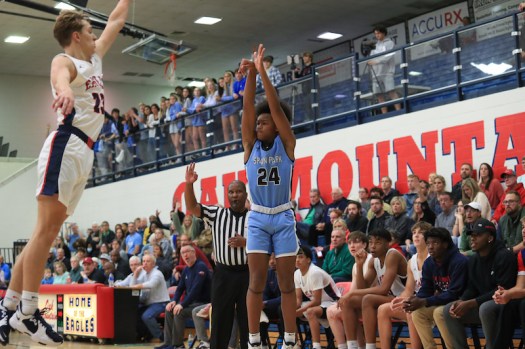 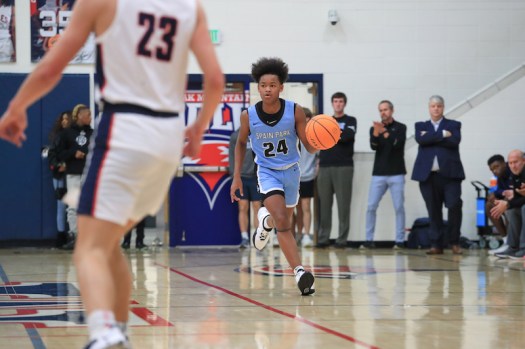 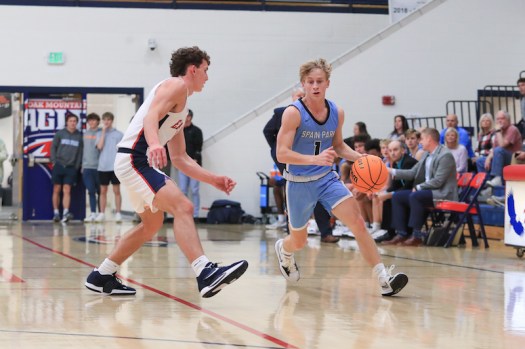 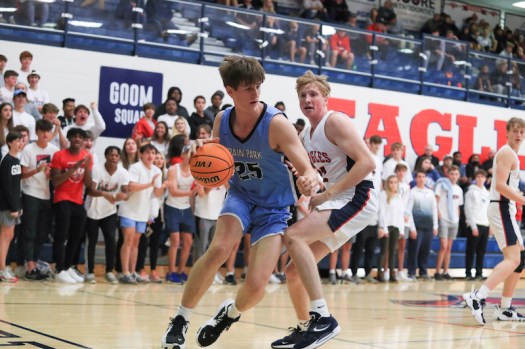 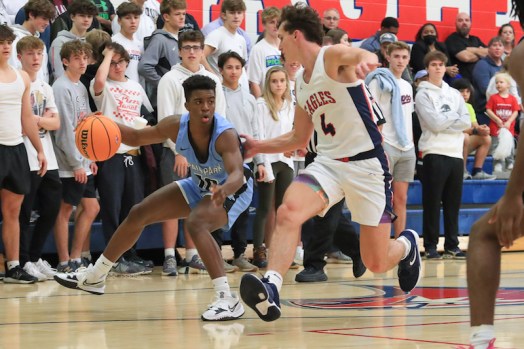 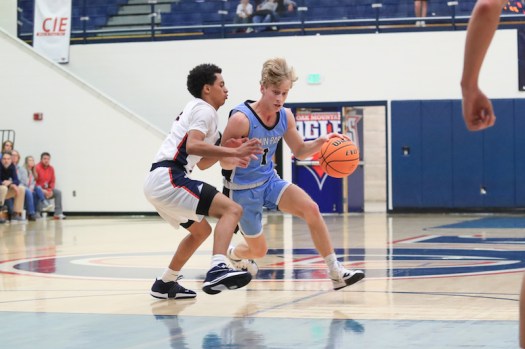 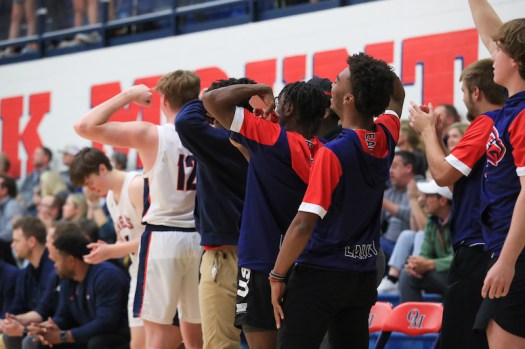 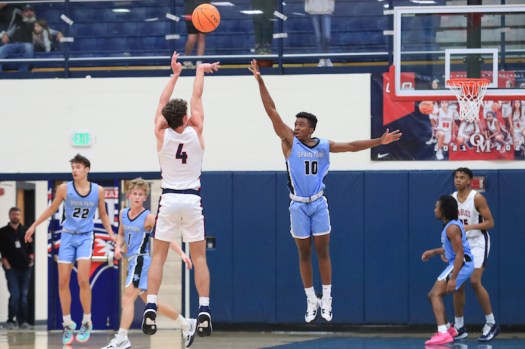 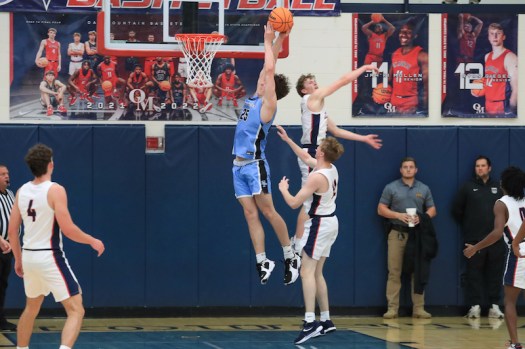 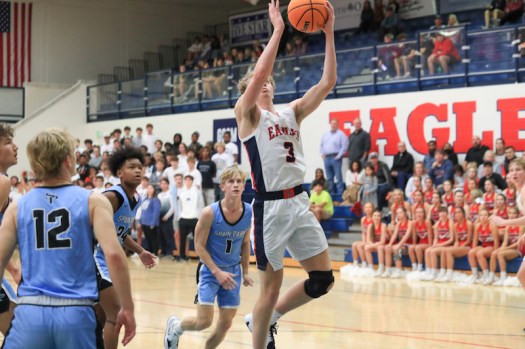 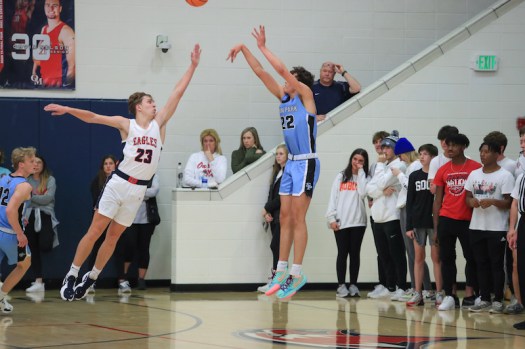 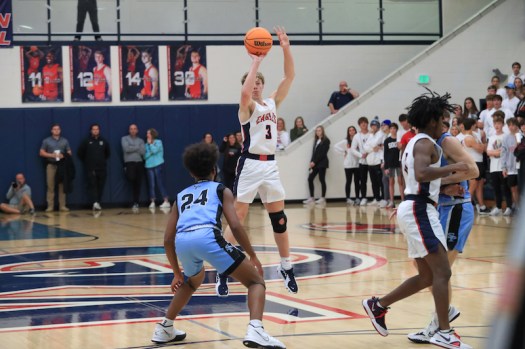 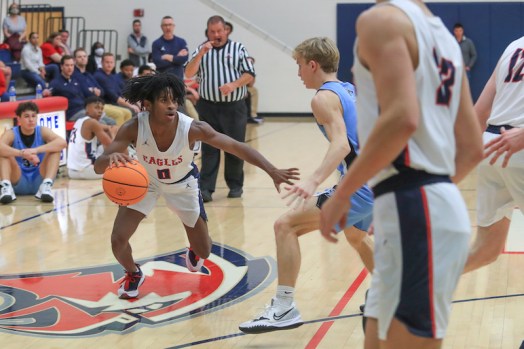 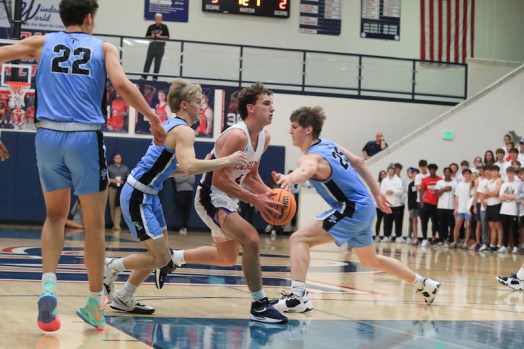 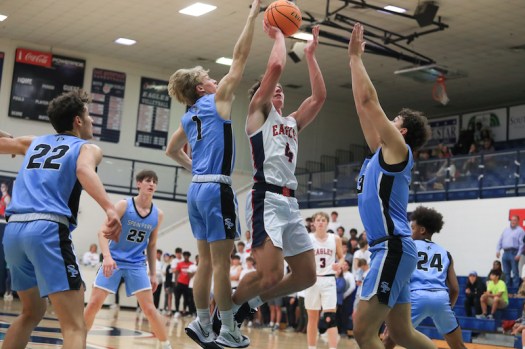 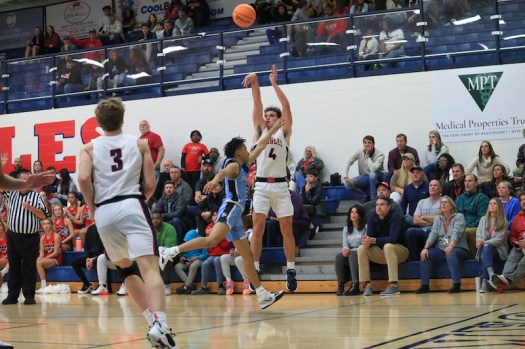 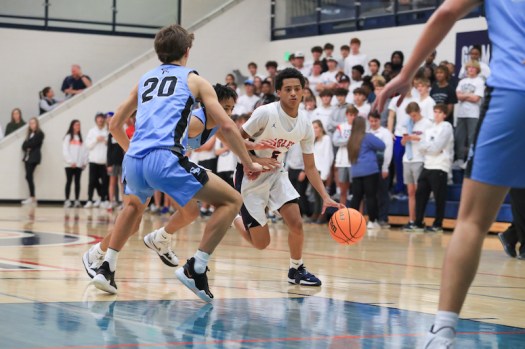 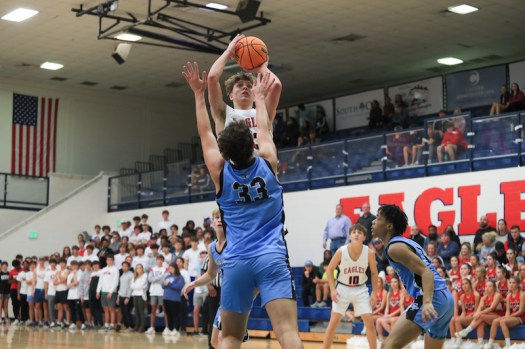 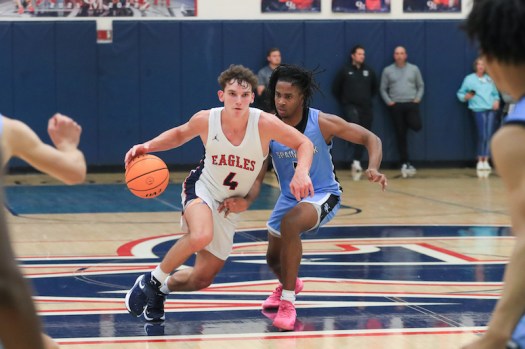 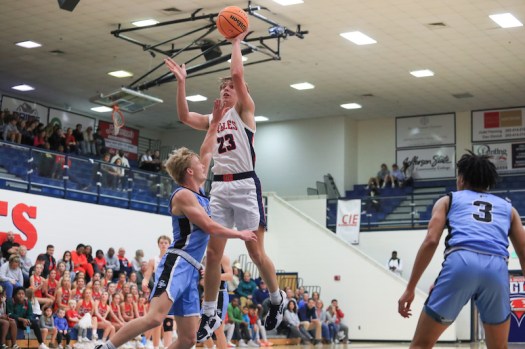 NORTH SHELBY – A buzzer-beater by Enterprise in the Final Four last year robbed us of an all-Shelby County matchup between Spain Park and Oak Mountain for the Class 7A State Championship.

Oak Mountain went on to beat Enterprise 41-37 in the state championship, as the Jaguars fell by one in the semifinals, but many wondered what would have happened had the two county teams met.

Well, the two did us a favor and scheduled one another early in the 2021-2022 season, and we finally got to see them go head-to-head on Friday, Nov. 19 in a matchup that was everything those hoping to see the matchup last year could have asked for.

Oak Mountain held a two-point lead with 2.7 seconds left looking to close the game out and remain undefeated early in the season, but the Jags had one last chance to tie or win.

Out of a timeout, in front of his own bench, Josh Harrington found a slight opening for a bounce pass in to Colin Turner. Turner turned, put one hard dribble to his left and drove hard to the basket, beating his defender and laying in the ball as the buzzer sounded to tie the game 55-55 and force overtime.

And the extra session was just as entertaining as regulation.

Spain Park grabbed the early lead in OT with another basket from Turner, but a free throw and 3-pointer from Wilder Evers gave Oak Mountain a 59-57 advantage.

But Zach Gray had possibly the biggest answer of the night when he drained a 3-pointer for the Jags to put them back in front by one. That was then followed by another clutch basket from Turner to make it a 62-59 game in the final minute.

The Eagles did earn a trip to the free throw line, but hit one of two and trailed 62-60 with 25.3 seconds left.

They were eventually forced to send Harrington to the free throw line with a foul, but after a missed free throw, the Eagles got the last look, and they went for the win.

Dribbling to his left around the wing, Evers pulled up and attempted a 3-pointer with Gray’s hand right in his face. The shot headed straight toward the basket, but hit the front of the rim and fell short as time expired, giving the Jags a thrilling 62-60 victory.

It capped off a back-and-forth battle, but a comeback for Spain Park, as the Jaguars trailed at the end of the first three quarters.

The Eagles jumped out to a 16-11 lead at the end of the opening quarter, but the Jags never did let the game get away.

They matched the Eagles with 12 points in the second quarter, which led to a 28-23 game at the half, and then outscored them by one point in the third quarter 15-14 to trim the deficit to 42-38 going to the final quarter.

As it turned out, that one-point trim going into the quarter made a huge difference in the Jags completing the comeback.

After the game, both teams now have a record of 2-1.

Spain Park will now host the Jag Classic Nov. 22-24, while Oak Mountain will travel to compete in the very difficult Spartan Turkey Jam during the same span.