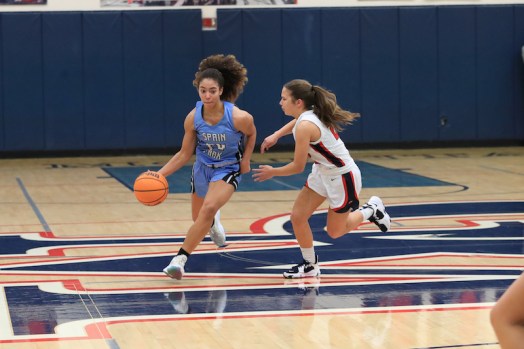 Camille Chase had 19 points to help lead Spain Park to a 43-35 victory against Oak Mountain on Nov. 19. (For the Reporter/Dawn Harrison) 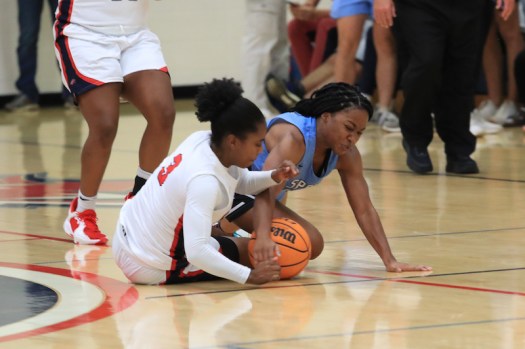 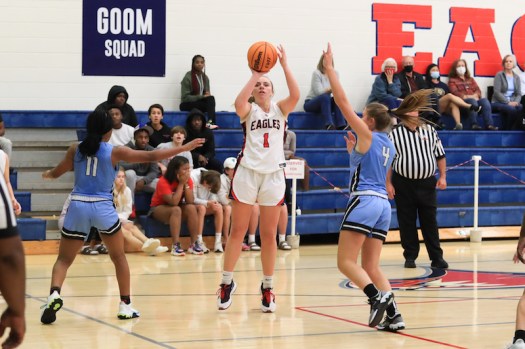 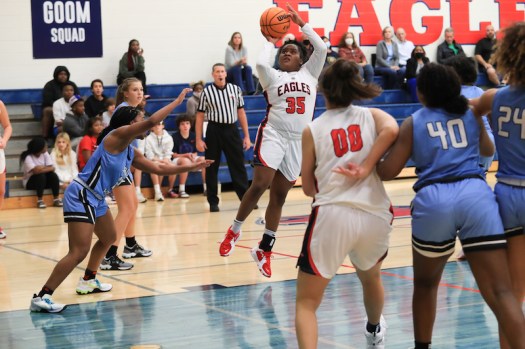 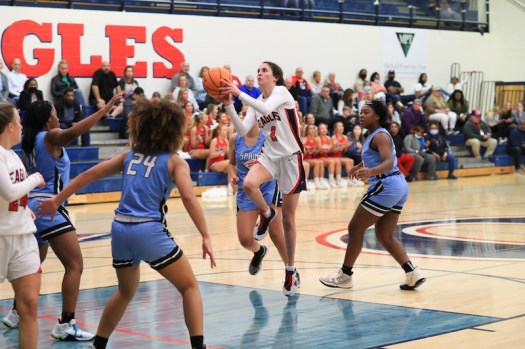 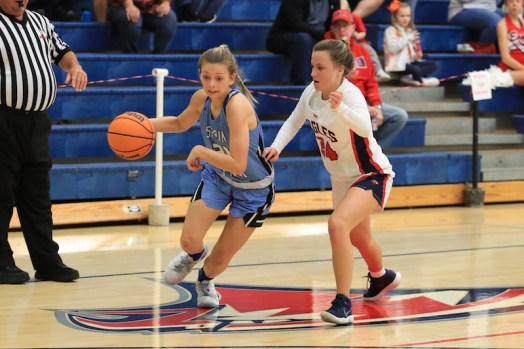 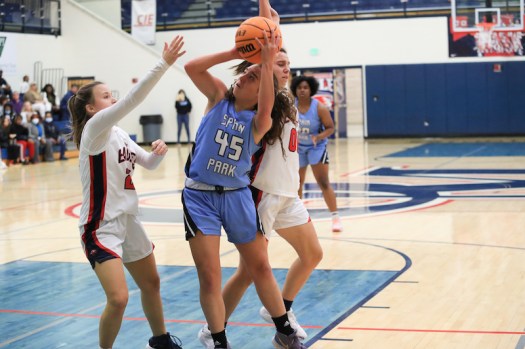 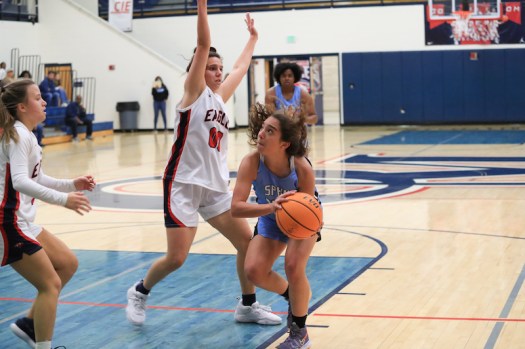 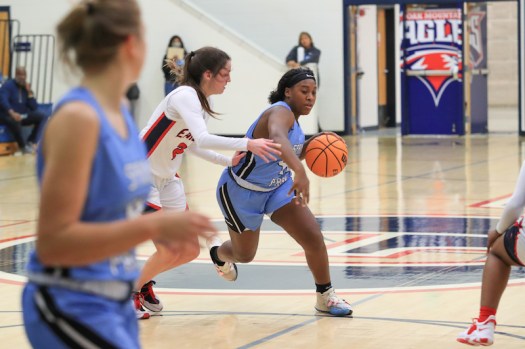 NORTH SHELBY – A strong second half and an impressive night from Camille Chase helped the Spain Park Jaguars take down rival Oak Mountain on Friday night, Nov. 19 for their first win of the 2021-2022 season.

Following five consecutive losses to some of the state’s best teams, the Jags were fueled to pick up their first win, and with shots starting to fall from beyond the arc and strong defensive pressure throughout, they picked it up by a final score of 43-35.

Spain Park got off to a strong start in the game from beyond the arc with four made 3-pointers in the opening quarter, three of which came from Chase. She totaled nine points in the frame, while Paxton Gillispie also added one to help the Jags post 12 points out of the gate.

Oak Mountain, however, matched Spain Park with 12 points thanks to three made shots from beyond the arc, a jumper and a free throw. Tamia Threatt had two of the 3-pointers, while Abby Gordon added one to help the Eagles keep pace early.

That was part of an exciting first half that saw very little separation between the two.

Spain Park, however, remained hot from deep in the second quarter as Tori Flournoy and Chase each hit one more 3-pointer in the period, while Alex Baskin was 2-2 from the free throw line and Gillispie added a jumper.

Each of those shots made the difference in the Jaguars taking a one-point lead at the half.

Oak Mountain was 3-4 from the free throw line in the second quarter and made three baskets, but that one missed free throw led to a 22-21 deficit. Charity Shaw had a strong quarter, posting six points to help keep the Eagles close.

Out of the half, however, Spain Park made some defensive adjustments, and it ultimately made a difference in the game.

With neither team able to create separation early, that changed with the Jags’ effort defensively in the third quarter. Oak Mountain only made two baskets and posted five points in the quarter.

Spain Park on the other hand hit two 3-pointers yet again and totaled nine points to finally start creating some slight separation with a 31-26 lead going to the final quarter.

The Jags then closed the game out by hitting at least two 3-pointers for the fourth period in a row thanks to one more from Chase and one from Amber Mangina.

That helped Spain Park post 12 more points to close out the 43-35 victory.

Oak Mountain was led by 13 points from Threatt, while Shaw had nine points.