COLUMBIANA – A jury has found a Chelsea man guilty of manslaughter in a case involving a fatal shooting in 2018.

Jacob Ryan Davenport, 29, was originally arrested and charged with murder after allegedly fatally shooting a 24-year-old man on Sunday, April 8, 2018. 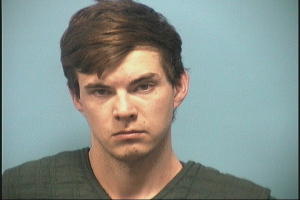 Davenport was taken into custody by the Shelby County Sheriff’s Office on the day the incident occurred.

According to the SCSO, Shelby County 911 was notified of a shooting that took place at a residence in the 900 block of Paradise Cove Lane in Shelby shortly after 1 a.m. When deputies responded, they located the victim and the suspect.

The Shelby County Coroner’s Office assisted investigators in examining the events that led up to the shooting, and the victim, identified as William Pate Walker of Shelby, was pronounced dead at the scene.

Davenport entered a plea of not guilty before the trial started on Nov. 15, according to court documents.

In its verdict delivered on Nov. 19, the jury found Davenport “guilty of the lesser included offense of manslaughter,” according to court documents.

Davenport was released on bond with the following conditions: He must not possess or be in the vicinity of any firearm; he must not use alcohol and any illegal substance, and will submit to random drug and alcohol screens; he must not leave his home except to travel to, and from, and in connection with his work, and will be subject to electronic monitoring; and he must not initiate contact with the victim’s family.

The Alabama Department of Probation and Parole will prepare a presentence investigation report in advance of the sentencing date and provide a copy to the court and all counsel, according to court documents.