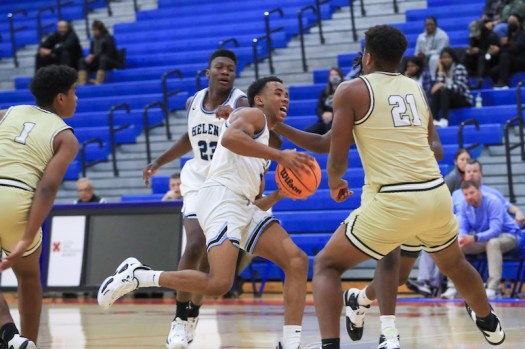 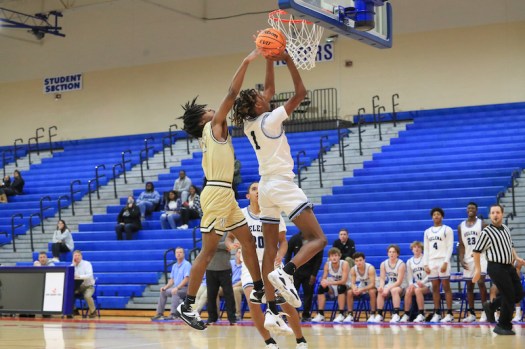 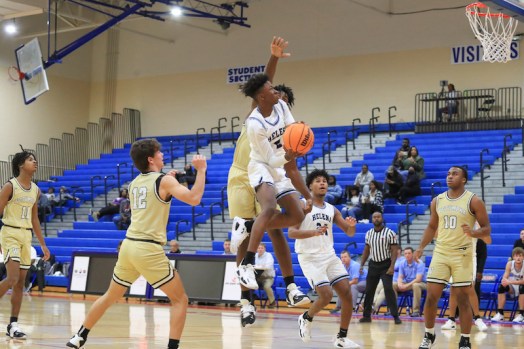 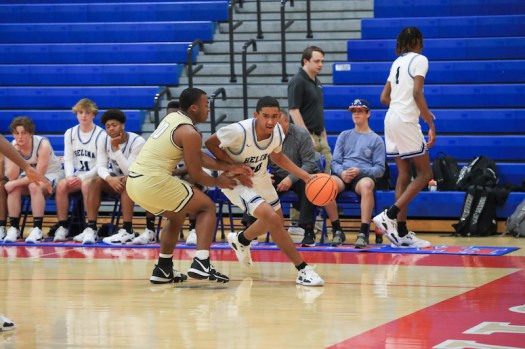 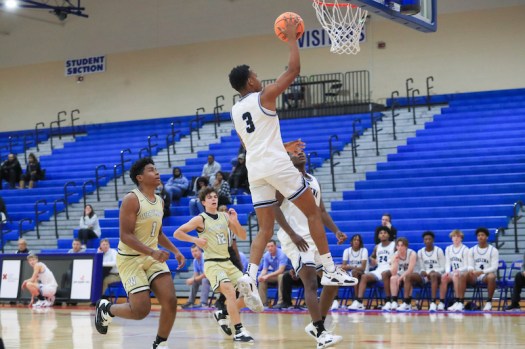 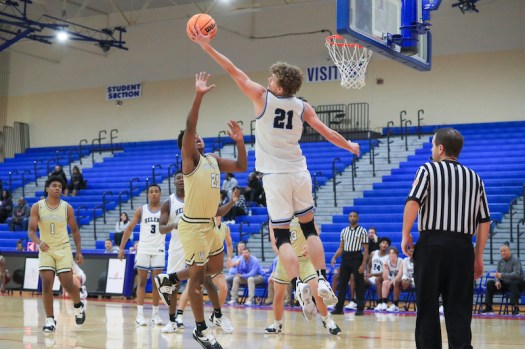 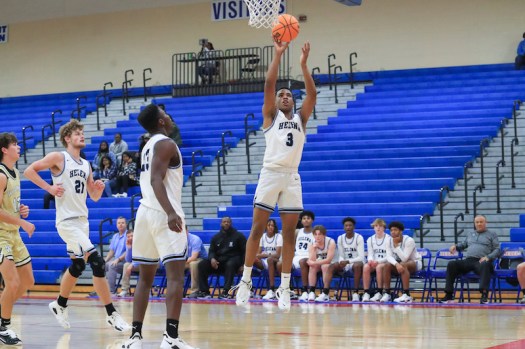 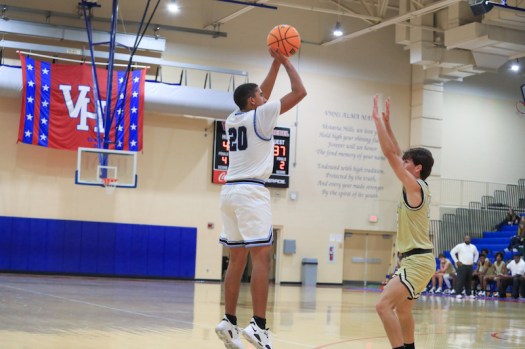 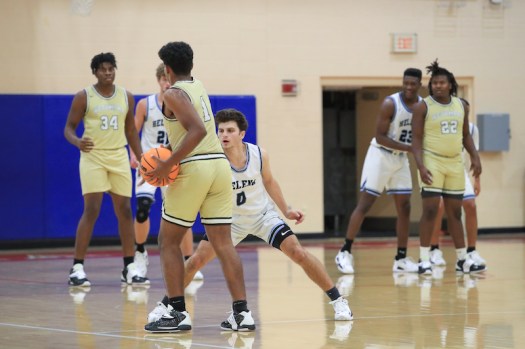 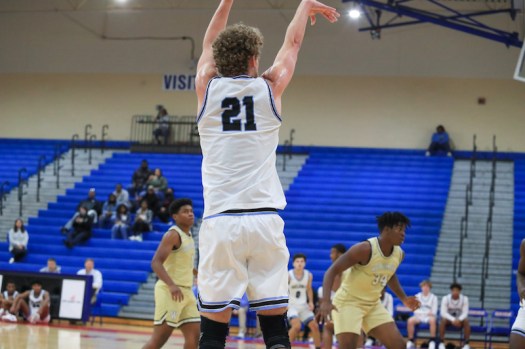 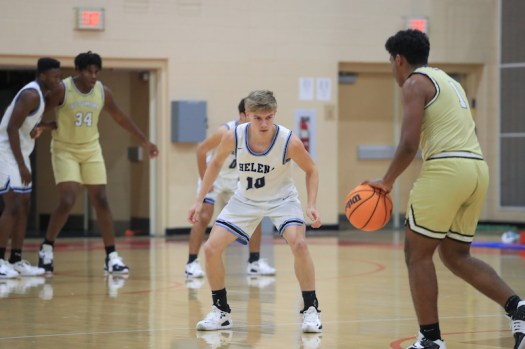 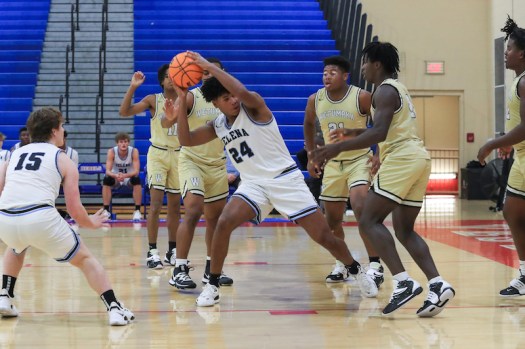 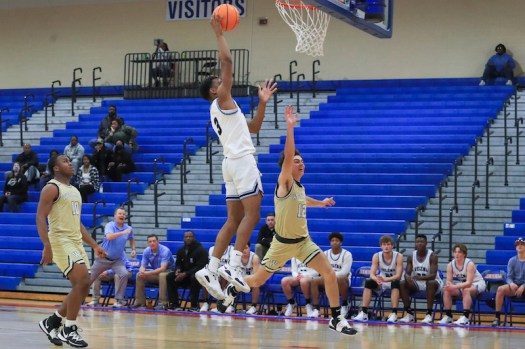 VESTAVIA HILLS – Following a difficult schedule and a 0-3 start to the 2021-2022 basketball season, a young Helena basketball team picked up their first win on Tuesday, Nov. 23.

Trailing 57-55 against Wetumpka with 14 seconds left, the Huskies inbounded the ball under their own basket looking for the tie. That’s when Jacob Satterfield saw Christian Wright sneak behind a defender right toward the basket.

Wright caught the pass from Satterfield, and without even dribbling, he went up and under a defender for the game-tying layup to force overtime.

From there, it was all Huskies, as they outscored the Indians 10-4 in the overtime period to pull away for their first win of the year by a final of 67-61.

Early in the game, it was a defensive battle between the two teams, as they combined for just eight points through the first four minutes of the game.

At that point, the Huskies trailed 5-3, but a big 3-pointer from Satterfield gave them a 6-5 advantage with 3:35 to play in period.

Helena went on to hold a 10-8 lead at the end of the first quarter.

That, however, was just the start of a strong stretch for the Huskies, as they continued a 16-5 run into the second quarter when Owen Davis hit a 3-pointer to put them up 19-10 with 6:35 to play in the half.

Wetumpka, however, put together one of its best runs of the game after that.

The game went back-and-forth for the next two minutes with Johnigan hitting a huge 3-pointer to give the Huskies the lead back at 29-27.

Then, after a free throw from the Huskies and another big basket from Wetumpka, the two teams went into the half knotted at 30-30.

Helena’s defense came out strong in the third quarter with two steals and a blocked shot helping the Huskies take a 34-32 lead early in the frame.

The Indians, however, responded with a 10-4 run to regain a four-point lead midway through the period.

The two teams then traded shots the rest of the way up until the final basket of regulation from the Huskies to force overtime.

That momentum swing then became the last, as the Huskies closed out the game from there.