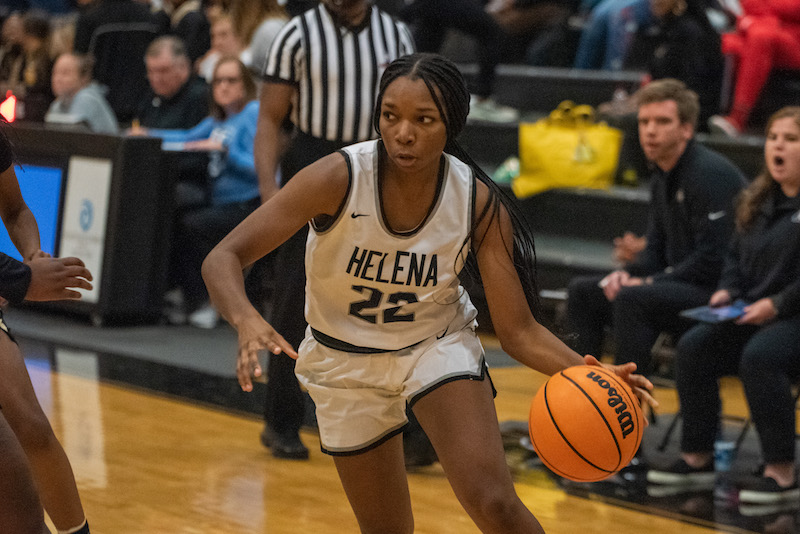 The Huskies fell in the championship game to host Bibb County, but only lost by five points, while the Huskies won the opener of the tournament in dominant fashion by a final score of 45-13 against Brookwood.

In the opening game of the tournament, the Huskies continued an impressive defensive start to the season, limiting Brookwood to single digits in every quarter and 13 for the game.

It continued a stretch of three straight games that Helena had given up 30 or less in, which helped spark success offensively as well. The dominant play helped the Huskies pull away for a 45-13 victory, as Kennedi Nobles returned to the lineup from an injury and led the team with 13 points.

Alana Scott added a double-double to continue her impressive start to the season thanks to 12 points and 12 rebounds in the winning effort.

Taking on the host team a night later, the Huskies once again put together an impressive effort.

In the opening quarter, they started with a quick 14-0 run, as the full-court press led to several steals and easy layups on the fast break for Helena.

It was all part of a 19-3 run to start the game, but the home team didn’t back down.

It took much of the game, but Bibb County fought all the way back  over the next three quarters, as Helena’s offense struggled to find the same rhythm it had during the first quarter-and-a-half.

The Choctaws, however, had found a rhythm and answered right back with a 9-0 run to storm in front 40-35.

Nobles drained one more big 3-pointer after crossing up her defender with 1:23 left in the game to bring the Huskies to within two points, but Bibb County finished the game on a 4-1 run to close out a hard-fought comeback.

Nobles finished the game with 15 points to lead the Huskies, who were 2-3 following the tournament.