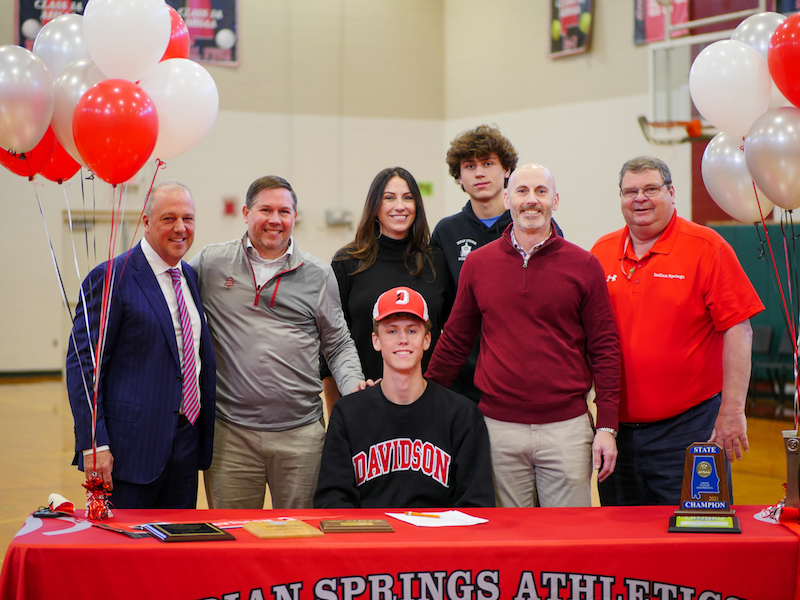 A 6-foot-7-inch, 180-pound forward, Nabors scored a state-best 52 goals and passed for 23 assists during the 2020-2021 season, leading the Indian Springs boys soccer team to win the Class 4A-5A state championship.

Outside of Indian Springs, Nabors plays with the Hoover-Vestavia Soccer Club and has trained one-on-one with professional soccer player J.J. Williams, a member of the Birmingham Legion. He also works as a soccer referee.

Nabors said he is excited to be joining the soccer team at Davidson and competing at the highest level of collegiate soccer, while also attending a prestigious liberal arts college.

“When I went on my official visit, it felt as if I was already a part of the team and just overall felt very comfortable in the Davidson environment,” Nabors said. “Also, Davidson is on Lake Norman, which is a pretty neat bonus.”

Nabors has maintained a 3.7 GPA at Indian Springs. When he’s not in the classroom or on the field, he serves on the Youth Action Council and Youth Philanthropy Council for Youth Serve Birmingham and volunteers for local food banks and toy drives.

In addition to his community service work, he holds a part-time job in the kitchen of a busy fast-food restaurant.