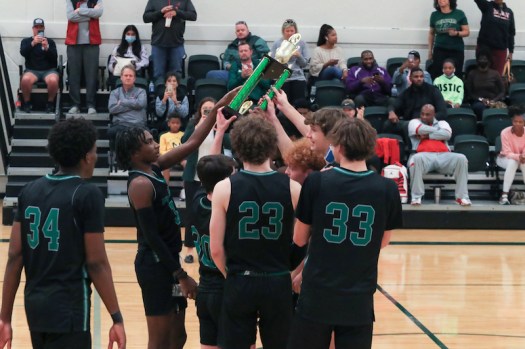 Pelham’s players celebrate by hoisting the trophy after sweeping through their own tournament during the week of Thanksgiving. (For the Reporter/Dawn Harrison) 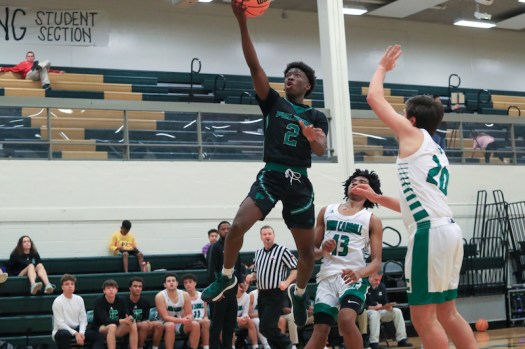 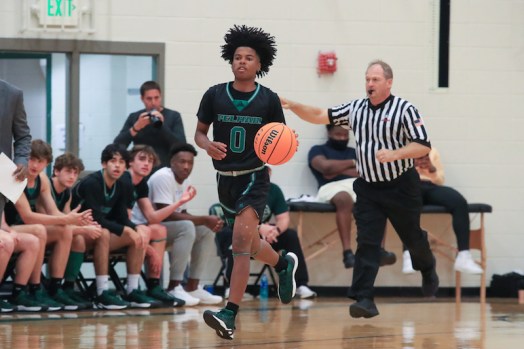 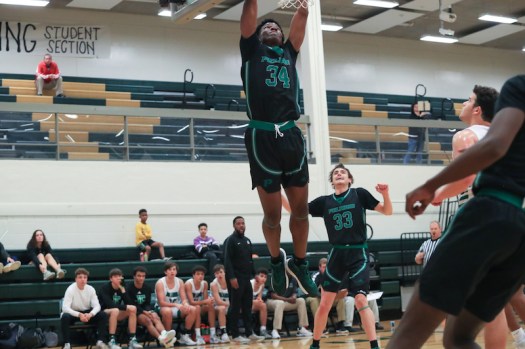 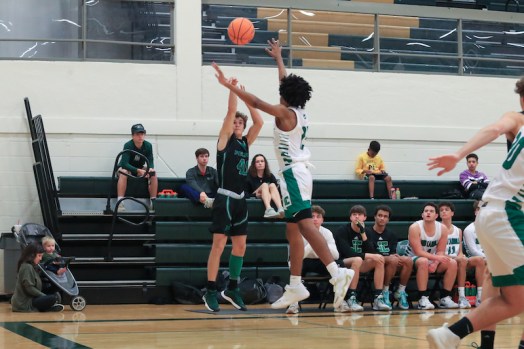 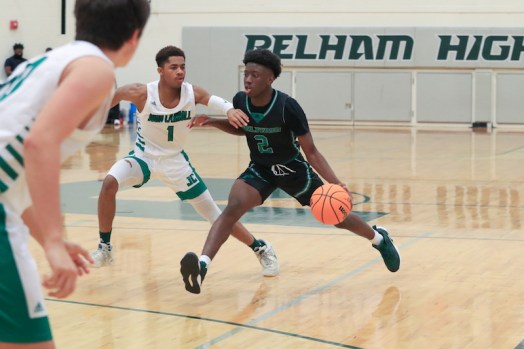 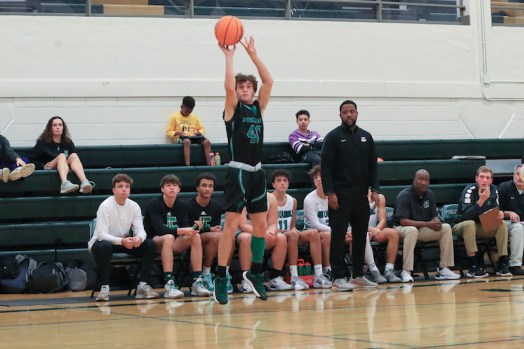 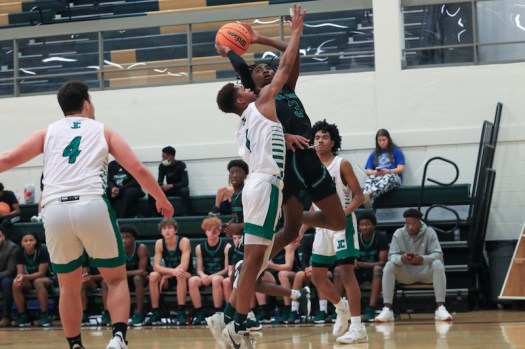 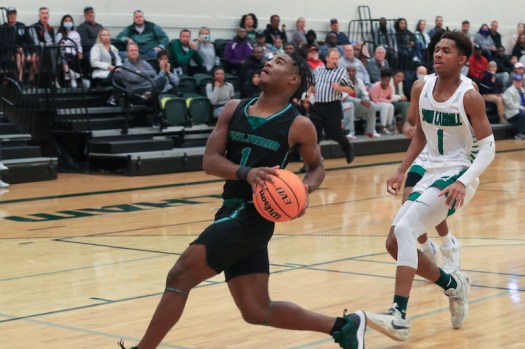 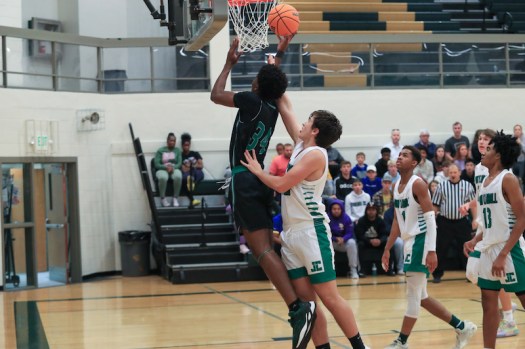 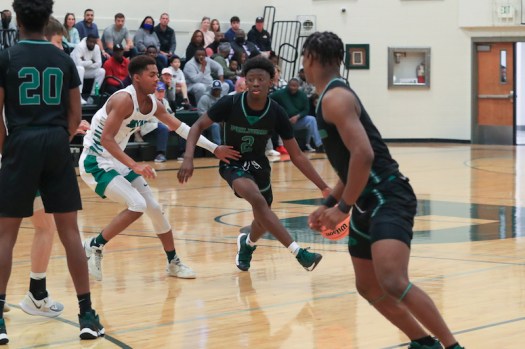 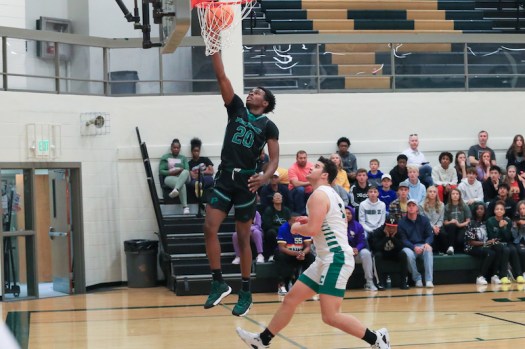 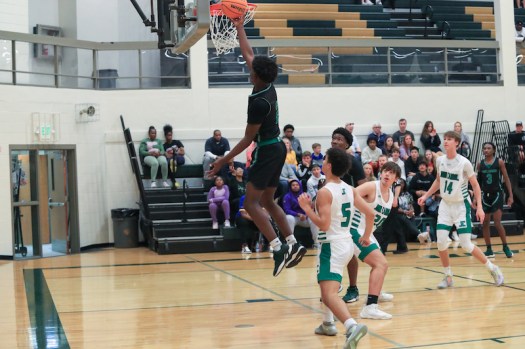 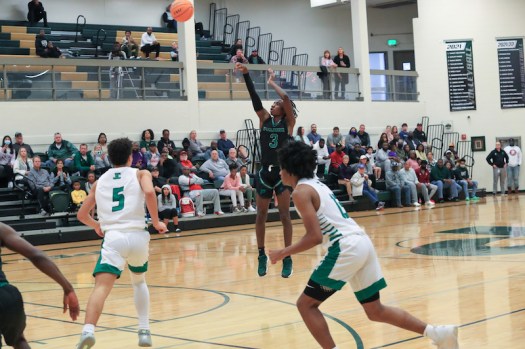 PELHAM – The Pelham boys basketball team swept through its own tournament during the week of Thanksgiving to keep their winning streak alive and notch an early-season tournament championship.

After dropping their first game of the season in a 66-60 loss to Class 7A Hewitt-Trussville, the Panthers beat Tarrant, Shelby County and Brookwood heading into their own Thanksgiving tournament on Monday, Nov. 22.

Pelham then continued to use that momentum to put together wins against Shelby County, Pell City and John Carroll in three consecutive days to claim the tournament championship.

Following a 74-28 win against the Wildcats to open the tournament and a 67-44 victory against Pell City in the semifinals, Pelham found itself up against 3-0 John Carroll in the championship game.

And the Panthers wasted no time at all creating separation behind sharp shooting from the floor and stellar defensive play.

That helped Pelham post 15 points in the opening quarter, while the defense limited the Cavaliers to nine points on four made shots.

It was the second quarter, however, that made the difference.

It started with the defense giving up single digits again at six, while the offense added 21 points thanks to seven different scorers.

Jones added five more, but it was two 3-pointers from Jackson Germek that were a spark for the Panthers en route to a 36-15 lead at the half.

Pelham was outscored in the third quarter, but eight points from Jones helped the lead remain at double digits.

The Panthers totaled 12 in the quarter, while John Carroll tried to claw back with 16 points, but the Cavs still trailed by 17 going to the final quarter.

And Pelham didn’t allow them to get any closer.

In the final quarter, the Panthers posted their second best quarter of the game with 19 points thanks to seven more scoring, including four points from three different players.

That, combined with the defense giving up single digits again, helped Pelham pull away for the 67-40 win to claim the championship.

Jones led the way with 28 points in the game, finishing with 11 field goals and a 4-5 mark from the free throw line. Kamari Hollis added eight points, while 12 different players scored for the Panthers in a balanced attack.

In the semifinal matchup against Pell City, it was Roy Gonzalez who led the way with 16 points, while Jones finished one behind with 15. Avery Childress added a third scorer in double figures with 10, while Hollis had nine.