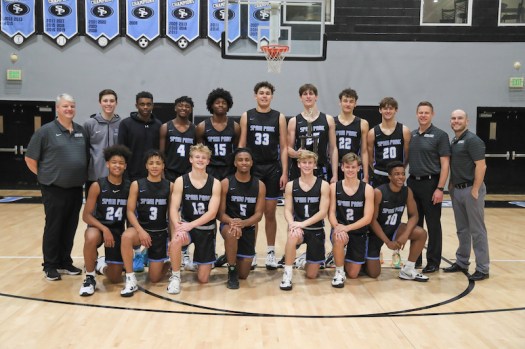 Spain Park stands with the trophy following the championship win against Homewood. (For the Reporter/Dawn Harrison) 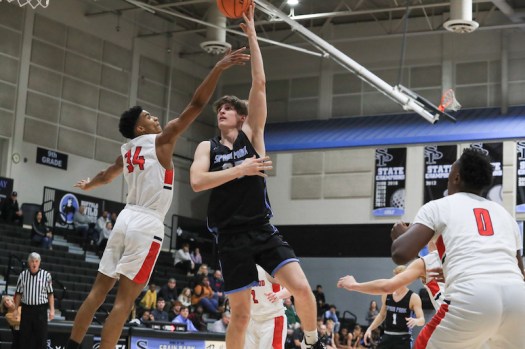 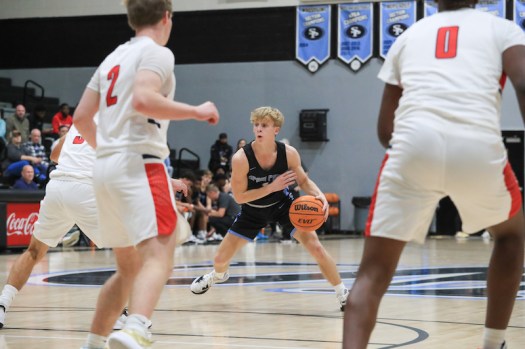 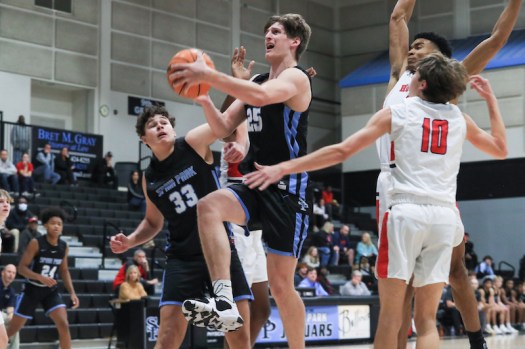 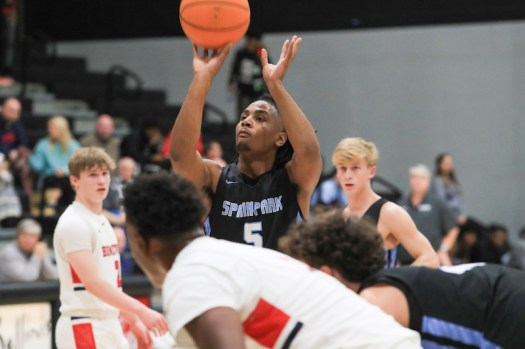 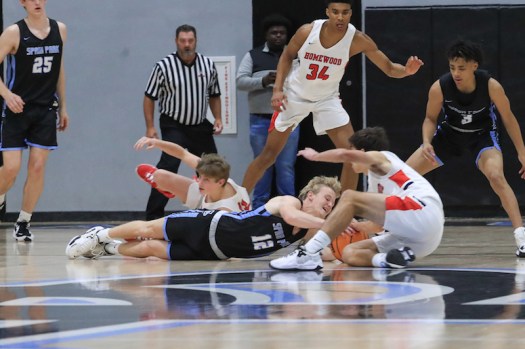 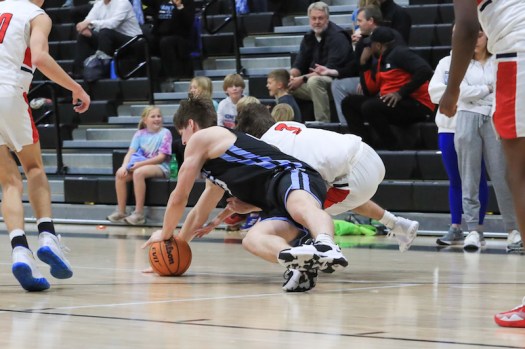 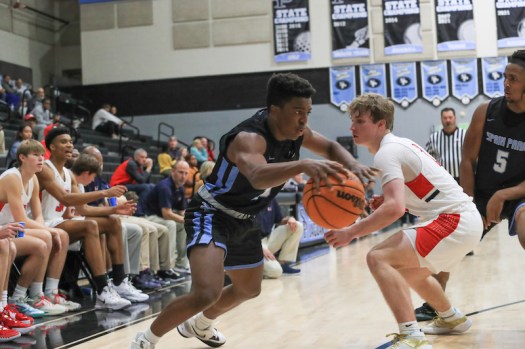 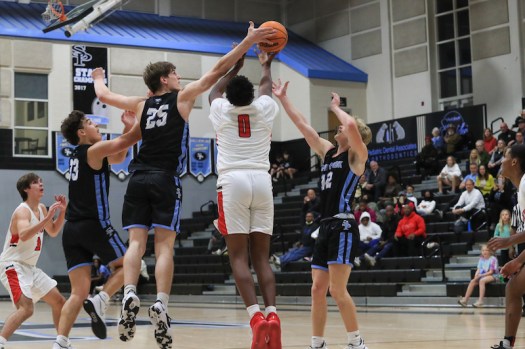 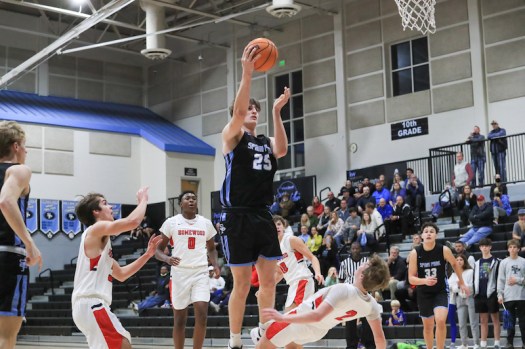 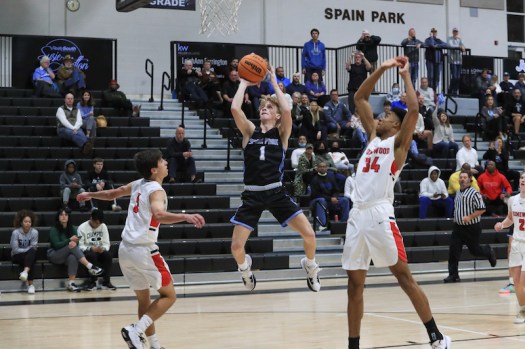 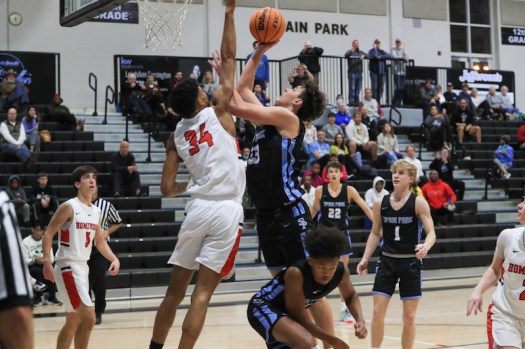 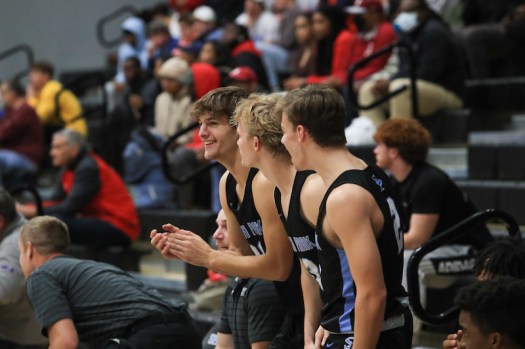 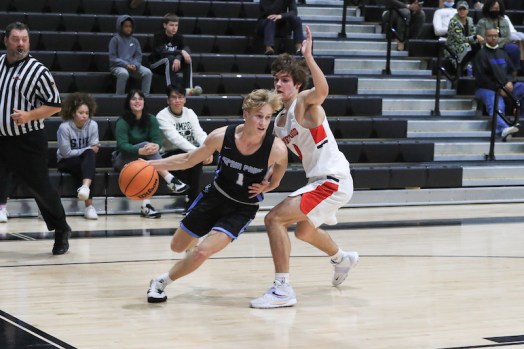 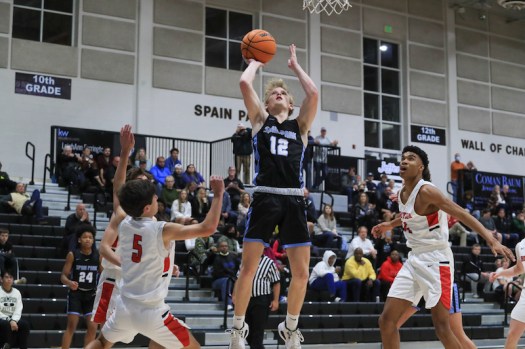 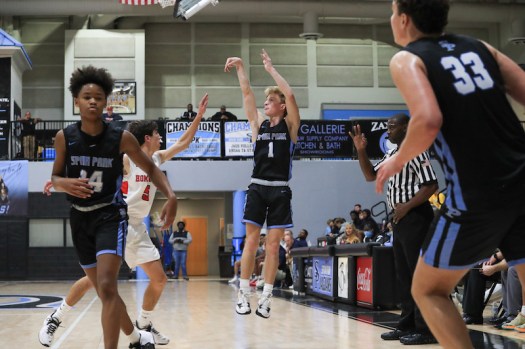 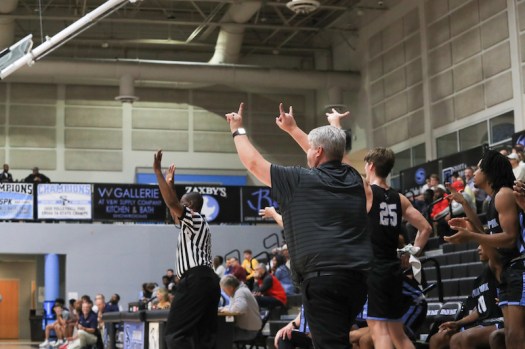 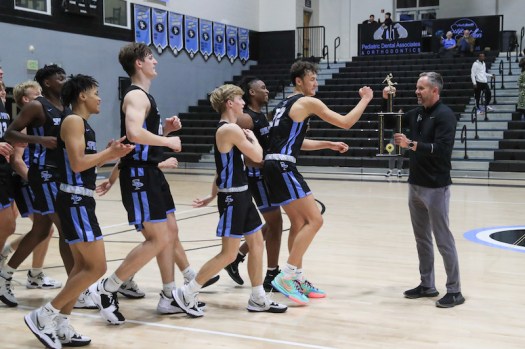 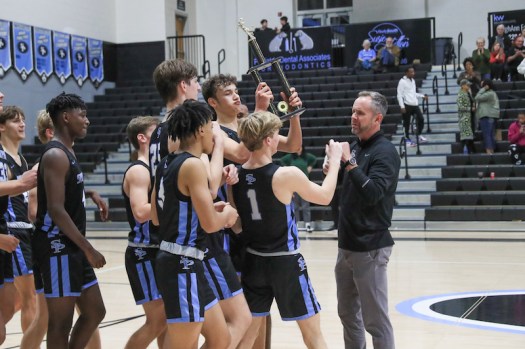 HOOVER – The Spain Park boys basketball team lost its opener to the 2021-2022 season, but ever since, the Jaguars have been on a roll, and it paid off in their own tournament during Thanksgiving week.

Hosting the Jag Classic, the Jaguars reeled off three consecutive wins against Chelsea, Anniston and Homewood to claim the championship and extend their win streak to five games in a row.

Spain Park took two of the games by at least 18 points and scored 78 in the team’s closest win of the tournament to power through the event.

In the opener, it was a 65-47 win against Chelsea that kick-started the special run.

The game started with a tight first quarter that actually saw the Hornets lead 19-18 at the end of one.

The Jaguars, however, bounced back with a much better effort defensively in the second quarter, limiting Chelsea to just 10 points. That combined with a 17-point effort offensively gave the Jags a 35-29 lead at the break.

It marked the first of two straight 17-point quarters for Spain Park’s offense, as the Jaguars came out in the third quarter and reached 52 points, while the defense helped create separation by allowing eight more.

Leading 52-37, the Jags didn’t look back from there and coasted to the 18-point win.

Colin Turner led the Jaguars with 24 points, while Josh Harrington was just behind with 19.

The second game of the tournament against Anniston was perhaps the most challenging for Spain Park, but it wasn’t because of a lack of determination early.

Spain Park came out firing in the opening quarter, scoring 23 points, while the defense limited the Bulldogs to 12 for an early nine-point advantage.

Anniston, however, made adjustments in the second quarter and found a way to put up points against the Spain Park defense.

The Bulldogs scored 19 and limited the Jaguars to 13 to cut the deficit to five at 36-31 going into the halftime break.

That tight battle continued into an exciting third quarter that saw both offenses light it up from the floor.

Spain Park totaled 25 points and got two big 3-pointers from Zach Gray and Hunter Herritt to remain in front. The Bulldogs matched the Jags shot-for-shot though, putting up 24 of their own to remain within striking distance down 61-55 going to the final quarter.

The Jaguars, however, were able to create some slight separation early in the final quarter, taking a nine-point lead with four minutes to play.

Anniston cut it back down to eight, but the Jags were able to hold off the Bulldogs from there for the 78-69 victory.

Turner added 30 more points to continue an impressive tournament, while Gray, Harrington and Chase James all finished in double figures.

That led to a matchup with Homewood for the championship, and the Jags picked up right where they left off the day before.

This time, however, it was the effort of the defense that helped the Jags early.

With the offense struggling in the opening half, the defense limited Homewood to 17 points in the first two quarters, including six in the second quarter, to take a 19-17 advantage going into the break.

That was all the team needed going into the second half, as halftime adjustments made a difference for the offense.

With the lead now double that of Homewood’s score, the Jags relied on defense to bring it home in the final quarter, creating the final score of 46-27 to claim the championship.

Turner led the way again with 14 points in the win, while Sam Wright had 11 and Gray 10. Harrington finished the three-day tournament with six points in the championship game.