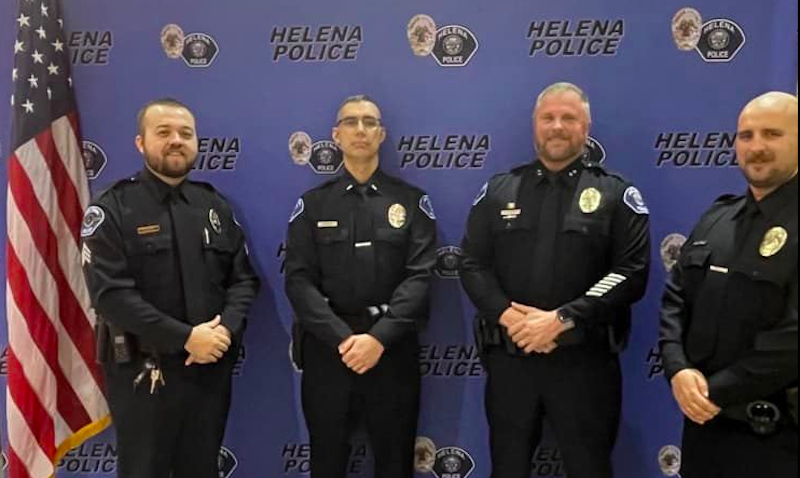 HELENA – On Nov. 24, the day before Thanksgiving, three Helena police officers were given something to truly be thankful for. Lieutenant Charles Hudson, Sergeant Andrew Coker and Corporal Will Givan were promoted by the Helena Police Department.

“We can’t think of a better way to head into the Thanksgiving holiday than celebrating the promotion of 3 hard working HPD Officers,” the Helena PD wrote in a Facebook post. “We are very proud of these officers and thankful for their hard work and dedication to the department and our community.

Helena PD Chief Brad Flynn said the promotions were very much well deserved, and that three officers receiving promotions on the same day is a very rare occurrence.

“We definitely got the right guys for the job,” Flynn said. “These guys, I trust them implicitly with the course and direction of this department, and I’m proud of each and every one of them.”

Flynn continued that the process of choosing which officers to promote comes from a very in-depth and thorough series of oral and written tests.

“Any promotions are open and competitive meaning we do a series of tests to determine their viability to function in that specific role,” Flynn said. “It’s a very in-depth exam. If they don’t know it they aren’t going to pass it. It requires a lot of work and time dedicated to knowing everything a supervisor needs to know.”