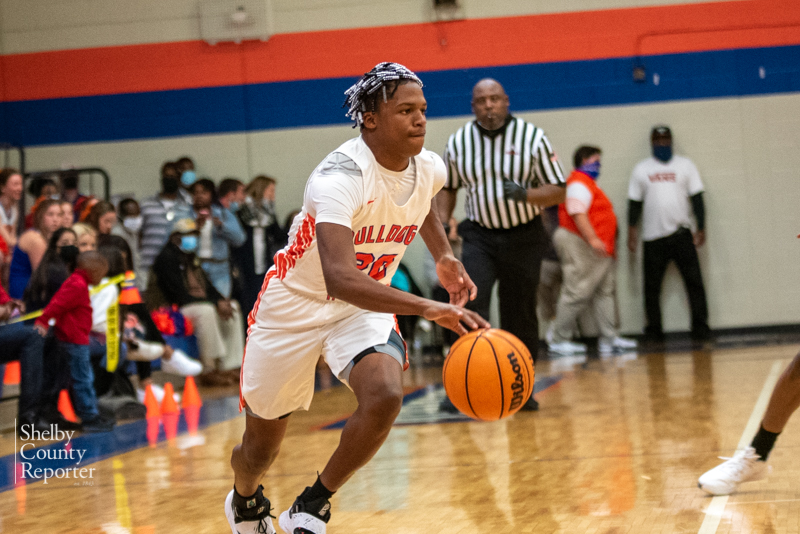 Montevallo’s boys basketball team notched its first win of the 2021-2022 season against Thorsby on Tuesday, Nov. 30, while the girls also grabbed their first win. (File)

MONTEVALLO – For the first time as a head coach, Montevallo’s Tyler Blackwell picked up a win on Tuesday, Nov. 30.

Taking on Thorsby in his third game leading the Bulldogs, Blackwell helped lead his team to a 55-45 victory against Bibb County in a consistent effort throughout from his team.

It marked a big night overall for Montevallo’s boys and girls basketball teams, as both picked up their first win of the season, including a 50-28 win from the girls in a dominant effort.

In the boys’ game, Montevallo jumped out to an early lead with an impressive 16-point quarter from the offense.

The Bulldogs combined that with kick-starting a consistent defensive effort that saw them give up no more than 12 points in any quarter of the game for a 16-12 lead at the end of one.

In the second quarter, however, the offense took a step backward.

Montevallo had its worst quarter of the game on that end of the court with nine points.

The defense, however, had its second best period of the game, giving up 11, which allowed the Bulldogs to hold onto a 25-23 lead going into the halftime break.

Montevallo responded with its best defensive quarter of the game coming out of the half, giving up 10 points in the third quarter, while the offense bounced back with 13 points to extend the advantage to 38-33 with one period left.

And the Bulldogs saved their best offensive quarter for last.

In the final frame, they totaled 17 points and gave up 12 again to bookend the strong performance and grab the 10-point victory.

The boys followed an impressive effort from the girls, who gave up nine or less points in every quarter of their matchup with the Choctaws.

Early, however, the Bulldogs struggled offensively themselves with just eight points, placing them in a one-point deficit at the end of the first quarter.

That seemed to lite a fire in them going to the second quarter.

Montevallo responded with a one-sided 17-1 period to not only erase the one-point deficit but storm in front for a 23-10 lead going to the half.

From there, consistency was the game for the Bulldogs.

They scored 13 in the third quarter and 12 in the fourth quarter, while the defense allowed nine in each period to help them pull away for the 22-point victory.