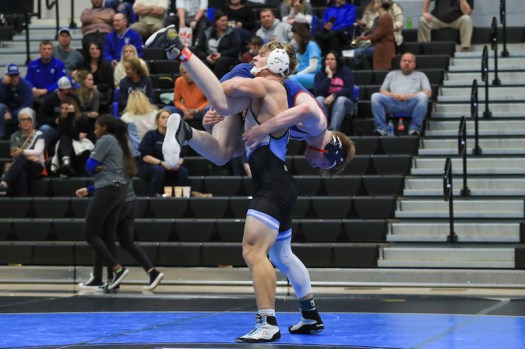 Spain Park’s wrestling team put together an impressive showing at a quad match on Wednesday, Dec. 1. (For the Reporter/Dawn Harrison) 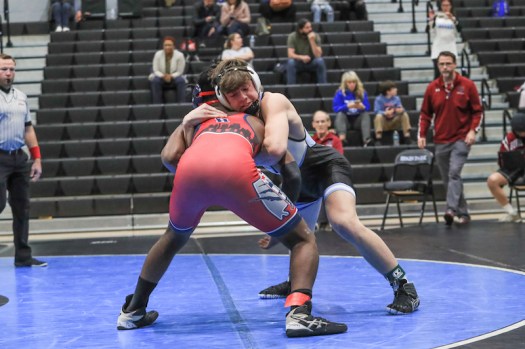 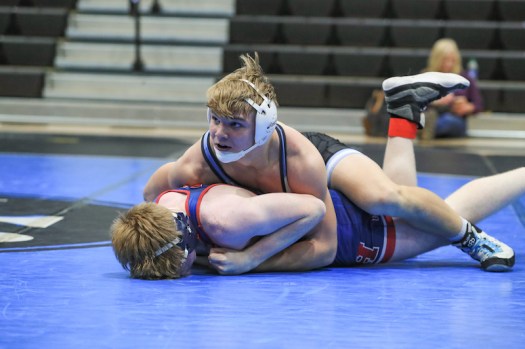 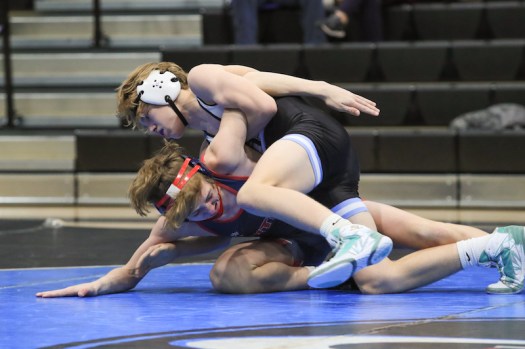 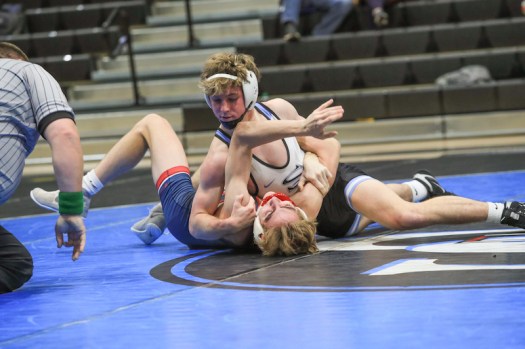 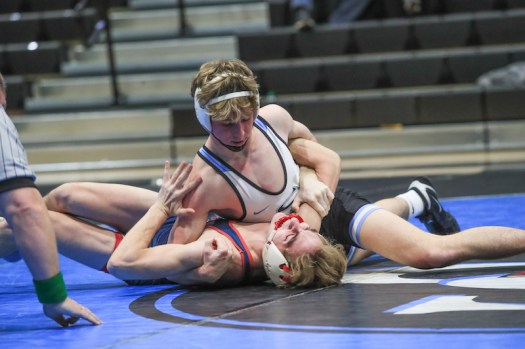 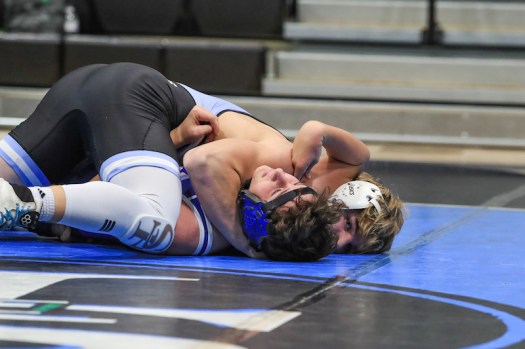 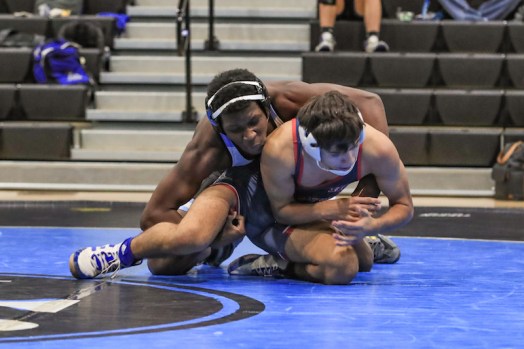 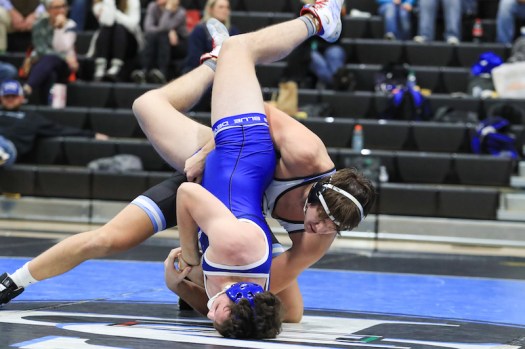 In 2012, Spain Park wrestling coaches Ryan and Matt Thompson had nine wrestlers on their team, not even enough to fill all the weight classes.

Fast forward to this year on Wednesday, Dec. 1 and 27 wrestlers took to the mat to wrestle in a quad meet against Huntsville, Mortimer Jordan and Tuscaloosa County.

Spain Park was only one match away from sweeping all three teams Wednesday, falling to Huntsville by a score of 40-36.

In those two matches, they had a total of 16 pins, 4 decisions and 5 forfeits.

Taking on Huntsville, both teams won seven matches, but Spain Park gave up six points with a forfeit in the 220 weight class and Huntsville walked away with a win of only four points over Spain Park.

There were quite a few Spain Park wrestlers who went 3-for-3, winning in each of their matchups.

In the 126 weight class, eighth grader and second-place finisher in the 2021 State Championships Bradley Williams won all three of his matches.

In his final match, Williams would show his dominance early and pin his opponent Andrew Jones from Tuscaloosa County in the first period with a fall time of 1:07.

Jackson Mitchell in the 170 weight class is back and ready for redemption as his season ended early from a broken thumb last year.

Mitchell picked up the fastest fall time of the night of 27 seconds against Cort Bulloch of Mortimer Jordan. Huntsville’s Jonah Howard also fell by pin with a time of 2:44 and his would pick up his final win over Tuscaloosa County by forfeit.

In the 180 weight class, Will Conlon picked up another three pins for the Jags.

In the 285 weight class, Rayshod Burts also put 18 points on the board with three pins as well.