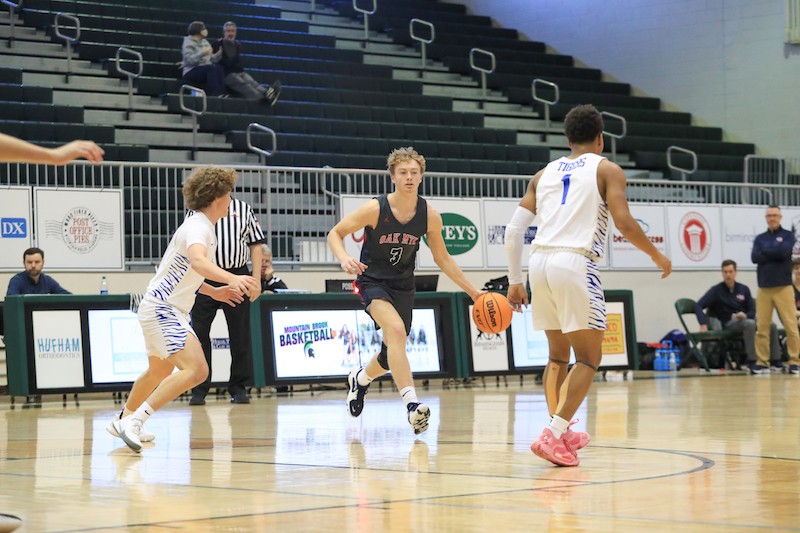 The Oak Mountain Eagles used a strong start and clutch free throw shooting to pull away from Huffman on Dec. 3. (File)

BIRMINGHAM – A fast start and three scorers in double figures helped the Oak Mountain Eagles pick up their fifth win in a row and third win in four days on Friday, Dec. 3 in a road matchup with Huffman.

The Eagles outscored the Vikings 32-17 in the opening half and finished strong in the fourth quarter to pick up a 12-point, 57-45 victory.

In the opening quarter, the Eagles fell behind 6-3 early, but quickly bounced back with a 7-2 run to take a 10-8 advantage.

That was part of a 12-4 run to end the quarter for Oak Mountain, as the Eagles took a 15-10 advantage at the end of one.

The momentum shift also carried into the second quarter, as they started the period on a dominant 17-2 run that helped them open up a 20-point advantage.

Oak Mountain held that 15-point advantage up to 39-24 before Huffman started its trek back into the game. The Vikings ended the third quarter on a quick 4-0 run that brought them back to within 11 points going to the final quarter, giving them their first real momentum since early in the opening frame.

Then, early in the final quarter, Huffman put together a 9-0 run to draw within four points and put pressure on the Eagles.

Oak Mountain, however, answered with a big stretch, making two of four free throws and getting a big basket from Matthew Heiberger to go back up by eight.

From there, the Eagles dominated from the free throw line to ice the game.

Evan Smith and Brady Dunn went 4-4 from the line down the stretch, while Heiberger and Ryan Giegel both went 2-2 to close out the 57-45 win.

Dunn finished as the team’s leading scorer with 15 points, while Smith and Gavin Nelson both finished with 10 points to give the Eagles three in double figures.