Reasor and Moultrie put on show as Thompson tops Calera 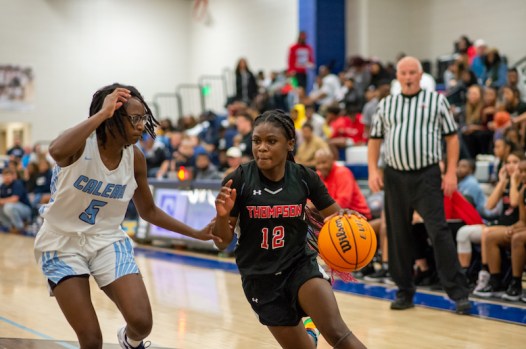 Alecia Reasor, above, totaled 27 points to help lead the Thompson Warriors to a hard-fought win against Calera on Dec. 3. (For the Reporter/Larry Dancy) 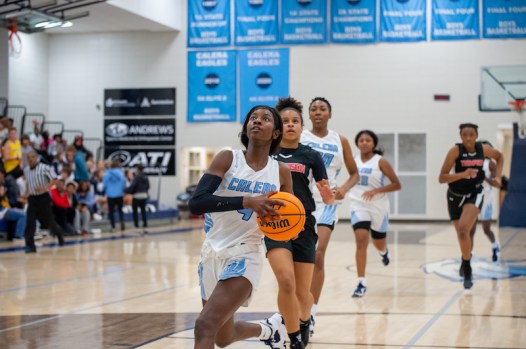 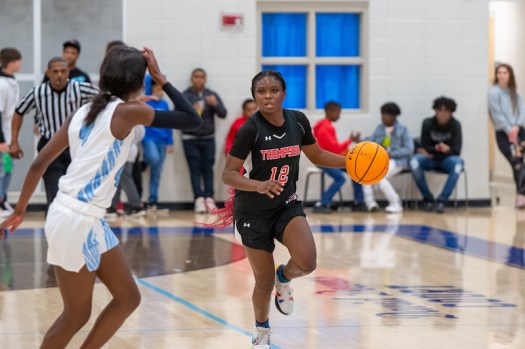 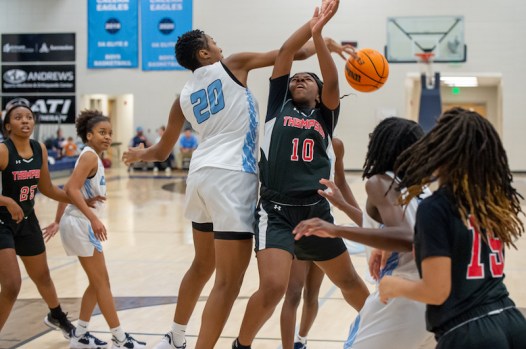 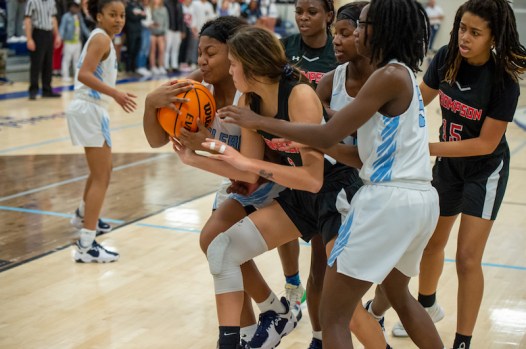 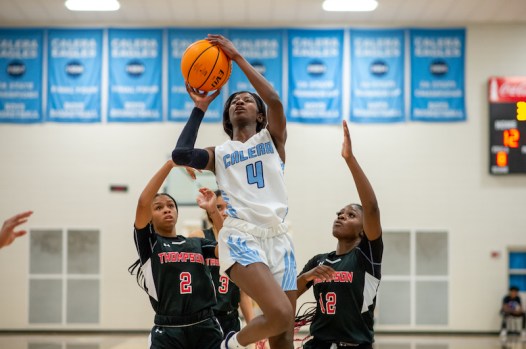 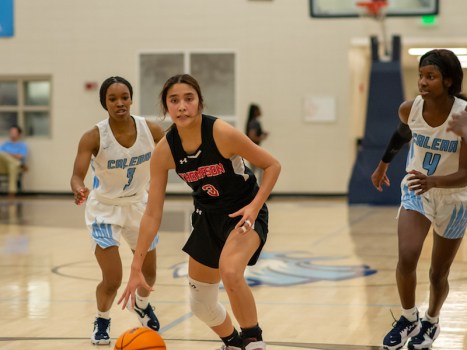 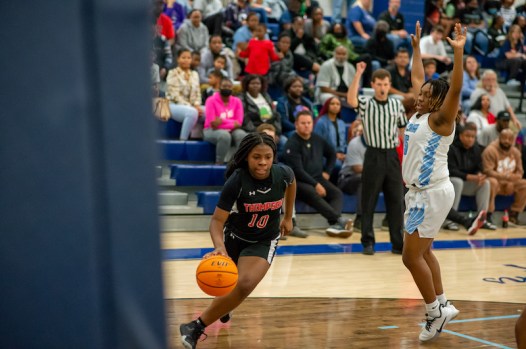 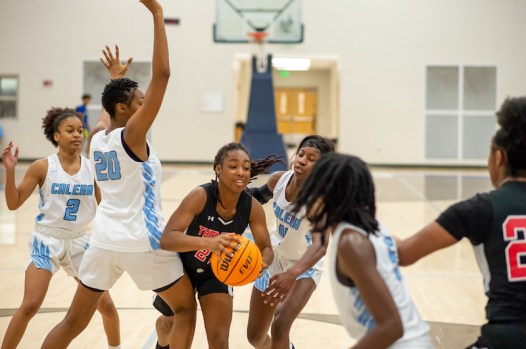 The Thompson Warriors beat the Calera Eagles 48-39 in Calera on Friday, Dec. 3 surviving a second-half surge from the Eagles in a game where much of the respective offenses flowed through Alecia Reasor and Kaylen Moultrie.

Thompson jumped out to an early 5-0 lead midway through the first quarter, but it only took a minute and a couple Calera layups to cut the lead to one.

The Warriors, however, closed the quarter on a 7-0 run and looked in control of the game after the first quarter.

Sensing an opportunity to go up by even more early in the second quarter, Thompson started to press the Eagles, causing few turnovers.

However, it was still a strong defensive quarter for both sides for a while before the Warriors closed with a scoring run to go into the half with a 25-14 lead.

The start of the third quarter was very physical, but the Eagles were able to withstand it to go on their best run of the night.

Redrea Smith had a big block leading into a Moultrie layup to give Calera the 29-28 lead and ignite the home crowd with less than two minutes to go in the third quarter.

However, the lead was brief as the Warriors grabbed the advantage back at 32-29 going into the final period.

The fourth quarter was hard fought as both teams tried to finish the game strong.

Thompson opened the quarter shooting well, but Calera was able to pull the game within four and forced a Thompson timeout with just more than a minute left in the game.

The Warriors then pulled away at the free throw line and didn’t look back, closing out the 48-39 win.

Reasor carried the bulk of the load for the Warriors with 27 points, while Moultrie led the Eagles with 22 points.