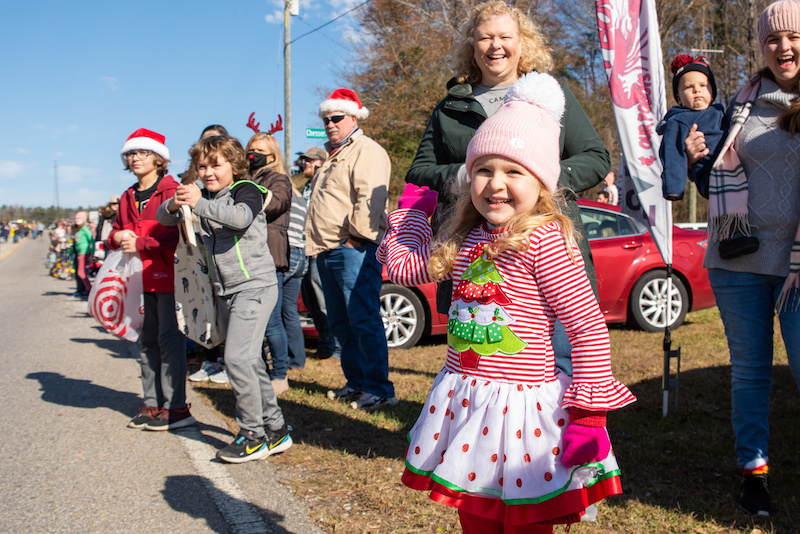 Residents are invited to the Chelsea Christmas Parade and Jingle Mingle event immediately following the parade on Saturday, Dec. 18. (File)

CHELSEA – The Christmas season is in full swing, and the city of Chelsea will hold its annual celebratory events on Saturday, Dec. 18.

The Chelsea Christmas Parade will kick off the day’s festivities at 10 a.m., and the fun will continue at the Jingle Mingle event at the Chelsea Community Center from 12-3 p.m.

The parade route starts at Chelsea Middle School and ends at Winn Dixie.

Registration for parade participants will remain open until Friday, Dec. 10.

Amateur floats are encouraged, and a limited number of professional floats also can be purchased.

Participants are asked not to have anyone dress up as Santa on their floats.

For safety reasons, motorcycles and ATVs may not be entered in the parade.

Parade placement will not be available until arrival at the staging area.

In order to reduce traffic congestion in the line-up area, all groups must meet at an alternate location and come to the parade line-up as a single group.

In the event of inclement weather on parade day, refer to the city’s website and social media pages for updates.

To register by Dec. 10, visit Cityofchelsea.com/218/Christmas-Parade.

Mueller said she wanted to do something special for younger children, and Cindy Picklesimer, Mayor Tony Picklesimer’s wife, volunteered to help Mueller organize the event five years ago.

“It is an outside event,” Mueller said, noting the event was held outside for the first time last year because of the COVID-19 pandemic. “It was such a huge success that we decided to err on the side of caution this year and have it outside again.”

If inclement weather becomes an issue, the event will move into the gym, Mueller said.

Parents may bring a camera to take their children’s photos with Santa.

In addition to Santa, Spiderman and other characters will be present.

Other highlights will include balloon art, two bounce houses, a Christmas DJ, face painting, a book giveaway conducted by the Chelsea Public Library and more.

Mueller said the event had drawn as many as 500 people in previous years.

“We anticipate a big crowd,” she said. “It should just be a fun time.”

Latest round of Pandemic EBT benefits to arrive starting…