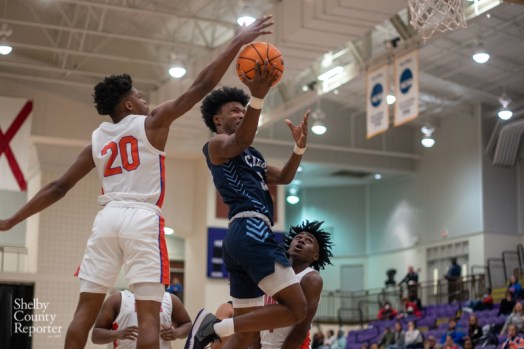 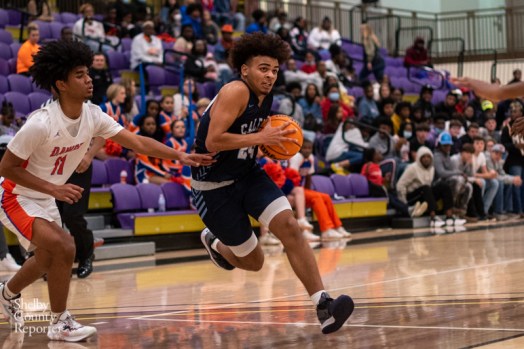 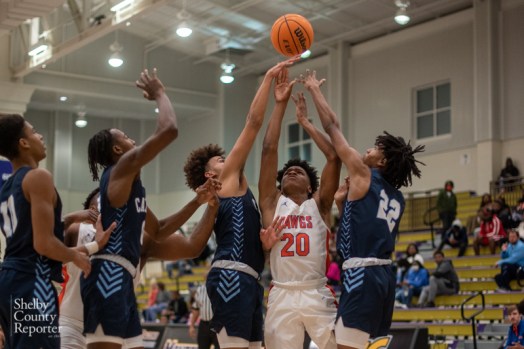 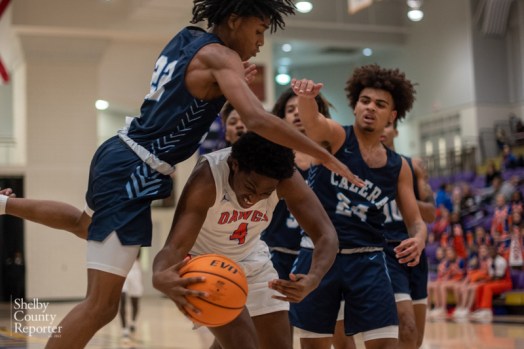 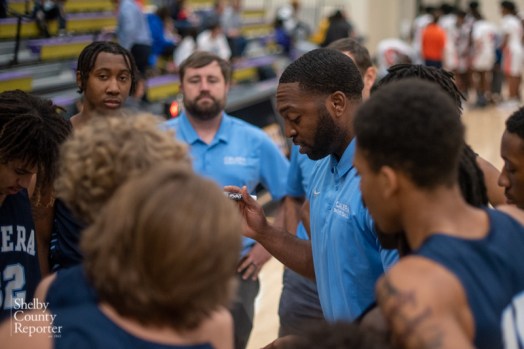 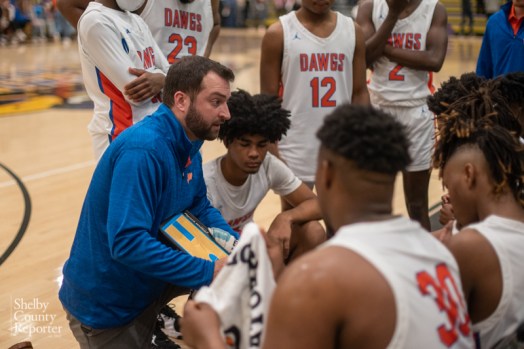 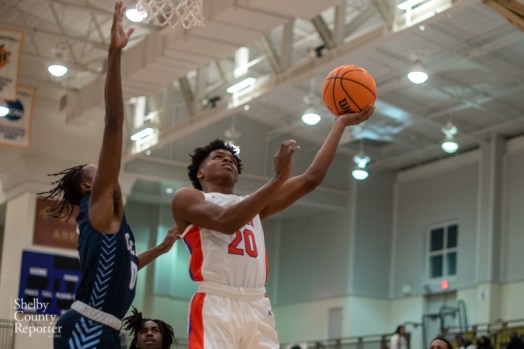 The Montevallo Bulldogs saw their boys and girls teams earn area victories against West Blocton on Dec. 10 with the boys winning an OT thriller and the girls pulling off a dominant effort. (Reporter photo/Keith McCoy) 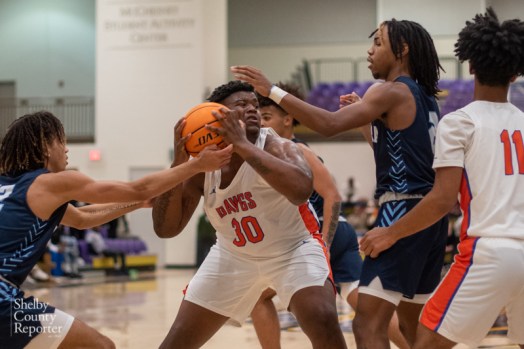 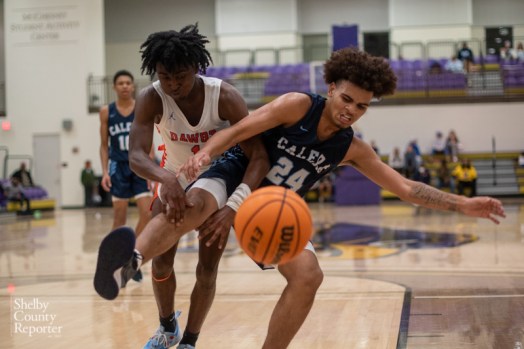 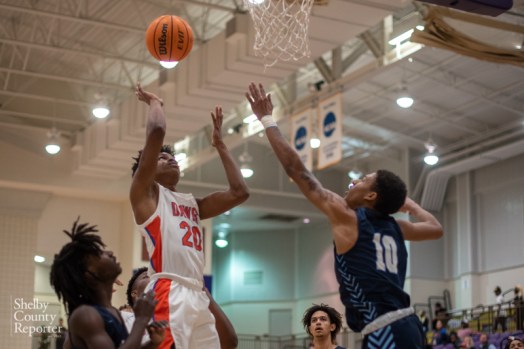 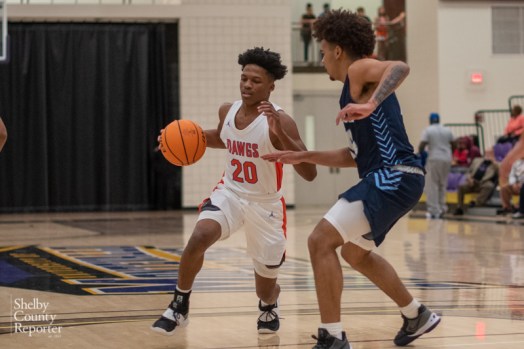 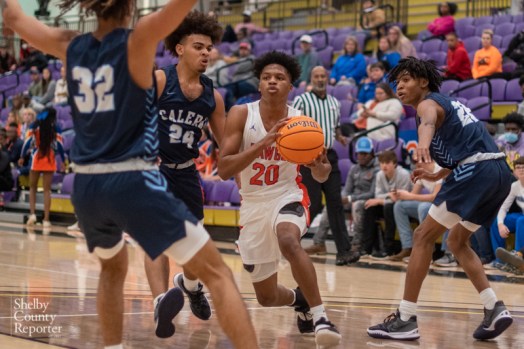 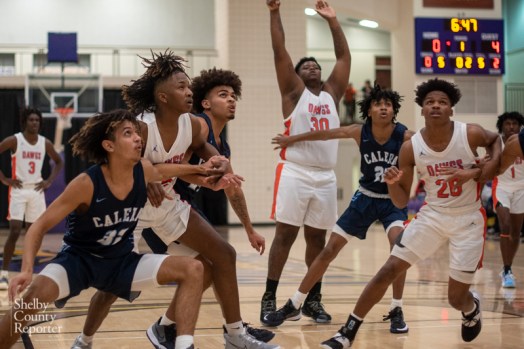 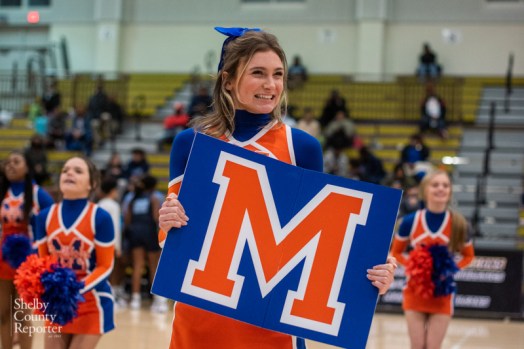 MONTEVALLO – Playing on a collegiate floor at the University of Montevallo on Tuesday, Dec. 7, Xzayvion Childress looked the part for the Calera Eagles in a rivalry battle with the Montevallo Bulldogs.

Childress finished the night with 17 points and had five important points in the final quarter to help make the difference in a tightly-contested 49-46 win against Calera’s rival.

His five points, including a 3-pointer and two free throws, helped the Eagles stave off a Montevallo comeback in the final minutes to pick up the three-point win.

While they had to hold on late in the rivalry battle, the Eagles couldn’t have asked for a better start to the game in the opening quarter.

Five different players scored for Calera in the first period with each scoring at least three points.

Mo Weatherspoon and Childress each had five points, while Izaiha Holmes and Damien Wooley each posted four in addition to three from Brandon Caldwell.

That balanced effort led to 21 points for the Eagles in the opening frame, while their defense held the Bulldogs to 12 points in the quarter behind four from Jaydien Rutledge, three each from Kial Cottingham and Dylan Campbell, and two from Javon Rogers.

In the second quarter, however, Montevallo found a new balance on offense, which allowed the Bulldogs to trim the deficit going into the break.

Campbell totaled seven points in the second quarter, while Rogers and Cottingham each had five to help the team total 17 points.

But Childress did his part to keep Calera in front, scoring seven of the team’s 13 points in the second quarter to help the Eagles take a 34-29 lead into the half.

During the break, both teams made major adjustments defensively, and an exciting offensive battle in the first half became defensive-minded game in the second half.

Both teams scored in single digits in the third quarter with Montevallo totaling six and Calera eight points. The key in the Eagles extending their lead by two points going to the final quarter was a big 3-pointer from Cameron Coxwell.

Then, in the final period, Montevallo gave one last push. With the defense still playing well, the Bulldogs scored 11 points to give themselves a chance, but Childress’ strong finish to the game made the ultimate difference in the three-point victory.

He finished with 15 points in the win, while Wooley added eight. Weatherspoon and Holmes each had seven points for the Eagles.

Montevallo was led by Cottingham with 15 points, while Campbell added 12 and Rogers 11.