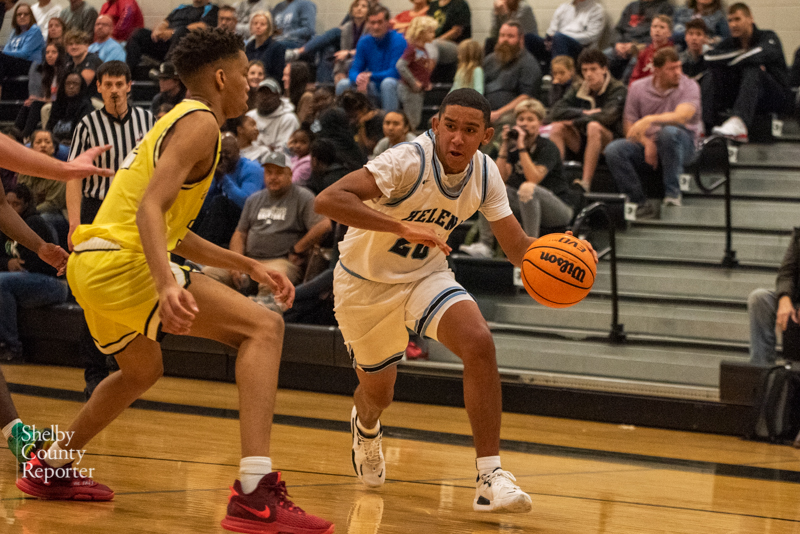 The Helena Huskies used a strong second and third quarter to create some separation in a win against Chelsea on Tuesday, Dec. 7. (File)

CHELSEA – The Helena Huskies brought the firepower on the bus to Chelsea on Tuesday night, Dec. 7, as the Huskies got revenge from a loss a week earlier to the Hornets by grabbing a 75-63 victory this time around.

A defensive start quickly switched to offensive firepower, as the two teams traded 3-pointers three minutes into the contest.

From there, Chelsea opened up a mini-run and controlled the rest of the first quarter. At one point, the Hornets were up by 10 and eventually took a 17-8 lead into the second quarter.

Chelsea may have sensed blood in the water to begin the second quarter, starting the scoring off with a Paul Lanzi three and trying to create more possessions with a press defense.

Helena, however, was still able to hang in the game despite the pressure, limiting the damage before they broke through and started closing in on the lead.

The Huskies cut the lead to just three with two minutes left in the half, forcing a timeout.

After the timeout, Jordan Washington sunk a 3-pointer to tie the game, and then Jacob Satterfield hit back-to-back threes to give Helena the lead. One more three sent the Huskies to the break with a 35-28 lead after catching fire from beyond the arc.

Now with the momentum firmly in their favor, Helena capitalized and extended its lead in the second half, eventually going up by 13 around the midway point of the quarter.

Chelsea briefly cut the lead to six shortly after that, but Helena then ended the quarter strong and went up by 11 to carry a 54-43 lead into the final quarter.

Chelsea shifted back into its press defense in the fourth quarter, but Helena broke it easily for multiple baskets.

Despite the defensive strategy not working well, Chelsea’s offense was still able to keep pace, and Helena’s lead was trimmed to 58-51 just two minutes into the fourth.

After a fairly even middle part of the period, the Huskies pulled away toward the end of the game, dominating both sides of the ball by hitting shots and causing turnovers to close out the 75-63 win.

Ian Johnigan led the Huskies with 24 points. Satterfield finished the game with 20 points, while Jordan Washington had 12.

Lanzi had a game-high 25 points for the Hornets in the loss, and Avery Futch also had 19 points.