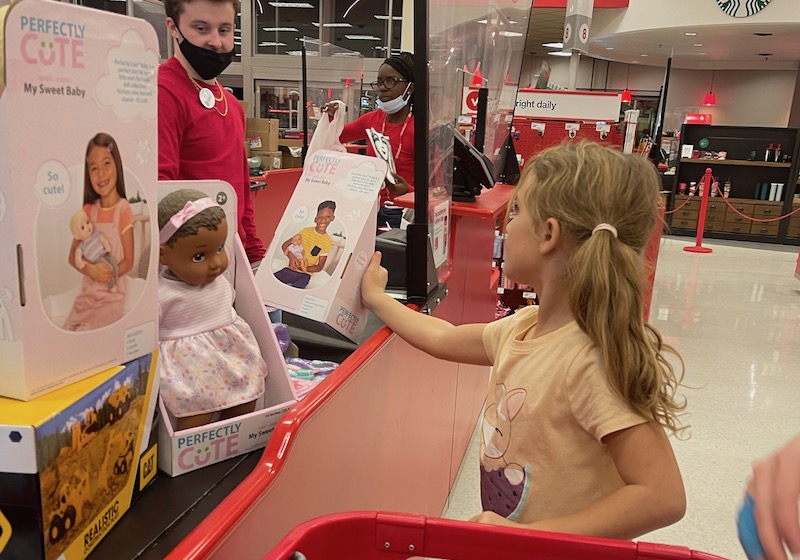 Crissily Posey has been running a toy drive for children in the foster care system to have a happy Christmas. With the help of her mother and members of the community, the 8-year-old has surpassed 250 presents, and her mother said they are still coming. (Contributed)

Foster children of Shelby County will have a much brighter Christmas this year thanks to the efforts of 8-year-old Crissily Posey. With the help of her mother, Crissily has organized a toy drive to donate as many diverse toys to children in the foster care system as possible.

Her mother, BJ Posey, said her child’s passion for this topic came from a very personal place.

“We are in the process of becoming foster parents, so she’s been very involved with all of that,” Posey said.  “We actually had went to The Hanger in Columbiana which is run by the Foster Parents  Association, and she had a lot of questions. She asked, ‘Well, what happens at Christmas if kids are with foster families? Do they get Christmas?’”

Posey said Crissily was moved to want to make a difference after someone posted on Facebook a letter to Santa from a foster child asking for a loving family.

“She got really emotional and said, ‘Every kid deserves to have Christmas,’” Posey said.

Crissily came to her mother and asked if she would help her do a toy drive for children in the foster care system. Posey, of course, was happy to help. They posted about the toy drive on Facebook, and within a few minutes they already had several toy and monetary donations from people who wanted to help.

“She was so excited and surprised,” Posey said. “She was like, ‘Mommy, I just thought I would get like five toys!’”

Crissily has definitely received more than five: her toy drive has surpassed 250 toys, and her mother said they’re still coming. Through it all, Posey said Crissily has worked so hard to help children in the foster system can have a happy, present-filled Christmas.

“She has worked so hard,” she said. “She took all of the money that was donated and went and bought toys herself for the drive and she comes home and helps organize them to make sure there’s enough for all different age groups. She’s just been all about it.”

Posey said even the smallest toy can help brighten a child’s Christmas.

“I can’t imagine some of these children waking up one morning and going to the tree and not having anything,” she said. “And that’s not to say that the foster parents wouldn’t buy them something, but sometimes foster children are placed in a home literally the day of or the night before Christmas, and that can be really difficult to find gifts.”

The toy drive is still going on through Dec. 17, which is when Posey wants to get all of the toys to the Foster Parents Association. Until the very last day, Crissily’s determination to help those less fortunate will not waver.

“I’m very partial, but she is a very thoughtful and caring child,” Posey said. “I’m amazed at the support from the community, but I’m not surprised by her determination. She likes to take care of people. She’s little mama bear.”

To donate to Crissily’s toy drive, feel free to donate through Venmo at @posey-bj or email Posey at Freeze_bj@yahoo.com.