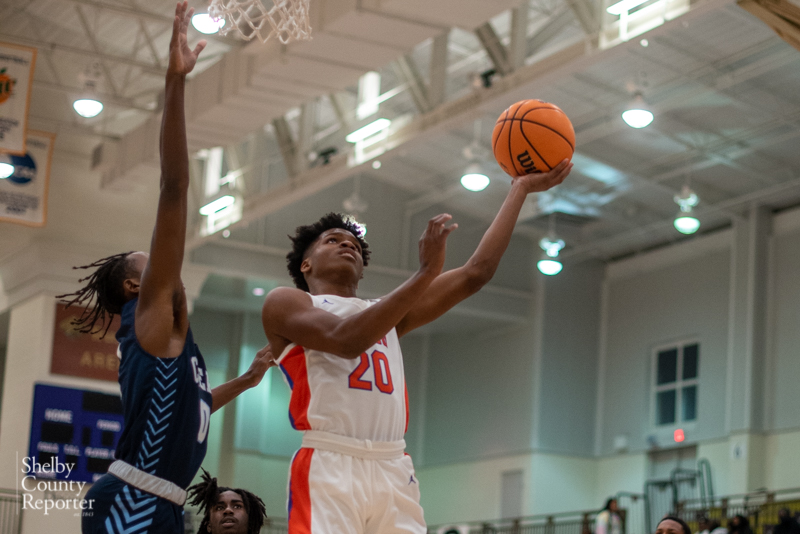 The Montevallo Bulldogs saw their boys and girls teams earn area victories against West Blocton on Dec. 10 with the boys winning an OT thriller and the girls pulling off a dominant effort. (Reporter photo/Keith McCoy)

The girls were able to handle business in dominant fashion, holding West Blocton to seven points in a 46-7 victory. The Bulldogs gave up four points or less in every quarter of the game, while the offense scored 13 or more in the first three to create separation.

It all started with a very fast start in the opening quarter, as Montevallo jumped in front 15-2.

From there, the Bulldogs didn’t look back. They put together a 13-4 second quarter to take a commanding 28-6 lead into the halftime break.

And the defense never wavered the rest of the night. The Bulldogs held West Blocton scoreless in the third quarter and scored 14 points for their best quarter of the night, which led to a 42-6 lead going to the fourth.

With a hot clock, the Bulldogs pulled off a 4-1 final quarter to close out the 39-point victory.

The boys game was a much different story with a game of runs ending in Montevallo’s favor.

The Bulldogs started out struggling on the offensive end of the floor, scoring seven points in the opening quarter.

The defense, however, started strong enough to keep the game tight at the end of the opening quarter by allowing 12 points.

Trailing by five points, Montevallo responded with its best offensive quarter of the game in the second quarter, which turned the game’s momentum around.

The Bulldogs posted 16 points and didn’t score less than 14 in any quarter the rest of the game.

In addition to that, they gave up nine points in the period, which was a strong enough defensive effort to allow them to overtake the lead at 23-21 going into the halftime break.

The Tigers responded with offensive adjustments in the second half, however, which led to them erasing the two-point deficit with a 16-14 quarter that evened the game going to the fourth quarter.

Both teams then matched one another yet again in a fight to the finish, that ultimately lasted into overtime after each team totaled 16 points in the fourth quarter.

In the extra period, however, it was all Bulldogs.

After the two teams traded baskets through the first two made shots of overtime, Montevallo went on a 12-0 run to take command of the game and eventually finish off the 67-57 victory for their fourth win in five games.