Chelsea girls beat Oak Mountain for fourth in a row 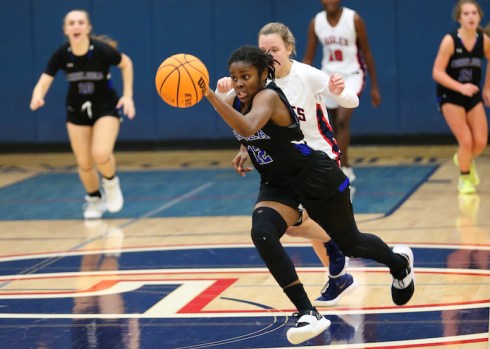 The Chelsea girls basketball team grabbed a big win against rival Oak Mountain on Tuesday, Dec. 14. (For the Reporter/Robert Dean) 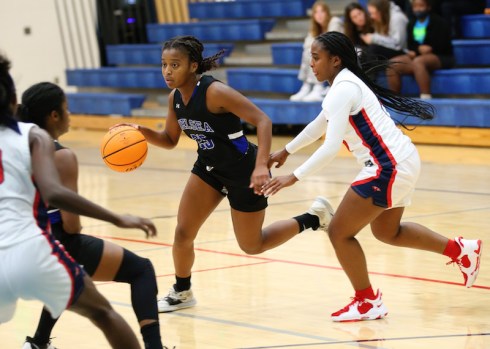 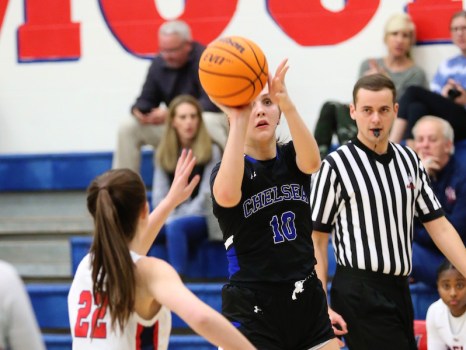 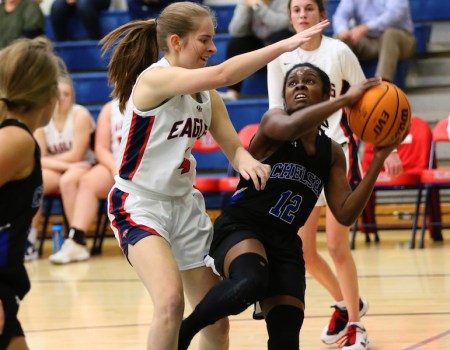 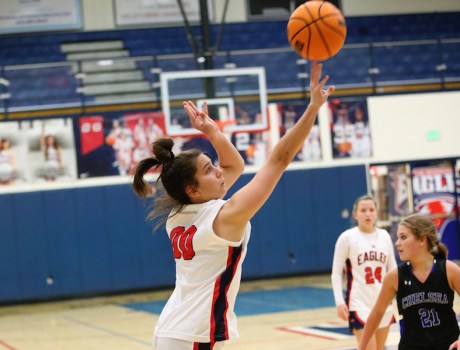 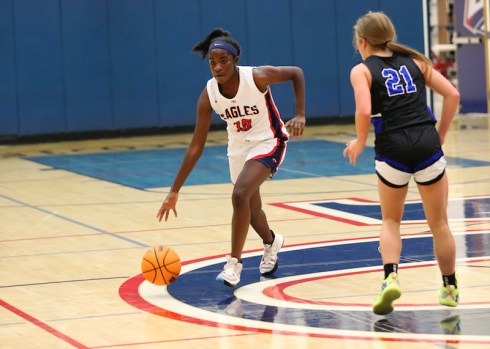 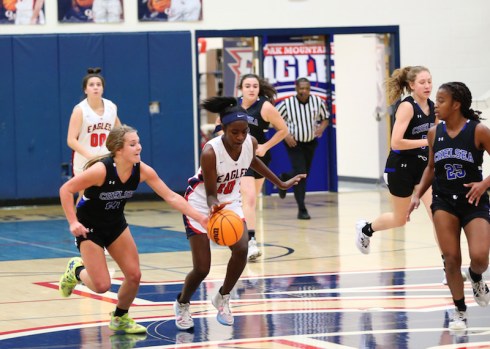 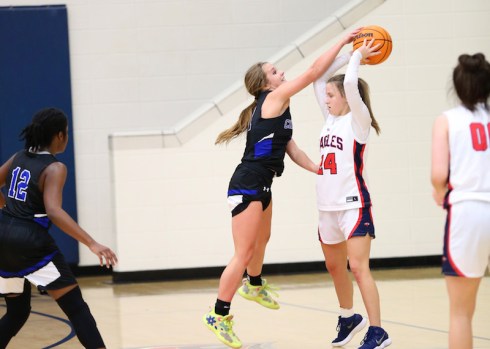 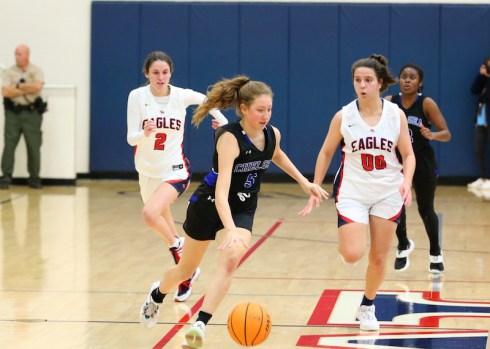 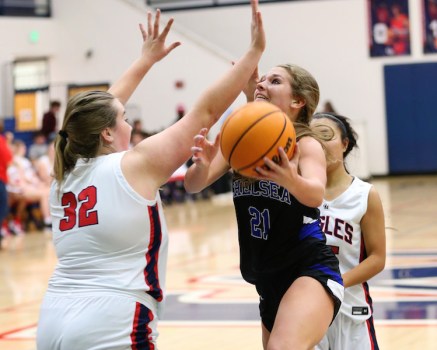 NORTH SHELBY – On a day when the talk around Chelsea was the school’s impending up a classification to Class 7A following reclassification earlier in the day, including the likely future jump for basketball, the Chelsea girls basketball team got a crack at what their future may hold in a battle against Oak Mountain.

Taking on the Class 7A Eagles in a rivalry battle, the Hornets used another dominant defensive game, giving up 10 points or less in all four quarters of the game to pull away for a 39-26 victory.

In what was a quick game between the two teams, seeing very little break in action, Chelsea got off to a strong start in the opening quarter behind 15 points on the offensive end.

Mary Cartee’s two 3-pointers were a big key, while Sydney Schwallie added four points and three others had at least one.

That, however, was just one part of an impressive effort, as Chelsea’s defense gave up just six points in an effort that saw the Hornets hold Oak Mountain to single digits in three of the game’s four quarters.

Leading by nine, Chelsea added 11 more points in the second quarter with six coming from Schwallie following a 2-2 mark at the free throw line and two field goals, while Ashley Washington knocked down a 3-pointer and Lexi Redd hit her second of four jumpers.

Oak Mountain did reach double digits in the quarter thanks to eight points from Abby Gordon, but 10 points were as much as the Hornets gave up.

From there, it turned solely into a defensive battle.

Out of the half, both teams kept the focus on the defensive end, which led to neighed team surpassing seven points in either quarter.

In the third quarter, Oak Mountain was able to outscore Chelsea 7-6, but that was only enough to trim the deficit to nine points going to the final quarter.

With Chelsea’s defense playing so well, that may as well have felt like a 15-point deficit.

The Hornets came out in the final quarter and used that to their advantage, limiting the Eagles to three points on one made field goal, while Chelsea totaled seven points, five of which came from Schwallie.

She finished with 15 points to lead all scorers in the win, while Redd finished with eight points. Cartee added six on her two 3-pointers, while Washington also added six points.

Oak Mountain was led by Raegan Whitaker with nine points, while Gordon was just behind with eight.