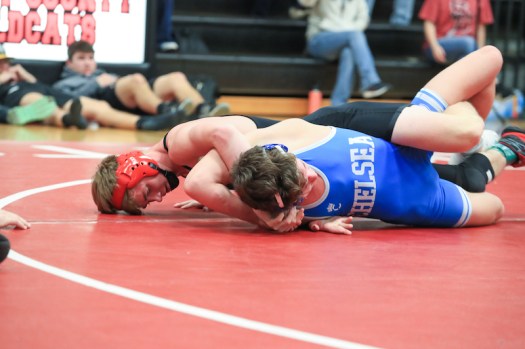 Chelsea and Shelby County battled in a tri-match at Shelby County High School on Dec. 7 with each team picking up a win over Pike Road. (For the Reporter/Dawn Harrison) 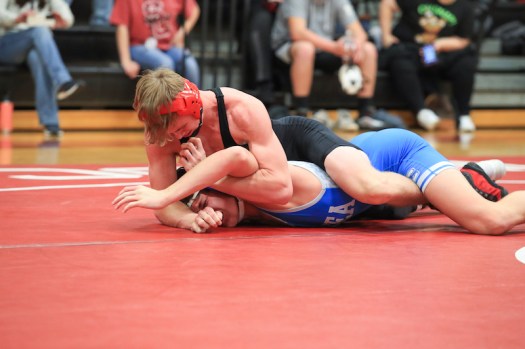 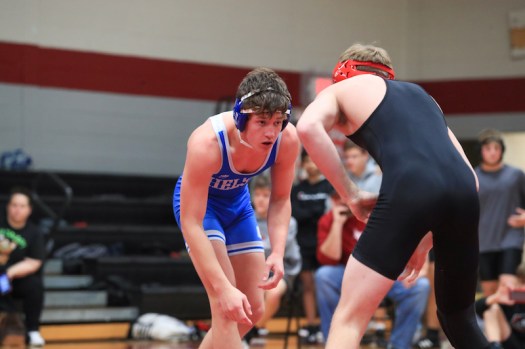 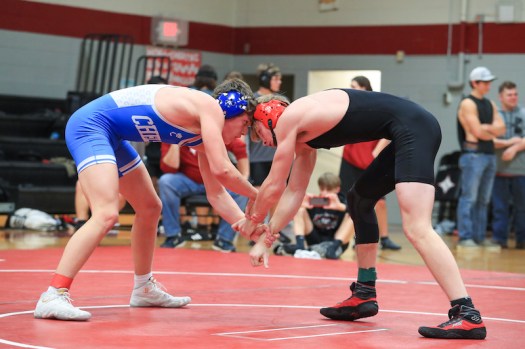 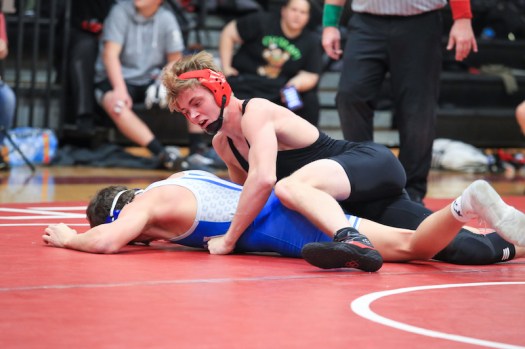 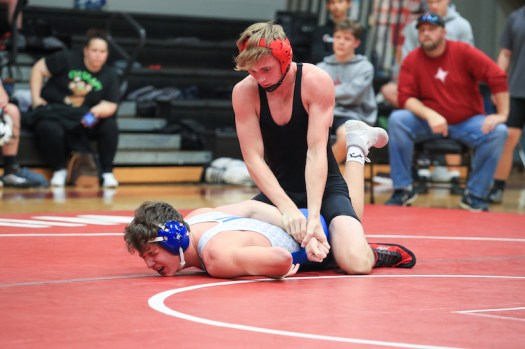 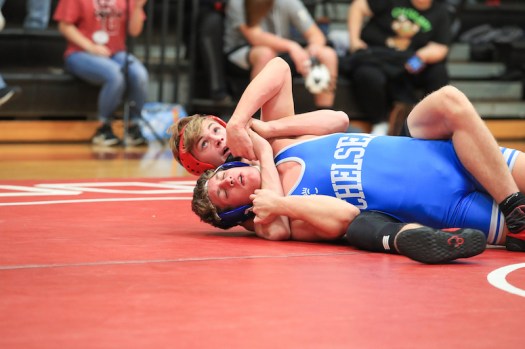 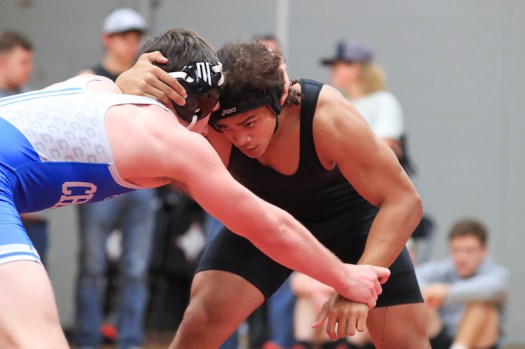 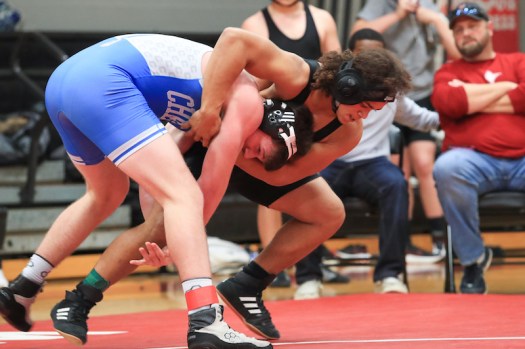 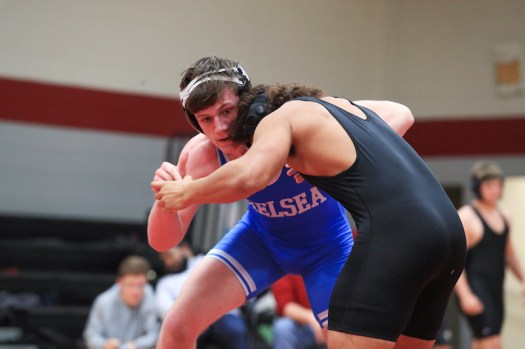 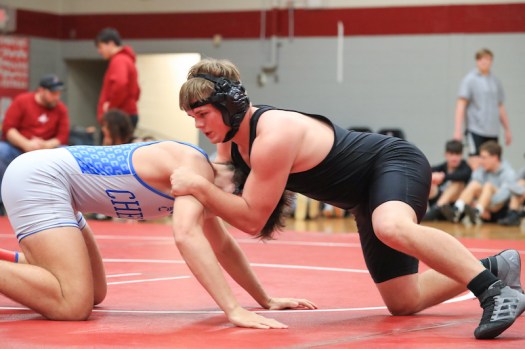 Wrestling is growing in the state of Alabama thanks to the hard work and dedication of coaches like Heath Butler of Chelsea and Maurice Whiting of Shelby County.

Both have poured efforts into high school and middle school programs to cultivate a love for the sport in their communities, and on Tuesday, Dec. 7, Shelby County High School hosted a tri-meet that featured both Chelsea and Pike Road.

Chelsea High School won both of its dual matches during the event, beating Pike Road 43-27 and Shelby County 53-25.

Against Pike Road, the Hornets won eight of the 14 matches with three pins, one major decision and three forfeits.

Taking on the host Wildcats, Chelsea won nine of the 14 weight classes with seven pins, one technical fall and one forfeit.

Chelsea had six wrestlers who emerged from the night undefeated.

In the 106 weight class, Carson Burroughs won with a major decision thanks to a score of 15-2. He then picked up a pin against the Wildcats.

Landon Keith received a forfeit against Pike Road to begin his night in the 126-pound weight class. Then, in his second match, he picked up a first-period pin against Cole Rigney from Shelby County.

In the 145 weight class, Bear Maxwell also received a forfeit in his first match against Pike Road and then pinned his opponent from Shelby County in the second period.

In the 170 weight class, Colton Sills grabbed a first-period pin against Pike road and followed that up with another pin against the Wildcats.

Despite the loss to Chelsea, Shelby County was able to pick up a win Pike Road thanks to a score of 46-36, winning eight of the 14 weight classes.

The Wildcats got three pins, one major decision and four forfeits.

In the 106-pound weight class, Nick Sykes grabbed a pin against both teams to put together an impressive night.

His big brother, Cole Sykes, also had a special night with a pin before going all six minutes against Chelsea’s Collin Burroughs. He, however, won the matchup with a major-decision score of 14-2.

Stogner, wrestling in the 285 weight class, received a forfeit from Pike Road, before posting a quick first-period pin against Chelsea to finish off the night.