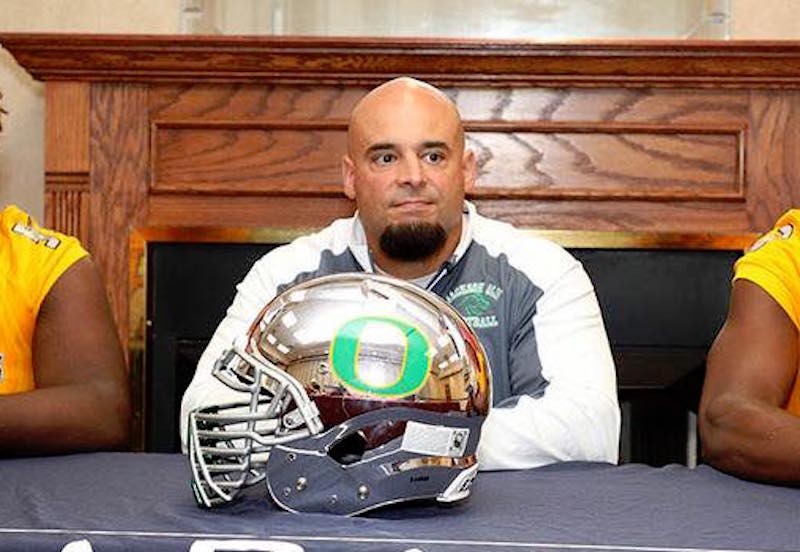 Tim Vakakes, who has been at Jackson-Olin High School for the last nine seasons, was approved as the new head coach for Spain Park at a Hoover City Schools Board of Education meeting on Tuesday night, Dec. 14.

Vakakes comes to Spain Park following a strong stint with the Mustangs in the 6A classification since 2013, leading them to four winning seasons and three playoff appearances.

“I knew it was going to take a lot to get me out of Ensley, but I think I’m going to be surrounded by good people,” Vakakes said. “I think that’s what makes jobs great jobs. Not just good jobs, great jobs, the people around them. I’m excited, humble and ready to get to work. Go Jags.”

As the 12th coach in school history at Jackson-Olin, he became the first coach in the school’s history to finish his tenure with a winning record.

Three coaches out of the 12 coached the Mustangs for one season and didn’t have better than a 3-7 record, while the next closest to his record was Michael Clisby from 1994-2002. Clisby went a combined 48-49 in that span.

“He’s really done a fantastic job with (the Jackson-Olin) program,” Spain Park Athletic Director Patrick Kellogg said. “Let me tell you folks, we have hired a good one. We couldn’t be more excited and we couldn’t be more proud.”

Raney was the longest-tenured and winningest coach in program history, serving as the team’s head coach since 2013 following several stints as an assistant coach, including at both Hoover and Oak Mountain high schools as well as several colleges.

In his time at Spain Park, he led the Jags to a 54-43 record, a state championship appearance and the school’s first-ever wins against rival Hoover (twice in the same year).

Vakakes will take over and look to lead the Jaguars in one of the most difficult regions in the state featuring three-time state champion Thompson, as well as Hoover, Oak Mountain, Hewitt-Trussville, Vestavia Hills and others.

He is also the son of former Montevallo head coach Jim Vakakes, who headed the Bulldogs from 1988-1992.