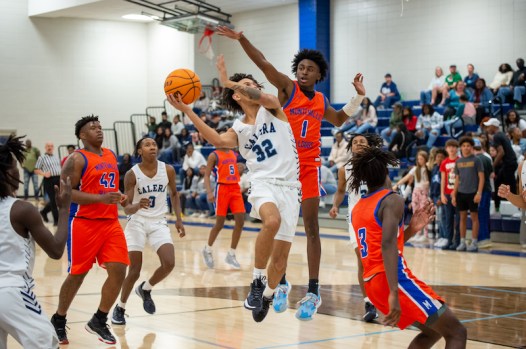 The Calera Eagles used 10 scorers to slowly pull away from Montevallo on Tuesday, Dec. 14. (For the Reporter/Larry Dancy) 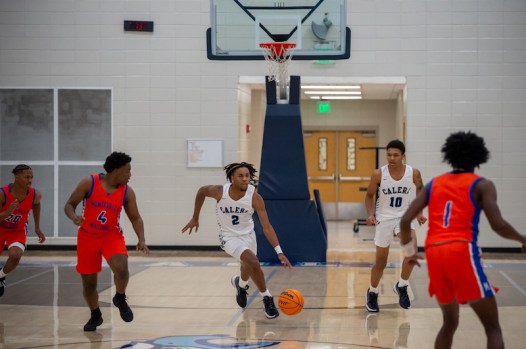 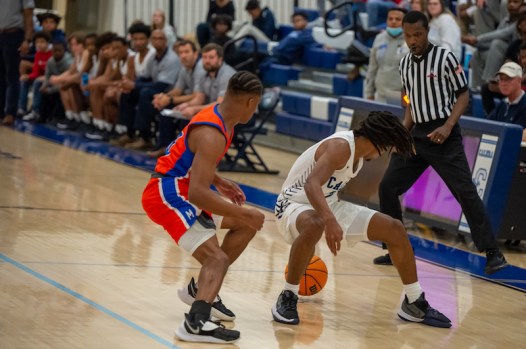 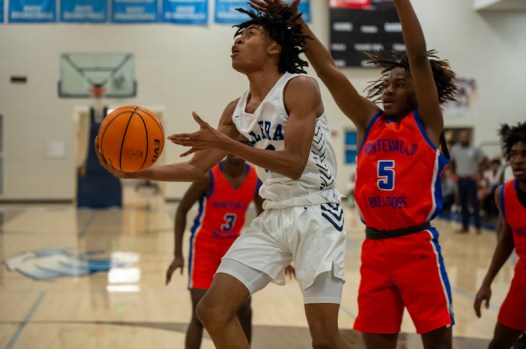 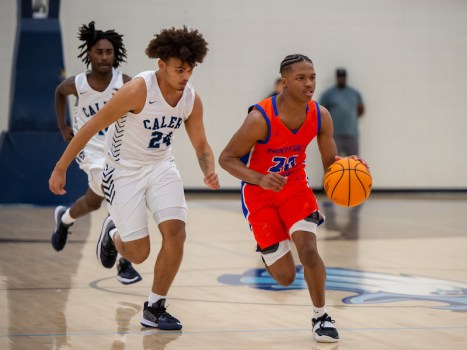 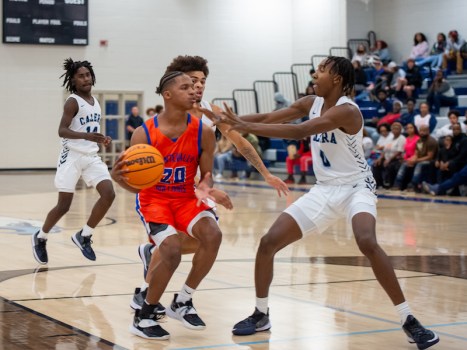 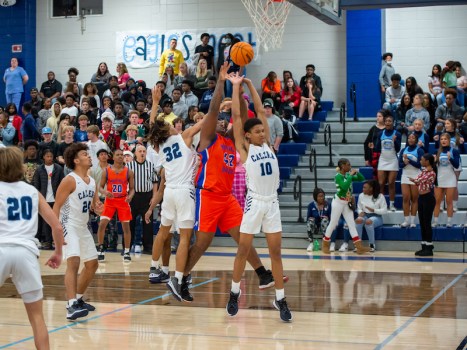 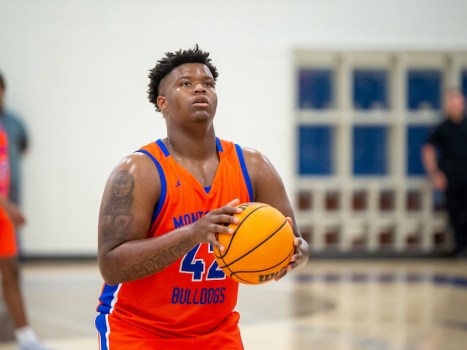 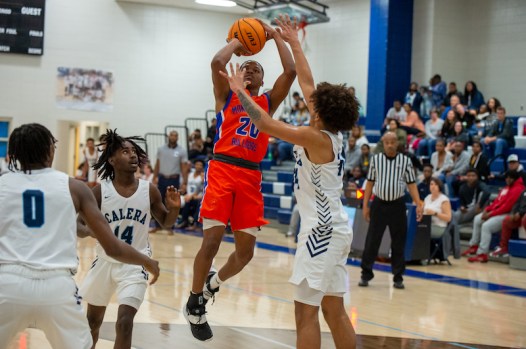 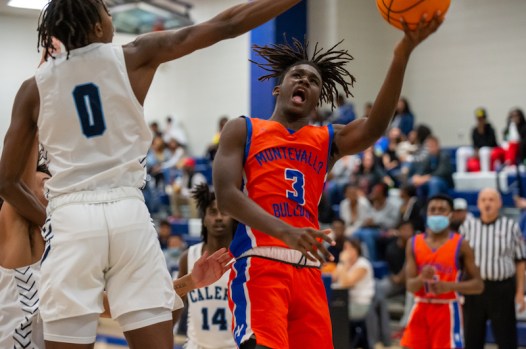 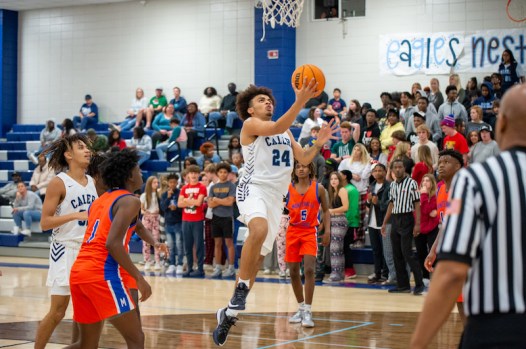 CALERA – The Calera Eagles took advantage of 10 scorers against Montevallo to pick up a rivalry win against the Bulldogs on Tuesday, Dec. 14.

The game was tightly contested early, but Calera created some slight separation in the second quarter and was able to maintain the lead from there en route to a 16-point, 57-41 victory.

In the opening quarter, the two teams battle back-and-forth to a 12-12 tie as each answered the other.

Montevallo got four each from Dylan Campbell and Keiston Ross in the quarter, while Calera got its balanced night off to a fast start with six different players scoring in the period.

That paid off quickly for the Eagles in the second quarter, as they were able to capitalize on six scorers yet again. Led by six from Xzayvion Childress, the Eagles scored 17 points in the period, while the defense limited Montevallo to six points on three scorers.

That helped Calera take a 29-18 lead into the half.

Out of the break, not much changed for the Eagles offensively, as six different players scored for the third quarter in a row to help them put together their best period of the game with 15 points.

Montevallo hit two important 3-pointers and totaled 11 points from four different players, but the deficit grew to 15 points going to the final quarter.

With the offense playing consistently, that was more than enough for the Eagles to close out the victory.

They posted 13 more points in the final quarter, including six more from Childress to cement the 57-41 win.

Childress led Calera with 14 points, while Izaiah Holmes and Joe Wimberly each added nine points. Brandon Caldwell was just behind those three with eight points himself.

Montevallo was led by Campbell with 13 points and Ross with nine points.