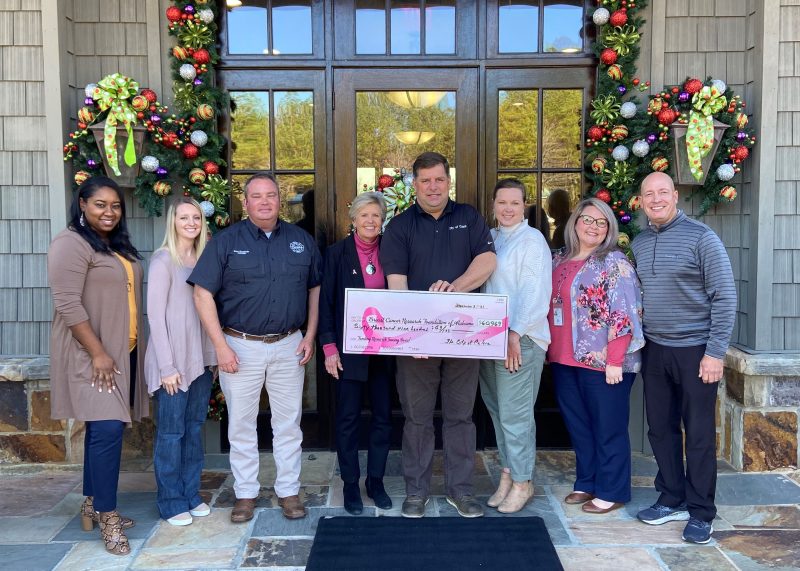 CALERA – The City of Calera and the Breast Cancer Research Foundation of Alabama (BCRFA) partnered again for the 11th Annual Calera Goes Pink celebration raising $61,726 to fuel breast cancer research across the state.

Kicking off the festivities this year was Disc Golf Goes Pink, the inaugural disc golf tournament benefiting the BCRFA, presented by Ideal Insurance Agency, LLC. Over 100 disc golfers from Calera and beyond competed for a great cause at Oliver Park and the new George W. Roy Recreational Park.

“This year, the community of Calera has united behind the BCRFA like never before,” said Kate Kiefer, BCRFA board member and Calera Goes Pink organizer. “With one in eight women being diagnosed with breast cancer during their lifetime, everyone knows someone affected by this disease. I am so proud to be a part of such an important grassroots effort to fund research and ultimately save lives.”