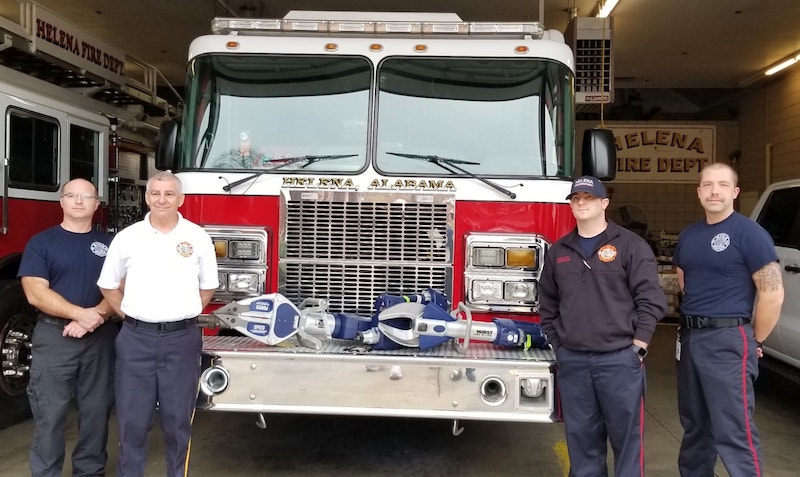 HELENA – Christmas came early for the fire fighters of the Helena Fire Department. The department had a new set of Hurst e-Draulic tools, also known as the “Jaws of Life,” put into service on Friday, Dec. 17.

The Fire Department thanked Mayor Brian Puckett and the Helena City Council for their support and funding for the tools in a Facebook post.

“The new tools are battery operated and produce the same power as the older tools,” Valenti explained. “The old tools needed a gas powered hydraulic pump and hoses connected to the tool, so [there were] several steps to complete before starting a task.”

Valenti added that the new and improved tools will remove a considerable amount of stress and fatigue on firefighters as it is much easier to use.

“The new tools you carry to where you need it and immediately begin a task,” he said. “There are no hoses, hydraulic lines, to get in the way and/or work around. This makes maneuvering the tool, where you need to, much easier. So, with less steps and easier operation, there is less stress and fatigue on a firefighter.”