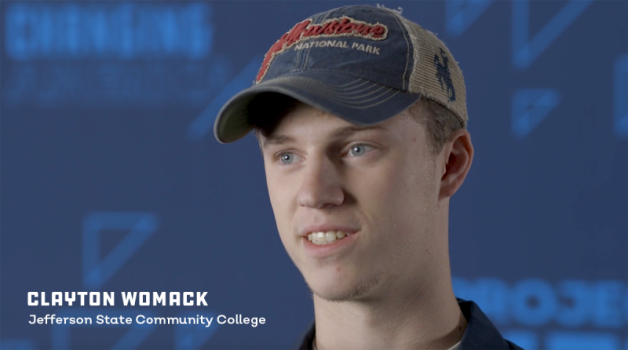 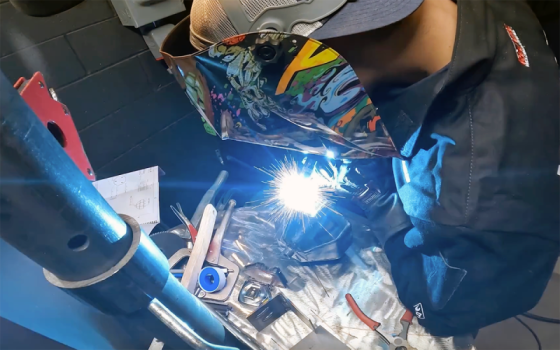 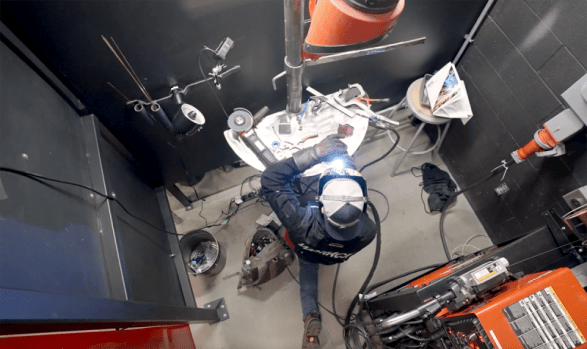 The 26-year-old Schmitt, a Pell City resident, worked his way through qualifying competitions to arrive at the national welding competition in Cleveland, hosted at Lincoln Electric headquarters.

The competition showcased Schmitt’s welding prowess over 13 other students from across the country while under the eyes of expert judges from Lincoln Electric, Osborn and Weld Like A Girl; plus, sponsors from the Department of Defense (DoD) and the production crew filming Clash of Trades episode 2.

The competition results have been under wraps for several weeks as editors skillfully put the footage together to create a 50-minute competition reality show from the 270 minutes of total competition time where students tested their welding capabilities in theory, virtually and in hands-on application using multiple welding processes. Episode two of Clash of Trades can be watched here.

Schmitt graduated from the University of Alabama with a four-year business degree, only to discover he couldn’t find a career he was passionate about. He decided to enroll at Jefferson State to learn welding after his dad bought him a cheap welder for their garage. He has now discovered a career path that is lucrative and fulfilling and is completing his welding school training while working part-time as a welder.

Schmitt wants to own his own welding shop someday and hopes to work on race cars and roll bars.

“With the money I won I will be able to do so much. As far as starting my own business, I will be buying nothing but big tools with it.” Schmitt said.

These ‘big tools’ will be bought with the $2,000 cash award for his national win supplemented by welding equipment valued at $1,000.

“This is so exciting! It has been hard to keep this a secret from my friends and family,” Schmitt said. “But I am thankful to my teacher, Danny Taylor, who gave me the skills and confidence to be my best.”

“We are so proud of all three of our students who earned the honor of competing nationally, and we are thankful for Project MFG for their work to highlight the need for skill trades.” said Jefferson State Community College President Keith Brown. “To win both first and second place in a national competition shows our welding program is hitting the mark and preparing students for rewarding careers.”

The DoD’s Industrial Base Analysis and Sustainment (IBAS) Program provides funding for Project MFG under its National Imperative for Industrial Skills initiative. The creation of Clash of Trades intends to change the perception of the skilled trades by highlighting trade skill competitions, sharing student stories from young people entering the field, and the future-focused work of the U.S. manufacturing industry.

“Project MFG is a game-changer in how young people look at industry and the critical trades. The enthusiasm and drive for excellence they displayed are traits that will form the backbone of our future defense workforce,” said Andy Davis, IBAS program chief technology officer and competition observer.

Project MFG began, in part, because studies show the manufacturing industry is experiencing exponential change and new technologies are not eliminating jobs as some predicted. Actually, studies show more jobs are being created (2018 skills gap in manufacturing study by Deloitte and The Manufacturing Institute). The skills gap may leave more than 2 million positions unfilled if more young people don’t enter the skilled trades. The DoD declared this deficit as one of the most vital challenges for the U.S. defense industrial base (U.S. DoD Nov 2020 release).