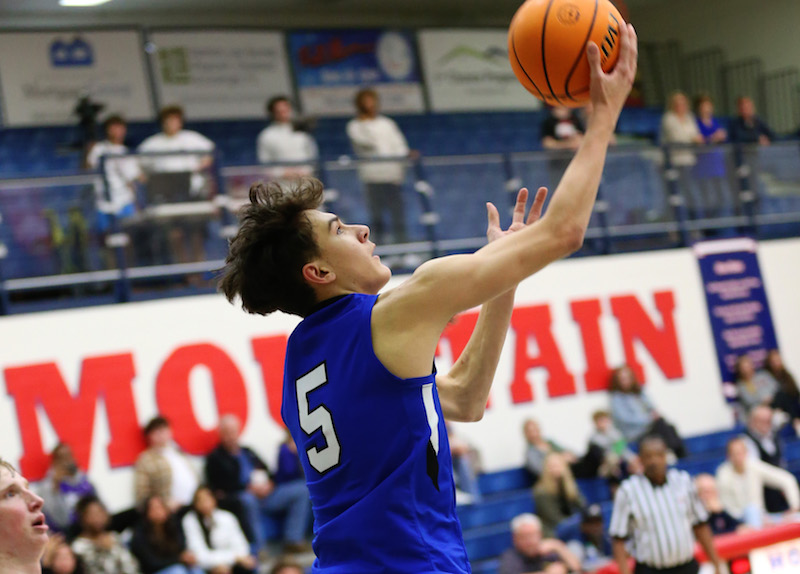 HANCEVILLE – Paul Lanzi and Avery Futch have shown they can score points this season, and the two Chelsea standouts did just that on Monday, Dec. 20 in a matchup against Pleasant Grove.

Playing at Wallace State Community College in Hanceville, the two combined for 47 of Chelsea’s 71 points to help lead the Hornets to a 71-56 victory against the Spartans.

In the opening quarter of the game, it was Futch and Chelsea’s defense that made the ultimate difference in a fast start.

The Hornets held Pleasant Grove to six points in the period, while Futch poured in eight points. In addition to that, Lanzi had a four-point play and Cooper Griffin chipped in a field goal to help the Hornets take a 14-6 lead at the end of the first quarter.

The Spartans found a way to put their slow start to bed in the second quarter, scoring 18 points behind five different scorers, but the effort came at the same time Chelsea put together its best quarter.

The Hornets couldn’t miss from the field or the free throw line, totaling 24 points in the period.

Futch made three field goals, Carson Camper added two field goals and Lanzi had five points. Beyond those three, MJ Conrad had five points in the quarter and Dylan Brown had four, as those two combined to go 5-5 from the free throw line.

That balanced effort from the five players helped the Hornets extend their lead to 38-24 at the half.

Out of the break, the scoring slowed down slightly for each team, but Lanzi was just starting his night after totaling nine points in the first half.

In the third quarter, he had eight on a 3-pointer, a three-point play and a field goal. Carter Abrams added four and Futch two, as the Hornets totaled 14 more points, while the defense held the Spartans to 10 points, giving Chelsea a 52-34 advantage.

Pleasant Grove came out in the final quarter and put together its best frame of the game, thanks in large part to 11 made free throws, which helped the Spartans total 22 points.

But the Hornets were strong enough from the field and the line to close out the game.

Lanzi posted 10 points in the fourth quarter, including a 6-9 mark from the free throw line, while Futch added two more points and Alex Redd all three of his points to help close out a 71-56 win.

Lanzi led the way with 27 for Chelsea, while Futch finished just behind with 20. Chelsea had eight different players score in the win.