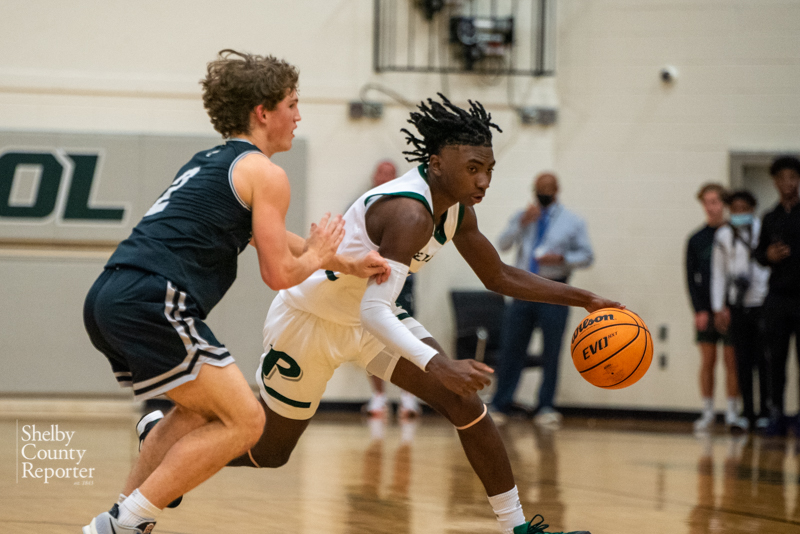 The Pelham boys basketball team picked up its fourth win in a row against Lincoln on Dec. 21, while the girls bounced back from their first loss of the season with a win as well. (File)

LINCOLN – With Christmas a few days away, the Pelham boys and girls basketball teams got to go into the holiday with a little extra cheer thanks to road wins against Lincoln on Tuesday, Dec. 21.

For the girls, it was a big bounce-back victory following their first loss of the season, while the boys notched a fourth consecutive victory to improve to 10-2 on the season.

After their first loss of the season to Chelsea in a top-10 battle a few days earlier, the girls were hoping to get back on the winning track following their 10-0 start to the season.

With the offense having its worst outing of the season against the difficult Hornets’ defense, totaling 25 points in a 41-25 win, the Panthers placed an emphasis on using their defense to help set the tone for the rest of the game.

With that, the offense was able to do more than enough, bouncing back from a 25-point performance to score 77 in a dominant 77-17 victory.

Myriah Tate also had an important night for the Panthers, finishing with eight points and 14 rebounds.

In the boys game, it was similar offensive success that helped Pelham pick up a win as four different players finished in double figures to set the pace.

Michael Jones led the way with 23 points for the Panthers, while Kamari Hollis, Jamal Miles and Jordan Holloway all finished with 10 or more as well.

That balanced attack was helpful in the opening two quarters, as the Panthers needed every bit of the 39 points they got in the first half.

In the first quarter, Jones knocked down two 3-pointers and totaled eight points, while Holloway added four, Roy Gonzalez had three, Hollis had four and Chase Blackburn had two to help Pelham total 21 points out of the gate.

That led to a quick lead for the Panthers, as they held Lincoln to 16 points.

That, however, was part of a very consistent night for the Golden Bears, who scored 15 or 16 points in every quarter of the game, which kept them within striking distance for much of the game.

Pelham, however, was slightly better on the offensive end of the floor in all but the final quarter.

In the second quarter, Miles knocked down four field goals for eight points, while Jones hit another 3-pointer for five more points. Hollis also added two field goals, while Holloway finished off his first half with two more free throws to go 4-4 from the line in the opening two quarters.

Those four players helped Pelham total 18 more points, which helped the Panthers extend the lead to 39-31 going into the half.

Out of the break, the Panthers got their most balanced quarter of the game with seven different players scoring points in the third period, which helped them total their most points of any frame in the game with 23.

That seemed to be the backbreaker for Lincoln, who posted 16 more points, but fell behind by 15 going to the final quarter.

Pelham’s offense had its slowest frame of the game in the final quarter, using the clock to their advantage.

That allowed Lincoln to outscore the Panthers, but only by one point, as Pelham finished off the 76-62 victory.

Hollis finished with 14 points as the team’s second-leading scorer, while Miles and Holloway both went for 10 in an efficient night for Pelham.