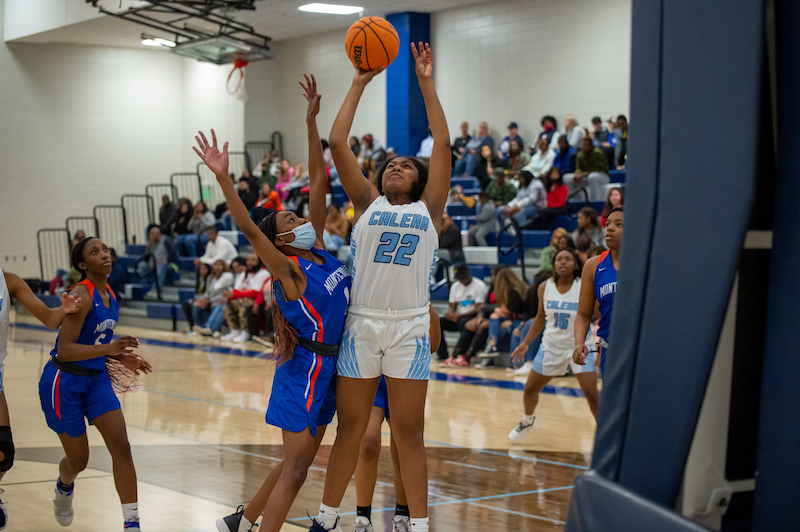 ALABASTER – Following a 1-6 start to the 2021-2022 season, the Calera Eagles will hit the 2022 portion on a winning streak thanks to an impressive stretch in recent weeks.

Ahead of Christmas, the Eagles won three of four between Dec. 14 and Dec. 20, but their most impressive stretch followed during the final week of 2021.

Taking part in the Thompson Christmas tournament, Calera won all three of its games for five wins in a row and six wins in its last seven games.

The Eagles opened the game with their second most dominant performance of the season in a 61-44 victory against Isabella on Dec. 28.

It was a dominant start to the three-day event for Calera, which propelled the team into an exciting second game a day later.

Taking on Pinson Valley, the Eagles found themselves in a tight battle, eventually going to overtime, but they never wavered en route to a confidence-boosting 51-43 victory.

That led into another double-digit on the final day of the tournament, as the Eagles were able to pull away from Woodlawn to complete a perfect 3-0 event with a 39-26 victory.

The current five-game win streak for Calera is the longest since the 2017-18 season, which also marks the last winning season for the Eagles.