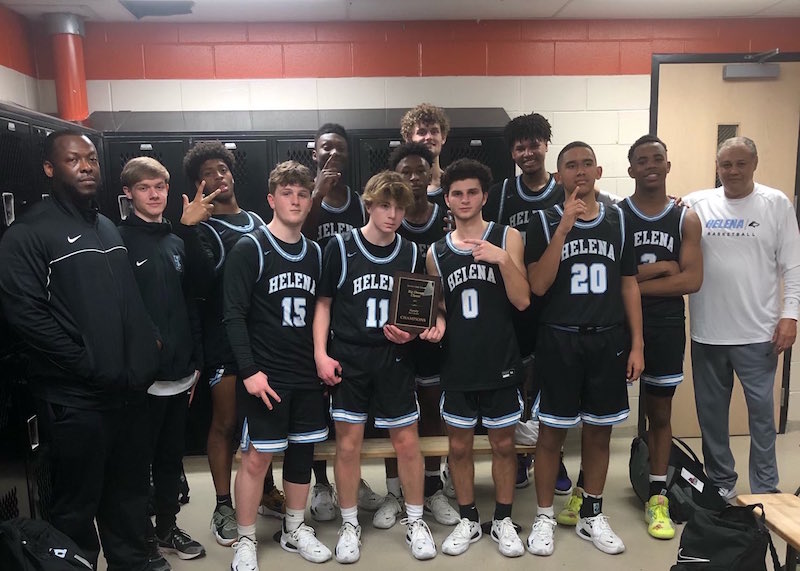 Josh Williams, above, finished in double figures during every game of Helena’s championship run at the Big Orange Classic. (File)

HOOVER – The Helena Huskies continued an impressive stretch of play during the final week of 2021, claiming their first tournament championship of the basketball season.

Playing in the Big Orange Classic Black bracket, the Huskies swept through three games en route to taking home the coveted title and improve to 8-2 in their last 10 games.

Helena was consistent with its wins throughout the week, starting with a matchup against Woodlawn on Monday, Dec. 27.

Thanks to three scorers in double figures, the Huskies were eventually able to pull away for a 66-52 victory against the Colonels, thanks in large part to 18 points from Ian Johnigan.

Beyond Johnigan’s strong game, Josh Williams continued a dominant stretch of play for the two sophomores by joining Johnigan in double figures with 11 points. Jacob Satterfield, who has also been hot from the field as of late, put together a 10-point game to help the Huskies pull away for the opening-round win.

The next two games were much more tightly contested, starting with a semifinal matchup against American Christian Academy.

The Huskies, however, prevailed in the first of two tight games in a row. Williams had his second of three consecutive double-figure games with 14 points to help lead Helena to a 60-55 victory, while Owen Davis added eight points in the win.

That led to the championship game against Shades Valley, which saw the Huskies in another battle to the end.

But with the momentum of their best stretch of the season, they continued finding ways to make big plays down the stretch to squeak out a 62-59 victory.

Williams once again put together a double-digit showing with 18 points for Helena in the win.

Helena will now enter area play starting the week of Jan. 10 with as much confidence as any team in the county.