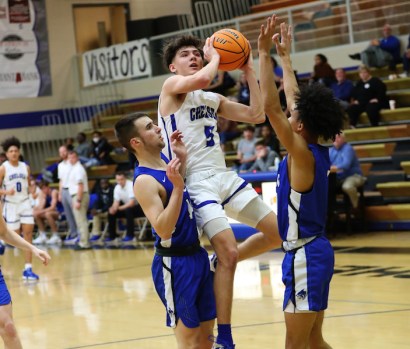 The Chelsea Hornets got 11 points in the fourth quarter from Paul Lanzi to help close out a 15-point win against Tuscaloosa County on Jan. 4. (For the Reporter/Robert Dean) 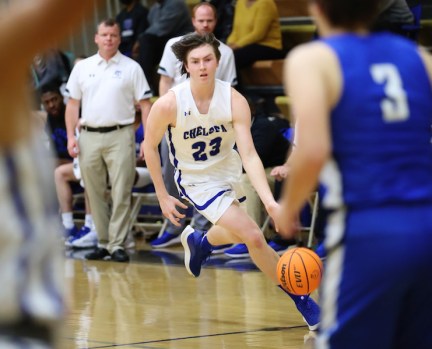 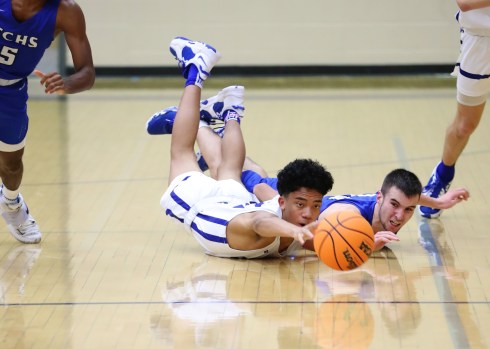 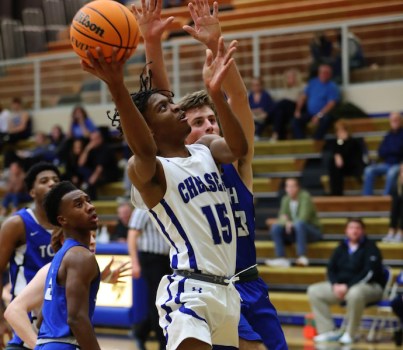 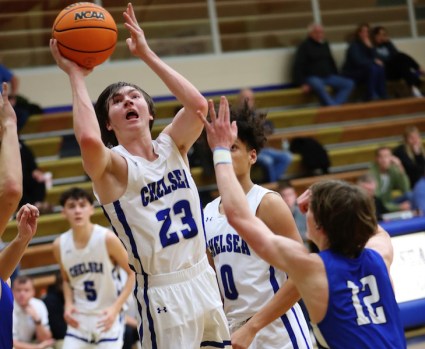 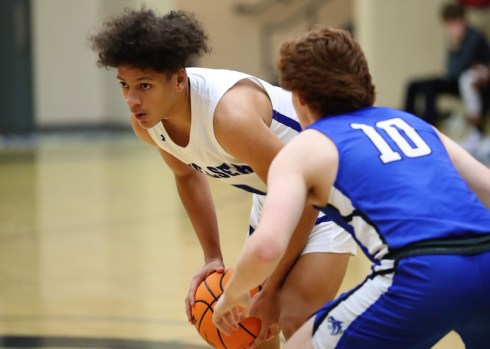 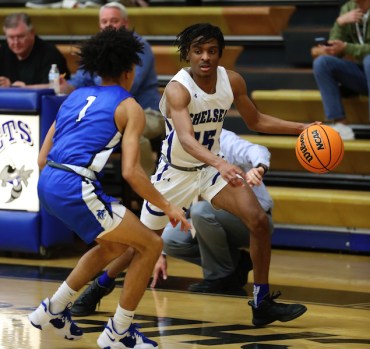 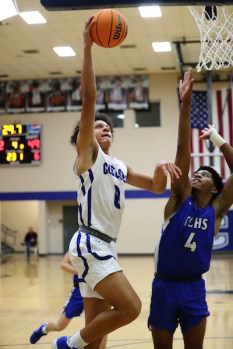 CHELSEA – Trailing 31-30 at the half following a strong second quarter from Tuscaloosa County, the Chelsea Hornets responded in a big way in the second half on Tuesday, Jan. 4 in a big moment for their head coach.

Avery Futch came out and scored seven straight to start the third quarter for the Hornets, which quickly shifted momentum in their favor, leading to a 13-3 run in the first six minutes of the half.

That was part of back-to-back 17-point quarters in the second half, as Chelsea outscored the Wildcats 34-18 in the final 16 minutes to grab a 64-49 victory and the 100th win for head coach Nick Baumbaugh as the Hornets’ leader.

A big reason for the boost late was not only Futch, who scored 11 of his 14 in the second half, but also Paul Lanzi. The guard totaled 11 fourth-quarter points to cap off a 24-point game in the victory.

Lanzi caught fire from three in the final quarter, nailing three of them in the period on quick pull-up shots, while he totaled five from beyond the arc in the win.

He was also key in a fast start for the Hornets, as were several others.

Lanzi hit two 3-pointers and totaled eight in the opening quarter of the game, while Futch also hit a 3-pointer in addition to at least one field goal from Alex Redd, Carson Camper and Aiden Owens.

That helped the Hornets total 19 points in the opening quarter.

Tuscaloosa County made three important shots from beyond the arc to score 13, giving Chelsea a six-point lead at the end of the period.

Lanzi then started the second quarter with an and-1, which was followed by a strong take from Dylan Brown to give Chelsea its largest lead of the first half at 11 points.

The Wildcats, however, started to up their defensive pressure shortly after, which led to a frantic stretch of play for the Hornets.

Tuscaloosa County capitalized with its speed and three 3-pointers to put together a 12-0 run to take the lead at 28-26. Chelsea snapped the run with four straight, but the Wildcats were able to capitalize on the momentum swing to take a 31-30 lead into the half.

Out of the break, however, the Hornets completely flipped the momentum in their favor thanks to a much more sound start to the half from Futch. He totaled the first seven points of the third quarter with a 3-pointer, post move and fast break.

Redd then added four after that followed by two free throws from Lanzi for a 13-3 run to start the quarter.

That put Chelsea up 43-34 before a big 3-pointer with 1:20 left in the period helped put an end to the rough stretch for the Wildcats.

The two teams then traded shots to end the quarter, giving the Hornets a 47-40 lead going to the fourth quarter.

In the final period, Chelsea again started fast with a 13-5 run to create separation, including the three made shots from beyond the arc for Lanzi.

Tuscaloosa County never could overcome his hot hand, as the Hornets outscored the Wildcats 17-9 in the final period.

In addition to Lanzi and Futch, the Hornets got 10 from Alex Redd, six from Camper and four each from Owens and Brown.