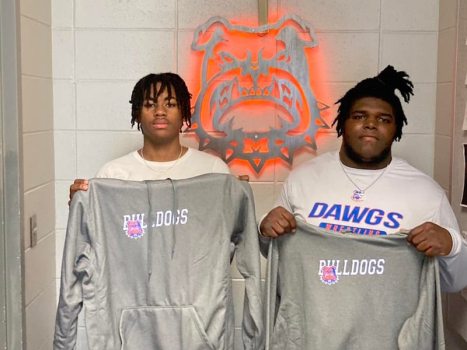 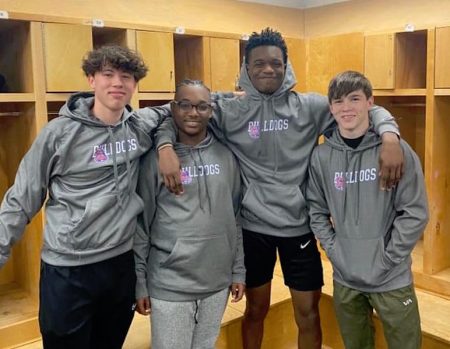 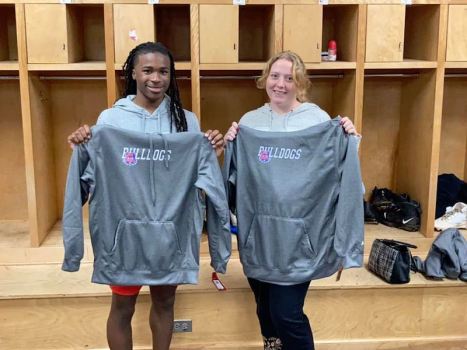 MONTEVALLO – He may now have a net worth of more than $2 million, but former Montevallo High School football player Korey Cunningham hasn’t forgotten his hometown.

The current NFL player with the New York Giants went out of his way in a short period of time to help make sure the student-athletes in the place he got his start had a special Christmas.

Working alongside current head football coach Blake Boren and BSN Salesman Rick Davis, he quickly paid for and made sure 175 Montevallo hoodies were to the athletes by Christmas Eve.

“I just want to wish y’all a Merry Christmas, and I hope you guys enjoy the sweatshirts,” Cunningham said when the players were surprised with the apparel on Dec. 24. “I just wanted to send something to let you guys know that I’m proud of the work y’all are doing on and off the field, on and off the court, and mainly in the classroom. I want you guys to keep it up. Keep chasing greatness.”

Cunningham reached out to Boren on Facebook a week before Christmas Eve on Friday, Dec. 17 with the idea, and it took off from there.

“It all started with Korey,” Boren said. “It was just neat how it all came together. He truly just wanted to give back to his community.”

After the two talked, they got together with Davis, who helped them rush the project to turn around the hoodies in less than 72 hours before shipping them to Boren’s home so he could take them up to the school on Christmas Eve.

“A lot of people worked behind the scenes to get it done within three or four days to be able to hand them out before Christmas,” Boren said. “With the holidays and all the shipping woes, that was impressive. I thought we may have to wait until January.”

But on Christmas Eve, several of the athletes were able to come up to the school and grab their hoodie, which is gray and has the text “BULLDOGS” across the middle with the mascot attached to the lettering.

As the athletes entered the building on the day before Christmas, they couldn’t help but be overcome with joy.

“We see them every day, after a big win after a loss. To see the joy on their face to get that for Christmas, it was real joy and excitement,” Boren said. “It was one of the neatest things I’ve been a part of in my 10-11 years as a coach. A number of our kids, you don’t know what they get when they get home. We’re very grateful that he wanted to help our kids.”

Those students who were out of town for the holiday quickly took notice of the surprise as well, reaching out within an hour asking coaches to make sure they had one saved for them.

With 175 total hoodies, Boren said he believes they should have enough for each athlete in the school.

“He has been in this community and knows what they go through on a daily basis,” Boren said. “Our students, they look up to him. He is a role model, and he knows it. He is invested in his hometown. This was a way for him to give back to keep them going. He knows the shoes they are in and does a phenomenal job giving back to them and showing what is possible in a place like Montevallo.”

The surprise wasn’t a cheap one, but it was a priceless money for Cunningham and the student-athletes at Montevallo, as Boren said the community knows he cares, and he knows they care about him.