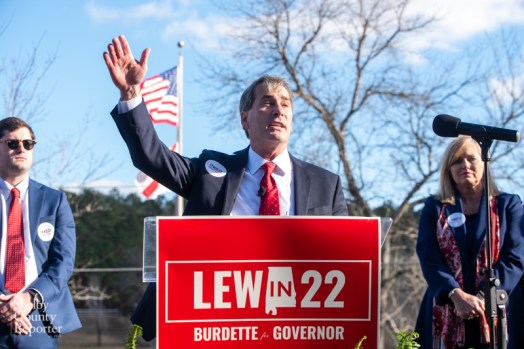 Lew Burdette, president of King’s Home in Chelsea, announces his plans to enter the Alabama governor race at a campaign launch event on the afternoon of Tuesday, Jan. 4. (Reporter Photos/Keith McCoy) 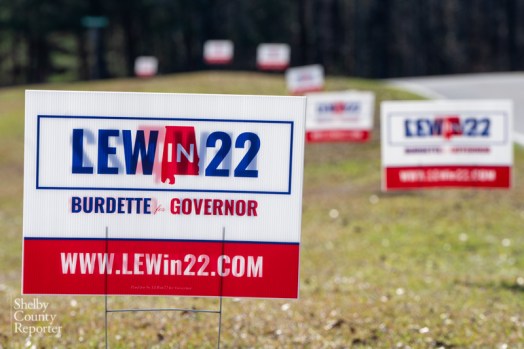 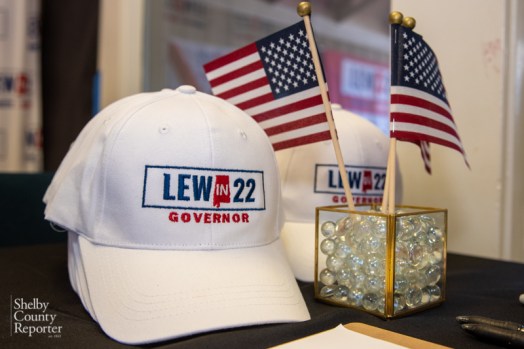 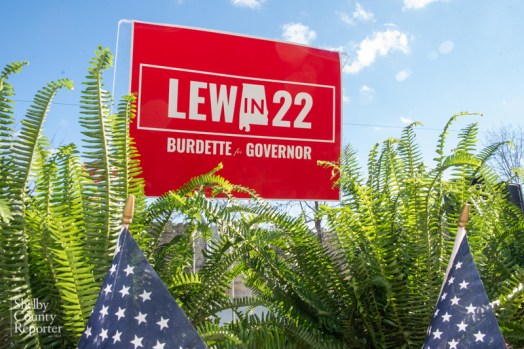 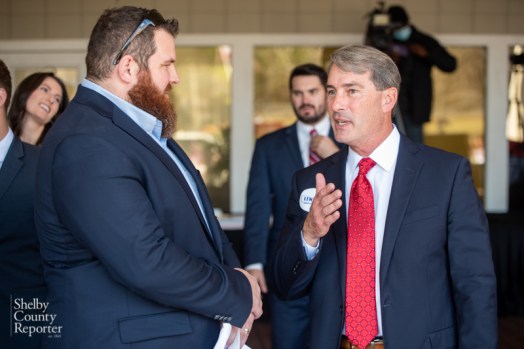 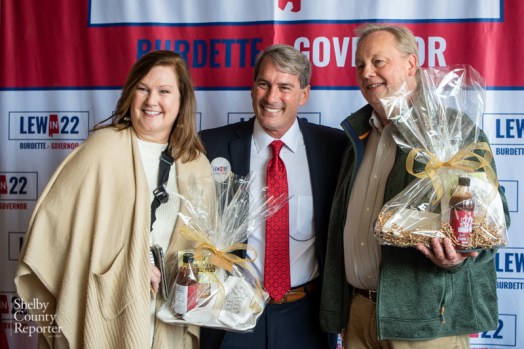 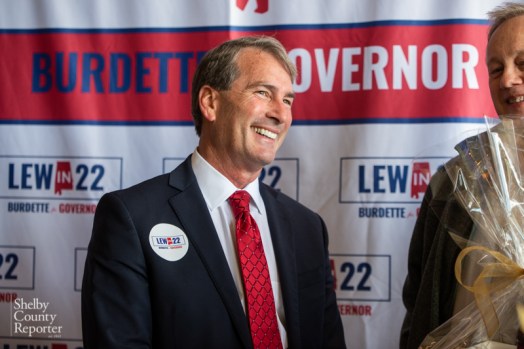 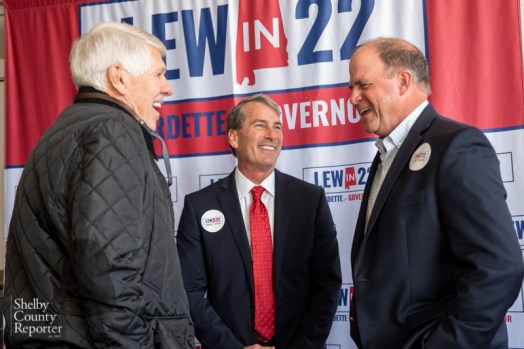 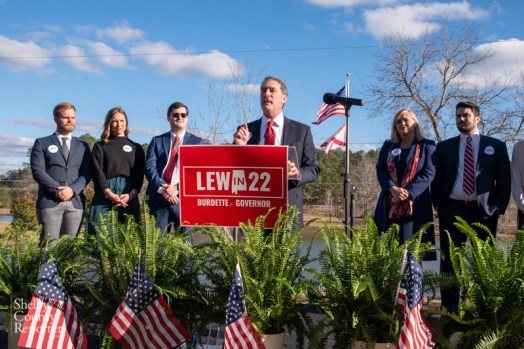 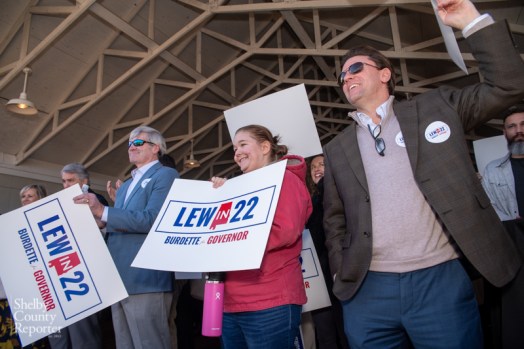 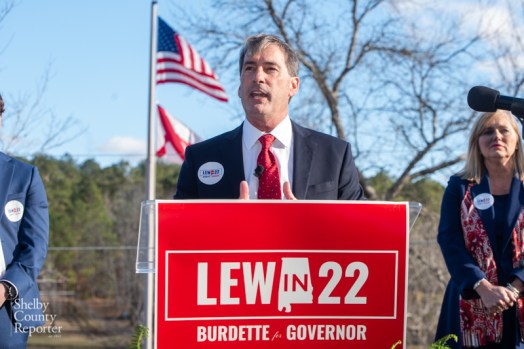 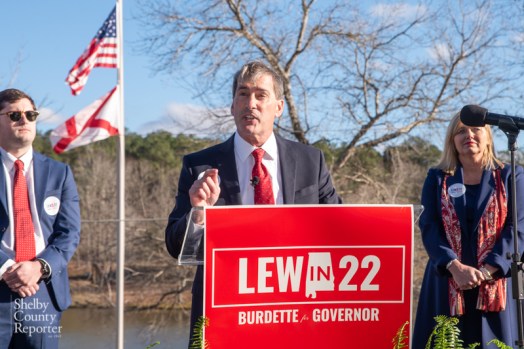 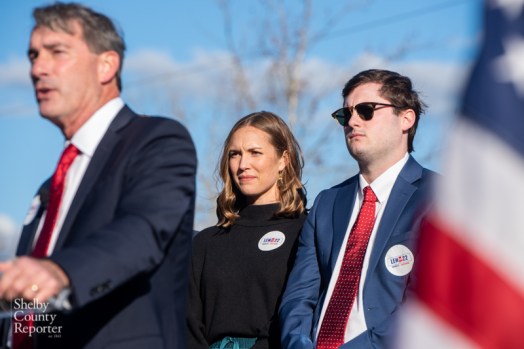 CHELSEA – King’s Home President Lew Burdette has announced he will run for governor of Alabama this year.

Burdette made the announcement at a campaign launch event at King’s Home in Chelsea on Tuesday, Jan. 4, the day before he qualified at the Alabama Republican Party headquarters in Hoover.

“Words cannot explain how excited I am, but at the same time, so humbled,” Burdette said. “I’m running for governor because our state is hungry. It’s hungry for fresh, strong, proven, common sense leadership to change how things are done in Montgomery; hungry for a leader who has a career and experience in the real world, not another lifetime politician.”

Since 2002, Burdette has served as president of King’s Home, a nonprofit organization that provides Christ-centered homes and services for youth, women, mothers and children seeking refuge from abuse, neglect, abandonment, homelessness and other impoverished conditions.

Prior to joining the King’s Home team, Burdette served as the director of Christian Education at First United Methodist Church in Florence from 1982-1985.

He then completed a 13-year career with Books-A-Million, where he held executive positions including executive vice president and chief operating officer.

Burdette founded a Christian retail superstore called Kindred in Birmingham in 1998, but the store had to close in 2001.

That’s when he accepted the opportunity to come on board at King’s Home.

“Political bigshots have told me that running for governor as a political unknown is a mountain too tall to climb,” Burdette said. “I’ve been told that it would take a miracle for me to win this race. Read my story, and you will know why I believe our God is a miracle worker.”

Burdette has long been open about the traumatic events of his past that ultimately shaped the person he is today.

Many have heard him share the story from a cold December night in 1974, when Burdette, then a 15-year-old high school sophomore, was kidnapped at gunpoint by two young men outside of his dad’s grocery store in Roanoke.

Burdette recounts his kidnappers taking him to a remote area down a dirt road, striking his head with a gun, stabbing him in the chest and back, and dropping him into a 30-foot water well before shooting him in the back of the head.

The men left Burdette to die, and he thought he would. But after struggling to stay alive for several hours, Burdette credits God with giving him the strength to climb out of the well and drag himself to a house on the dirt road for help.

Despite the slim chance doctors at the hospital gave Burdette to make it through the night, he not only survived but made what he calls a miraculous recovery that stumped his doctors.

“I am a fighter,” Burdette said. “God gave me the will to fight in the bottom of that well, and I will fight for all Alabamians, and I will be a fighter to do what’s right.”

Burdette said he will fight for small businesses and will not allow them to be shut down as they were during the COVID-19 pandemic.

“All business owners in this state have a friend in me,” he said. “Small businesses are essential, and you know what else is essential? Our places of worship. We will never close churches again in Alabama.”

Burdette said he will work to protect Alabamians’ freedoms, fight political corruption and lead campaign finance reform, noting he will not accept any campaign contributions more than $10,000.

Burdette said he will also champion improvements in education, healthcare and prisons in Alabama.

“Just like fighting for my life in the bottom of that well or fighting for the kids here at King’s Home, elect me as your governor to fight for your freedoms, your churches, your small businesses,” Burdette said. “Alabama needs a bold, new leader with a biblical worldview who will fight to do what’s right.”