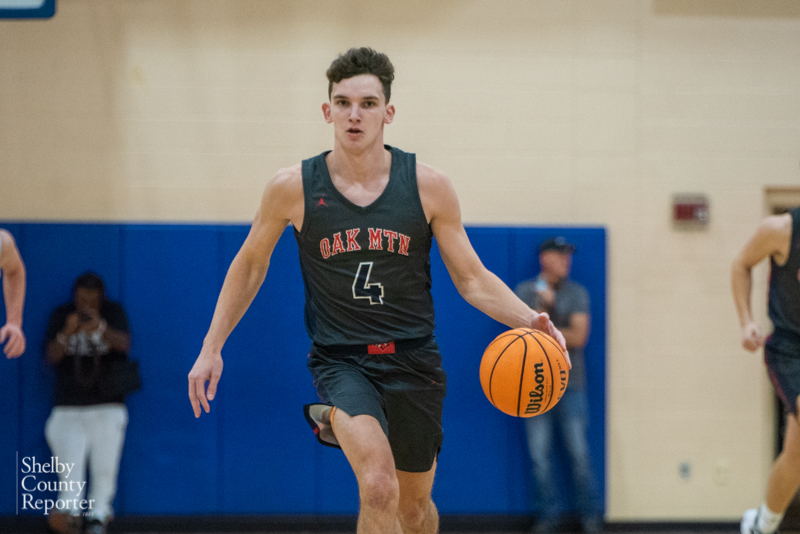 Oak Mountain picked up a five-point win against Oxford during an afternoon matchup on Tuesday, Jan. 4. (File)

NORTH SHELBY – The Oak Mountain Eagles were able to overcome a halftime deficit against the Oxford Yellow Jackets in a matinee matchup on Tuesday, Jan. 4.

Trailing by seven late in the first half, the Eagles ended the second quarter on a 4-0 run and came out of the half with an additional 10-0 run to regain the lead en route to a 47-42 victory to improve to 16-3 on the season.

In the opening quarter, the Eagles grabbed the early lead and were commanding the game defensively with a 7-4 advantage, but Oxford responded with a 7-4 run to end the quarter.

Tied 11-11 at the start of the second quarter, the Yellow Jackets continued their strong stretch of play, hitting a 3-pointer to start the period before eventually taking a 20-13 lead as part of a 16-6 run dating back to the first quarter thanks to three consecutive 3-pointers.

Oak Mountain, however, got baskets from Wilder Evers and Matthew Heiberger in the closing 1:30 of the half, including a last-second shot from Heiberger to cut the deficit to 20-17 at the break.

Evers used that end to the opening half to spark a special third quarter.

He, Brady Dunn and Ryan Giegel all scored early in the third quarter, extending the run to 14-0 dating back to the second quarter.

Oxford halted the run with a big 3-pointer, but Evers followed with a dunk and another layup on Oak Mountain’s next two possessions to make it 31-25, eventually leading to a 33-28 lead for the Eagles going to the final frame.

But the Yellow Jackets had another push in them.

They stung right back with a 10-3 run in the first 1:50 of the fourth quarter to steal away a two-point advantage.

Evers, however, followed with a layup to even the game once again.

That was followed by a Dunn 3-pointer, another Evers layup and a layup off a fast break from Giegel to give the Eagles a 45-40 lead.

Oxford went 1-2 from the free throw line on its next two possessions, creating a three-point game.

That gave the Jackets a chance as they got a shot with seven seconds left to tie the game. The shot, however, missed, giving Oak Mountain a 47-42 victory following two Heiberger free throws.

Evers led the way for Oak Mountain with 19 points, 15 of which came in the second half, while Dunn had 11.