Spain Park was able to pull off a tightly-contested rivalry win against Oak Mountain in a wrestling dual matchup on Monday, Jan. 3. (For the Reporter/Dawn Harrison) 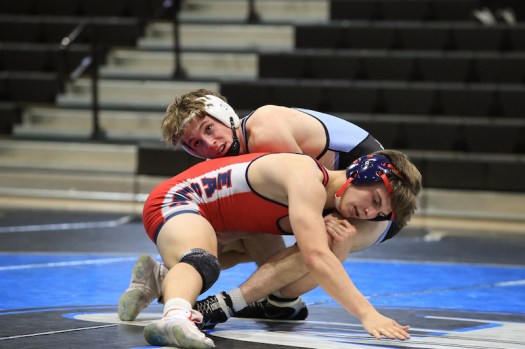 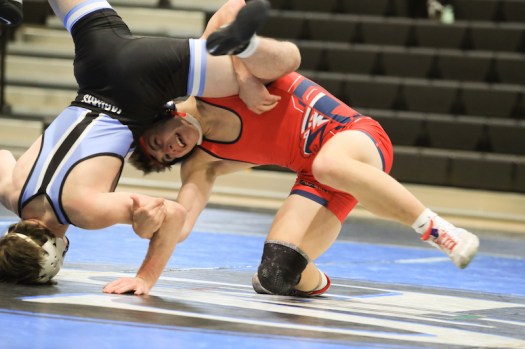 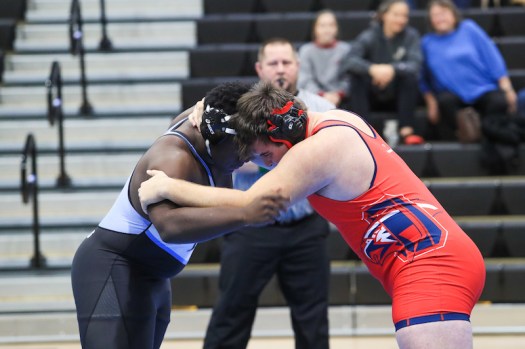 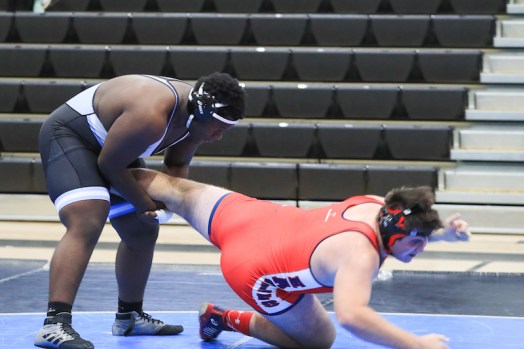 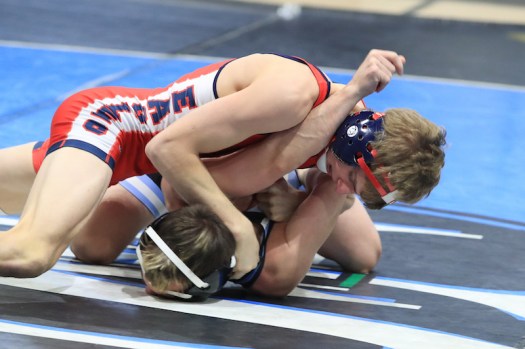 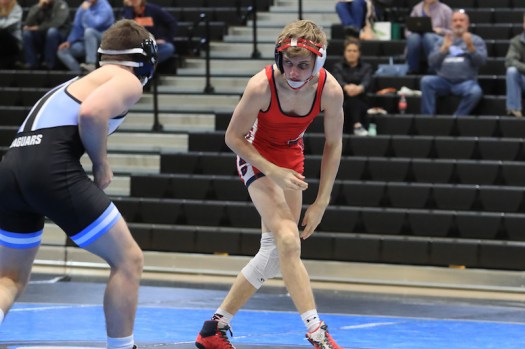 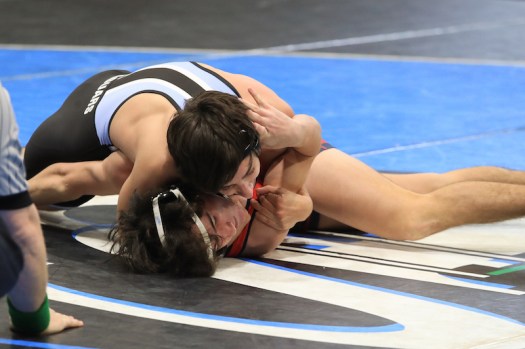 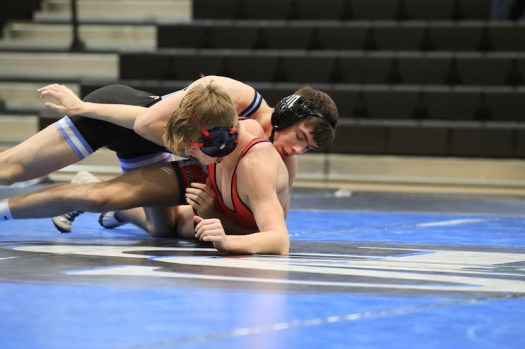 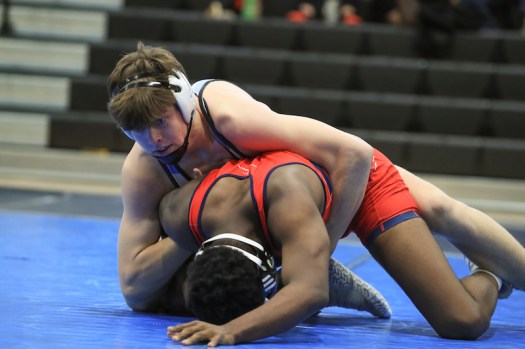 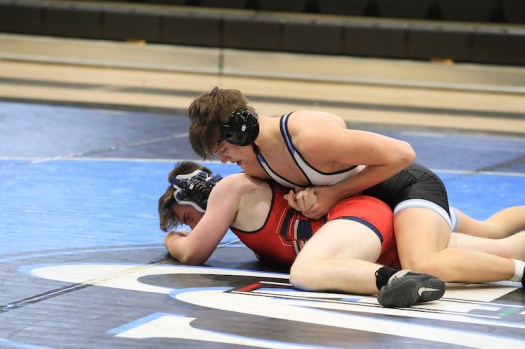 HOOVER – Spain Park welcomed rival Oak Mountain to the mat on Monday, Jan. 3 in a matchup of two top wrestling teams separated by less than 3 miles.

In a tense battle that came down to the last match, Spain Park was able to hold serve at home with a tight 37-32 victory.

The Jaguars, who were down a few wrestlers due to injury or illness, overcame several young wrestlers on the mat in the win, which is a step toward making the state duals tournament later this month.

Oak Mountain jumped out to an early lead, which the Eagles were able to hold until the final two weight classes.

In the heavyweight weight class, Rayshod Burts became the first Spain Park wrestler to put points on the board with a decision win over Nic Rigdon with a score of 2-0.

Spain Park then picked up a forfeit win in the 106-pound weight class due to forfeit.

Camden Tipton responded for Oak Mountain as one of the team’s top wrestlers behind a tech fall victory against Nate Philman in the 113-pound weight class with a fall time of 4:09.

That was followed by a quick pin of 46 seconds from Kirk Smitherman over Spain Park’s Kyle Fairless to give Oak Mountain a 14-point lead.

With eight matches left, Spain Park’s Bradley Williams stepped up big with the fastest pin of the day when he pinned Cooper Sciascia in 17 seconds for a win in the 126 weight class.

In the 132 weight class, Austin Buird of Oak Mountain faced off against Spain Park’s JR Thompson in a tight battle that became key in the point differential.

Thompson got the first take down to earn points, but it was Buird who controlled the remainder of the match, giving him a decision win of 7-4.

Spain Park’s Emilio Obrgon then stepped on the mat to square off against Oak Mountain’s Jesse Palmer and picked up a crucial win.

The freshman pinned Palmer in the third period with a fall time of 4:37, which brought Spain Park to within five points.

The Jags inched closer following the 145-pound matchup when Gabe Maddox picked up a 3-1 decision win against Aden Miller.

Oak Mountain responded when Andrew McAllister picked up a quick pin in the 152-pound division behind a fall time of 1:32 to help put the Eagles back in front by eight points.

But Thomas Hardy then picked up one of the biggest pins of the night in the 160-pound weight class to pull Spain Park within two points going to the final two matches.

That led to one of the most thrilling battles of the night between Jackson Mitchell of Spain Park and Zack Hauck of Oak Mountain with the two fighting to give their team the best chance at a win.

The two wrestlers ended the third period tied, which lead to overtime.

Neither was able to score in overtime, however, which sent it to a tiebreaker, eventually ending in a 6-4 victory for Mitchell and a one-point lead for Spain Park.

The dual then came down to the 180-pound weight class, and Spain Park’s Will Conlon left no doubt.

He took control early in the matchup and allowed just two points in a 10-2 major decision to complete the comeback victory for the Jaguars.