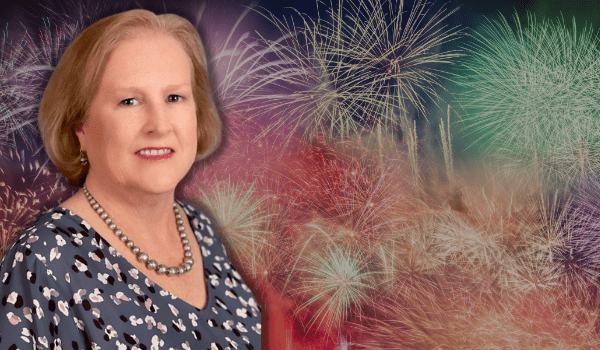 New Year’s resolutions originated over 4,000 years ago with the ancient Babylonians. They had the first documented New Year’s celebrations.

During Akitu, a vast 12-day religious festival, in mid-March, the Babylonians crowned a new king and/or re-committed their allegiance to the existing king. Their celebration included making promises to “the gods” to return anything they had borrowed from anyone and to pay off debts. Today, these “promises” are what we know as New Year’s resolutions.

The Babylonians believed if they kept their commitment, the (pagan) gods would show favor to them in the new year. If not, they would fall out of favor with the gods. If so, many of us would be far out of favor. But there’s something fun and challenging about making New Year’s resolutions even if we don’t keep them.

While breaking New Year’s resolutions are common, it’s interesting to consider what motivates us to make them in the first place? It’s a new start – a new beginning, a time for reflection and recommitment to something we hold dear or something we desire.

The past two years have not been shining examples of good times, but they have been a test – a test to check our strength, our character, our resilience, and our ability to persevere. They have been a near constant reminder that God is in control, and we are not. Thus, our spirit of survival and our resolve to overcome tough times has been prevalent.

A friend recently changed jobs and used the poem below to express her gratitude to her past employer for the “season” she spent there. I’ve heard it many times and felt it more than worthy to share. It is a prayer of Sir Francis Drake and a positive way to close 2021 as we head into 2022.

Disturb us Lord, when
We are too well pleased with ourselves,
When our dreams have come true
Because we have dreamed too little,
When we arrived safely
Because we sailed too close to the shore.

Disturb us, Lord, when
With the abundance of things we possess
We have lost our thirst
For the waters of life;
Having fallen in love with life,
We have ceased to dream of eternity.
And in all our efforts to build a new earth,
We allowed our vision
Of the new Heaven to dim.

Disturb us, Lord, to dare more boldly,
To venture on wider seas
Where storms will show your mastery;
Where losing sight of land,
We find the stars.
We ask You to push back
The horizons of our hopes; And to push into the future
In strength, courage, hope, and love.

Happy New Year everyone and may your resolutions be kept, and your load lightened. Here is hoping next year is the best of your life!